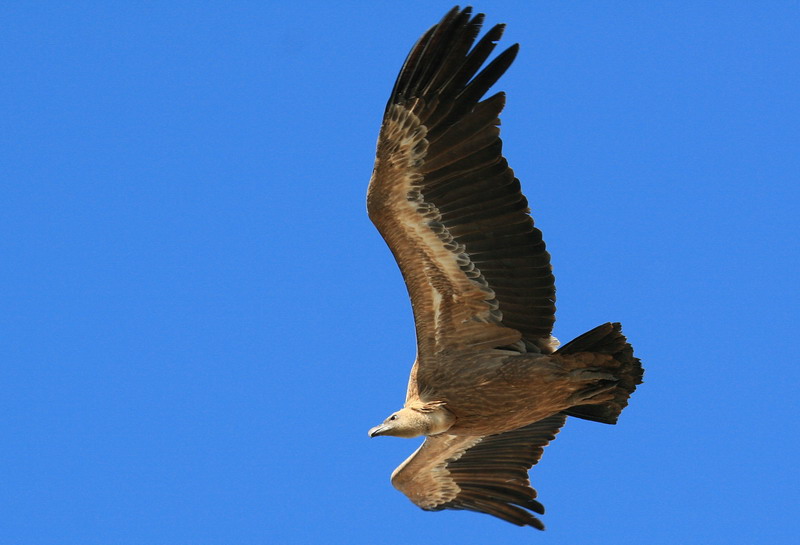 The population in Spain increased within the last 25 years by six times also because of the so called 'vulture restaurant': 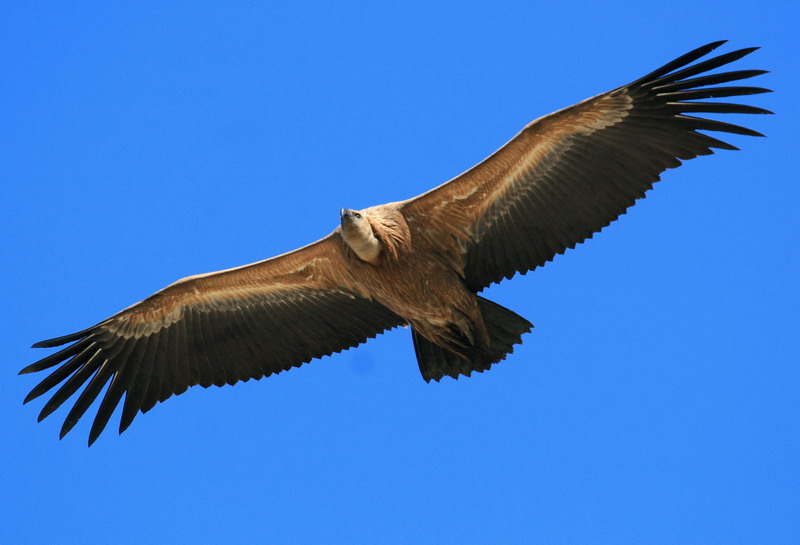 Modern agriculture, exaggerated hygiene and shooting in other countries on the contrary led to almost extinction of these giant birds. Troublesome but it is tried in some regions to resettle these animals again. 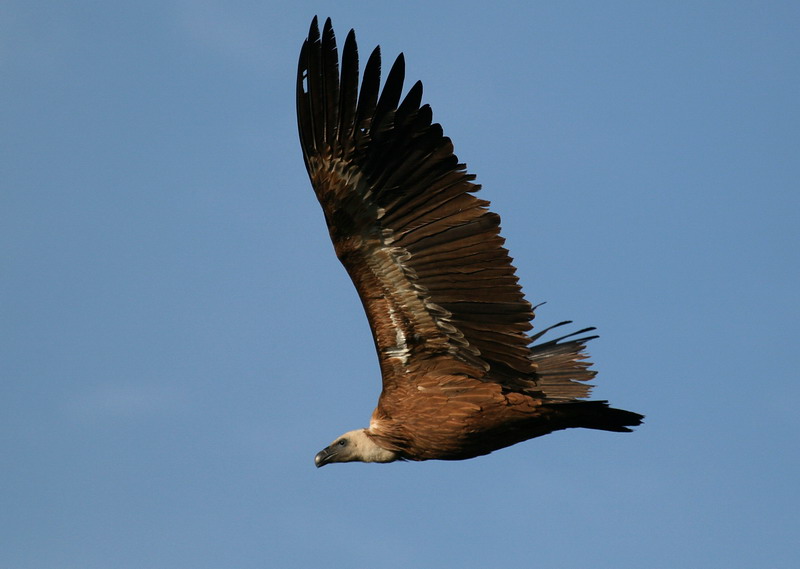 In a majestic pass-by flight this griffon vulture shows us his dark primal feathers which are clearly in contrast to the light upper wings: 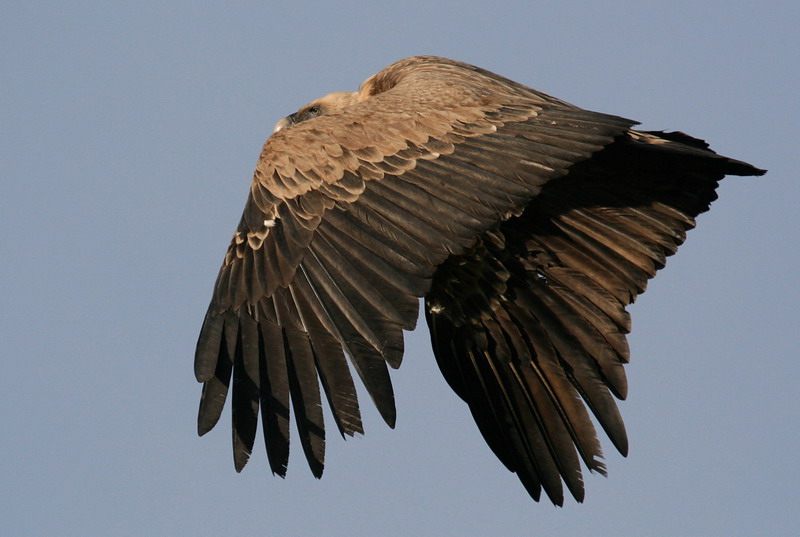 Vultures are like a kind of environmental police, because 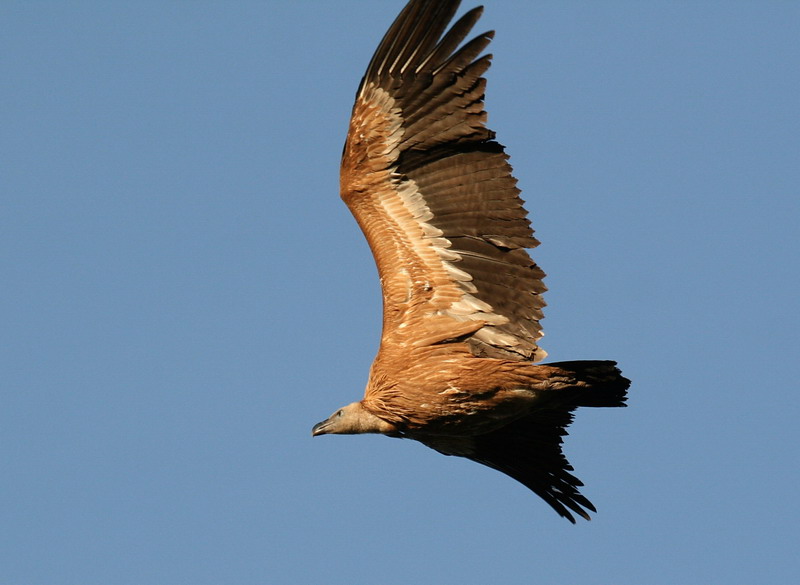 they dispose in a natural way anything what people classify as unhygienic. 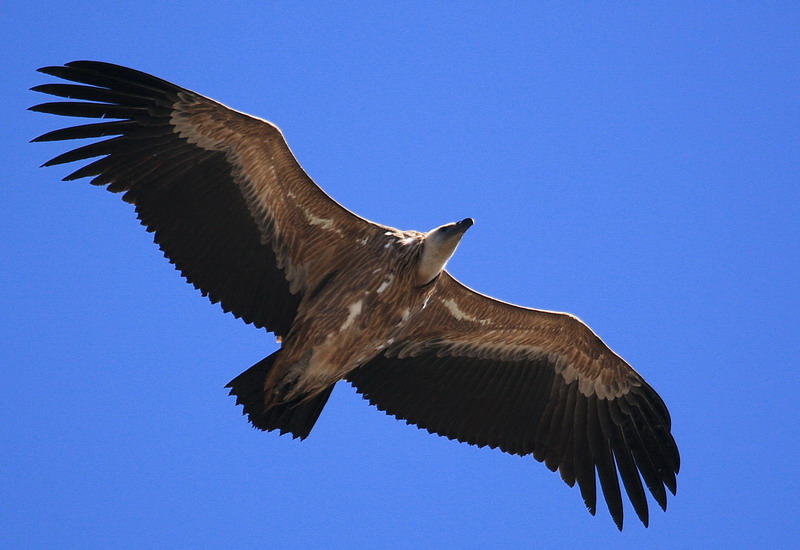 Therefore and also because it is just beautiful to see these big birds on the sky, we all should 'strike a blow' that the habitats of these giants on the sky are kept and new ones will be created! 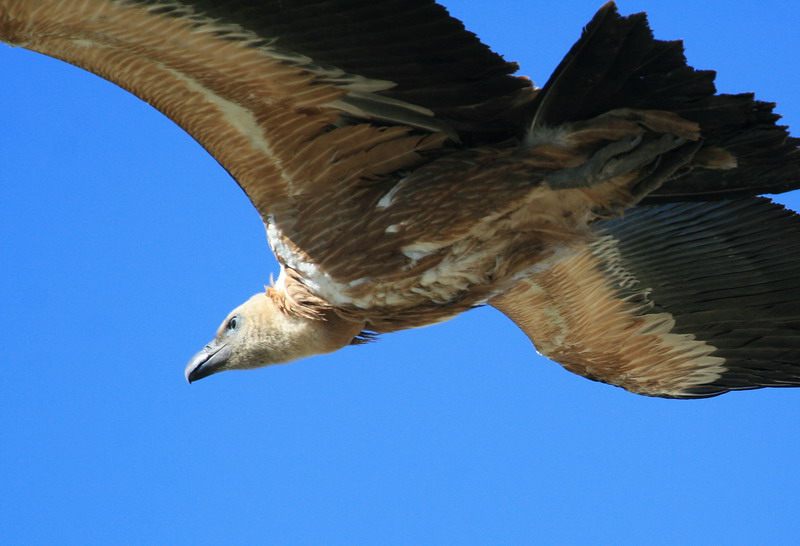 A carrion on pastures must not by all means be professionally disposed by humans. Let some things belong to the nature again! It is just for the own joy to see these birds gliding majestically on the sky! 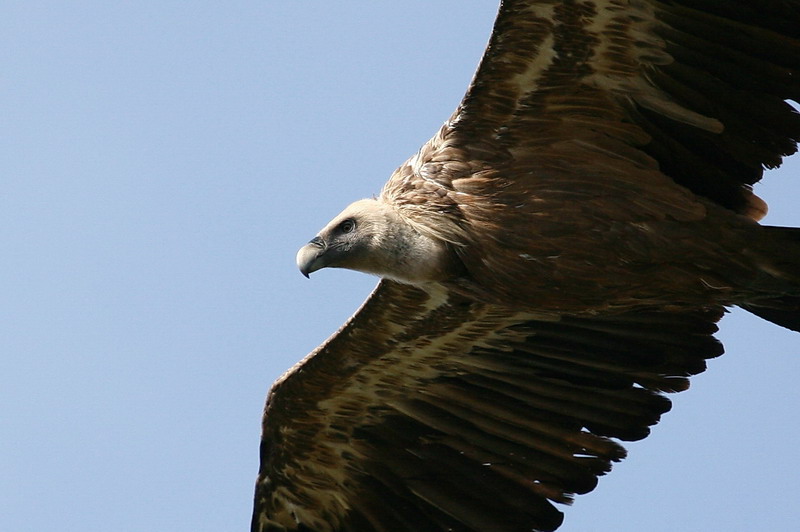