The powerful griffon vultures are nesting as well in the crags in the Nature Reserve Los Alcornocales as in the Sierra de Grazalema. They are social birds, we see them during our trips quite frequently in the Andalusian sky. They are looking for carrion of dead cattles on the pastures. Before the BSE-Scandal there were so called 'Vulture-restaurants'. On certain places people put dead animals for the birds, that they can feed there. This procedure was according to the EU-regulations concerning the BSE-scandal forbidden. But in the meantime these regulations are lucky enough been cancelled, because lots of the griffon vulture starved and the search for food even made them fly up to Germany, where they partly landed totally exhaustet and in some cases they even died. - On the garbage dump of Los Barrios very often huge flocks of griffon vultures are to be seen- It still is a place where they can find food. Let's hope, that this disposal site won´t be also closed soon!

Seldom you get the chance to make photos of these birds from close-by or while they are sitting. Different from the big eagles the heads of the vultures are bald, that means without long feathers. Because they dig around in the carrion and this would be, concerning the hygiene, with long feathers a great disadvantage. 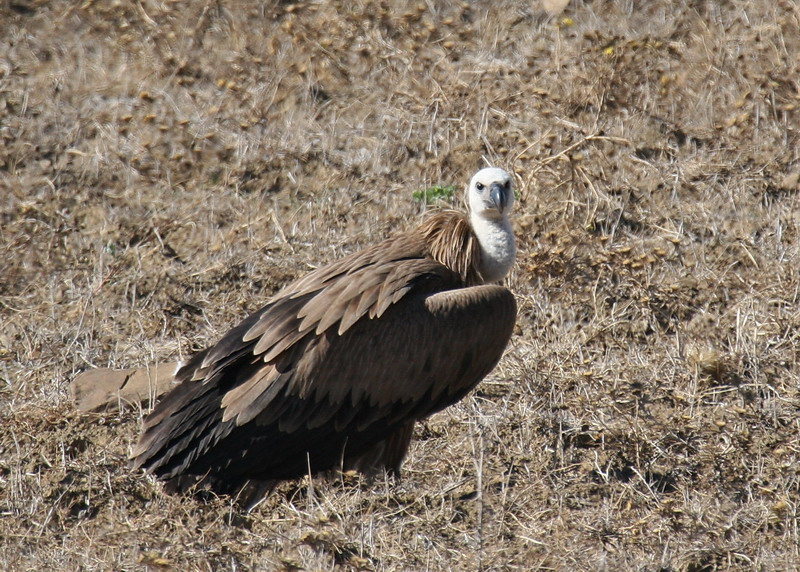 A griffon vulture flock above the garbage dump of Los Barrios 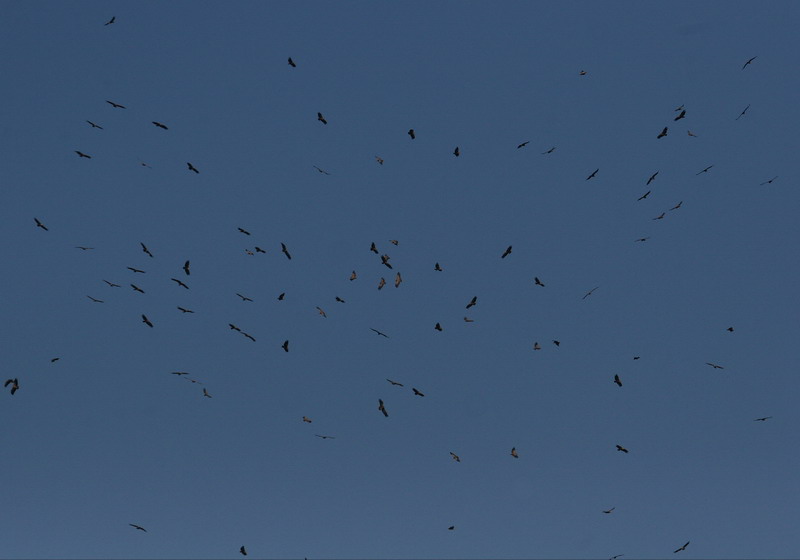 And on this very garbage dump there are good chances to see the birds in low flight. And it already happened to us, to feel the wind of their heavy stroke of wings. Those are very impressive moments to be so close to such a big bird: 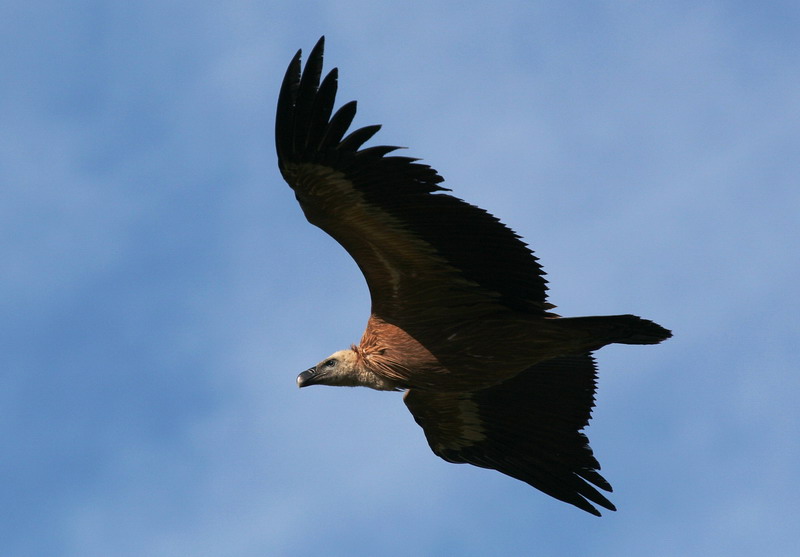 This griffon vulture is still young, as one can recognize because of his dark ruffle and the dark face: 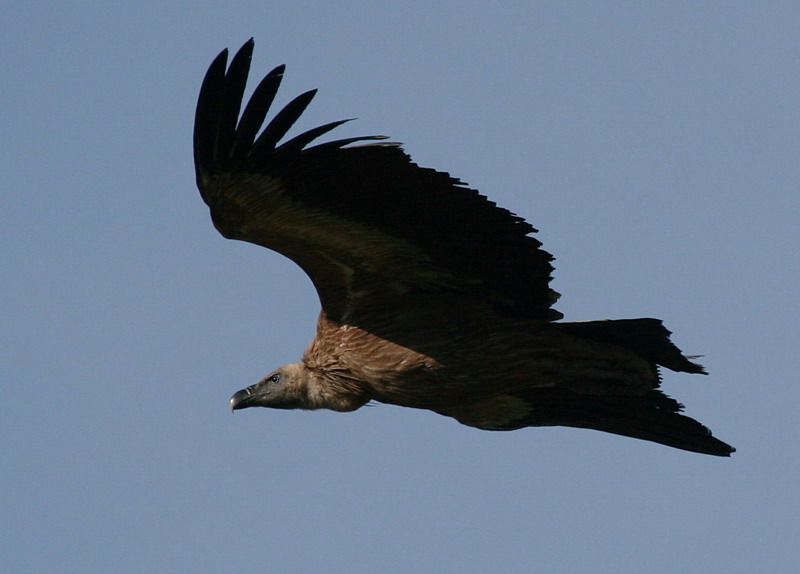 This one in contrary is an adult bird, as the light ruffle, the light face and the lighter beak can tell. It takes all together 6 years until a vulture is a real adult bird. 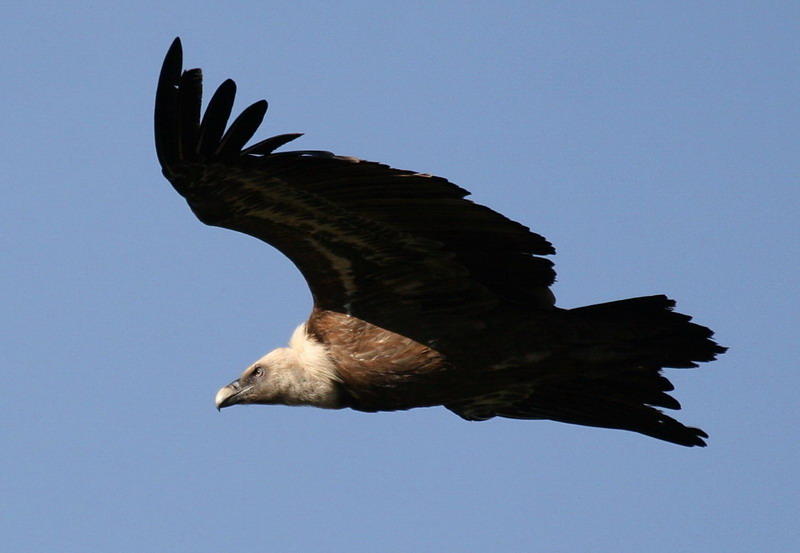 Well and this is how these beautiful birds unfortunately are also signed in Spain. I hope, that such kind of "markings" at least help for a lot of enlightenment and protection. 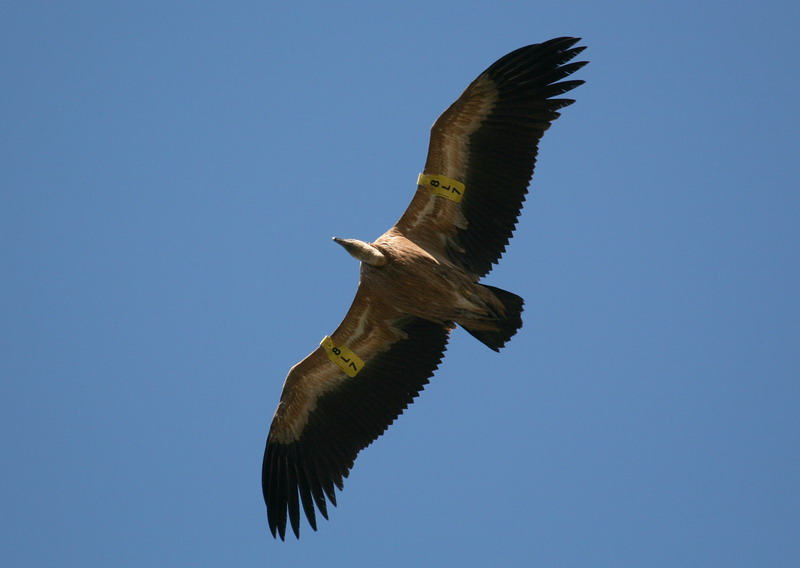 Griffon vultures can become up to 25 years of age. 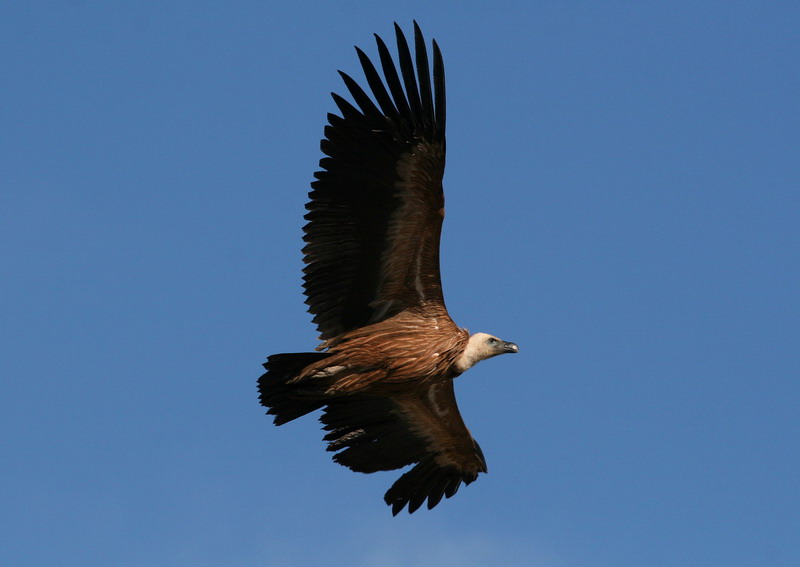 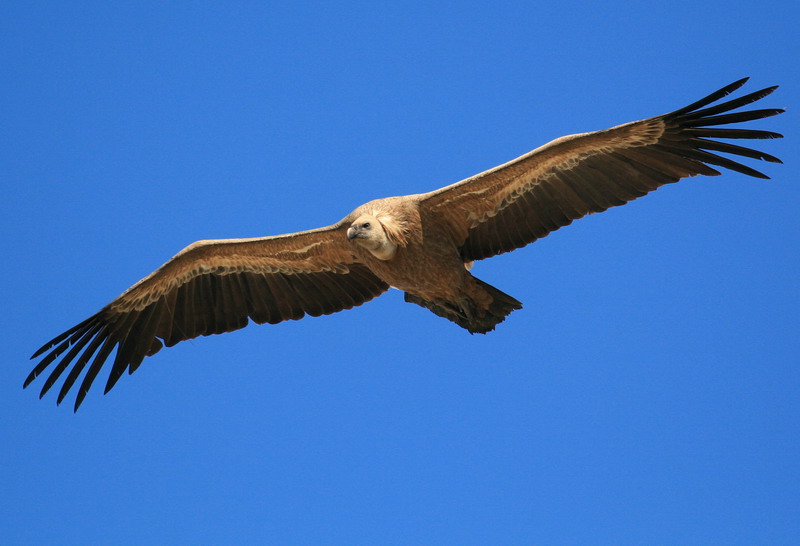 to glide for hours without one stroke of wings: 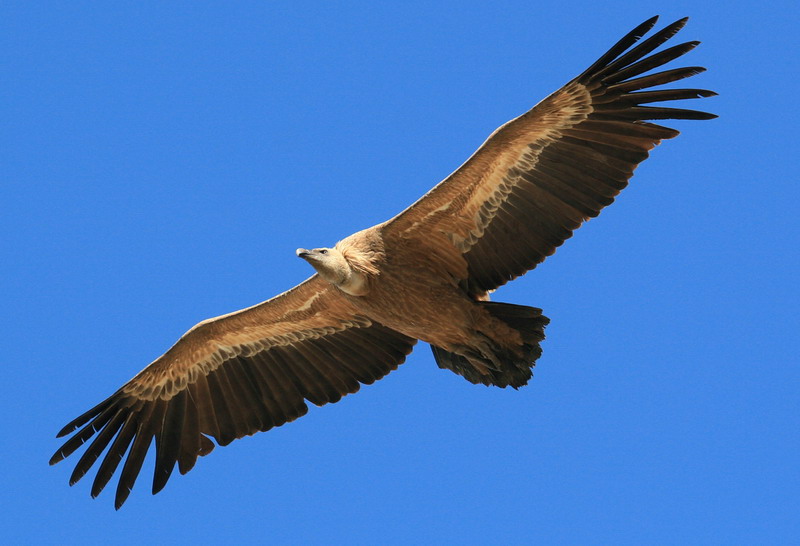