impressive scenes about the bird migration take place every year directly in front of my doorstep. Because only a few kilometers away every evening about 40.000 starlings are gathering and populate the gum trees on a quite frequented shopping street. All around they would have lots of sleeping possibilities in natural surroundings, but no, already since years this alley in the middle of human business world is to the tasted of the huge flocks of starlings. Because where humans are around the natural enemies of the starlings are not or only hardly showing up, and so the starlings feel very save on their sleeping trees. Of course so many thousands of birds make a lot of dirt on the footpaths, but I never heard anyone complaining about. Quite the opposite, when the stars at sunset fly in the peoples stop to watch this terrific scenery on the sky. Parents show their little children enthralled the flight maneuver of the starlings. And all eyes are shining: the ones from the children and as well of the adults! During the day the European starlings are often together with their Spanish relatives, the spotless starlings, looking for food in the surroundings. Shortly before sunset they are meeting on certain points and gather together in small or very large flocks. Small groups fly to the sleeping trees in a low flight and do not exercise any flight maneuvers. They want to get into safety as quick as possible. The huge flocks fly very high. Mostly they are coming out of three directions and just above the sleeping trees they are performing the every evening spectacle, which is also known in German major cities. Here now photos from the Spanish wintering grounds of the European starlings. Have fun! Birgit

The first flock is showing up on the sky: 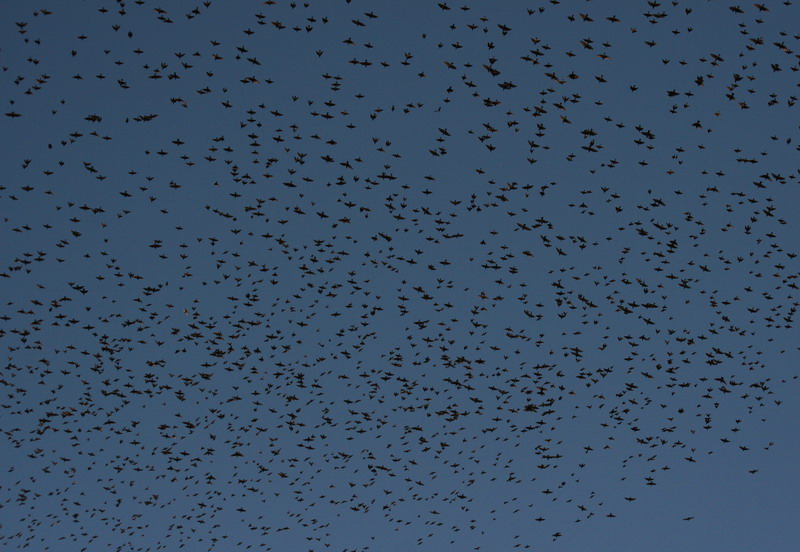 In the frontlighting of the sun 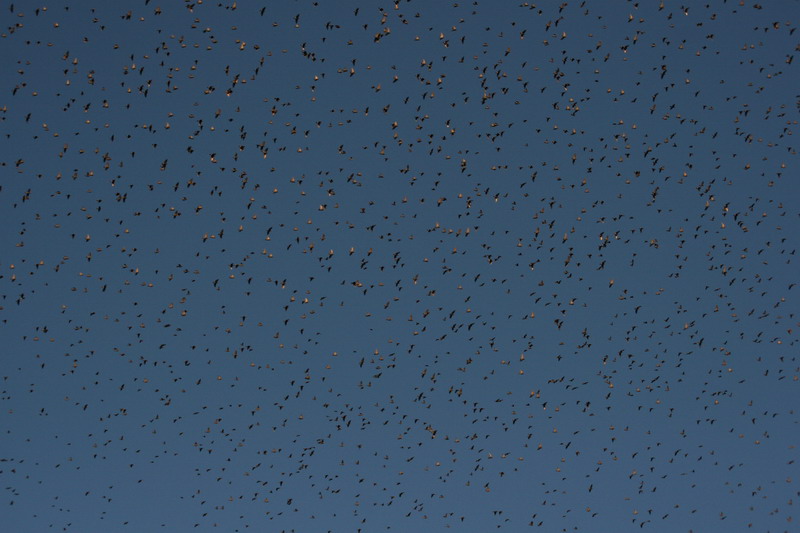 the birds are shining like little diamonds in the sky: 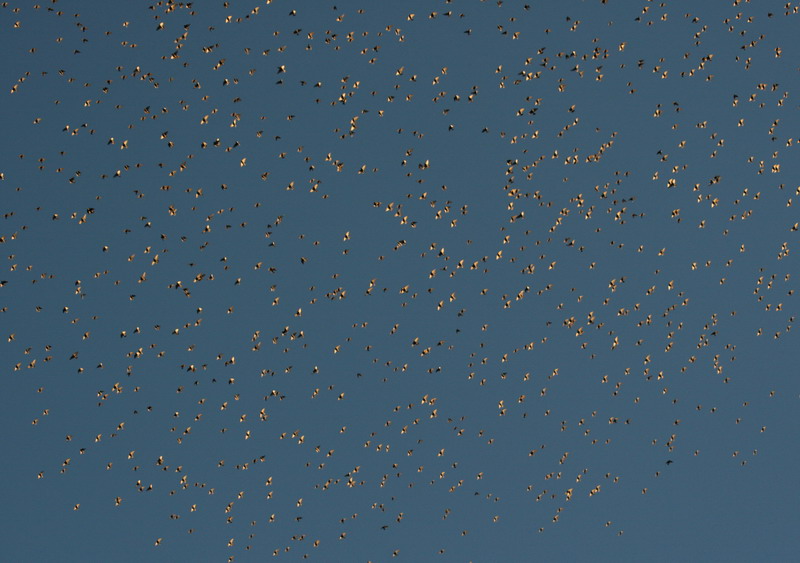 Another flock is arriving: 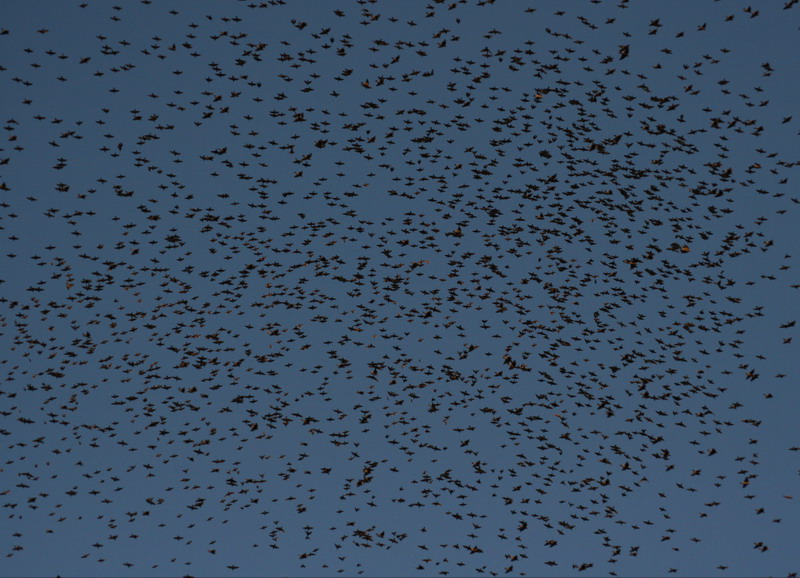 Some birds are leaving the flock to fly directly into the sleeping trees: 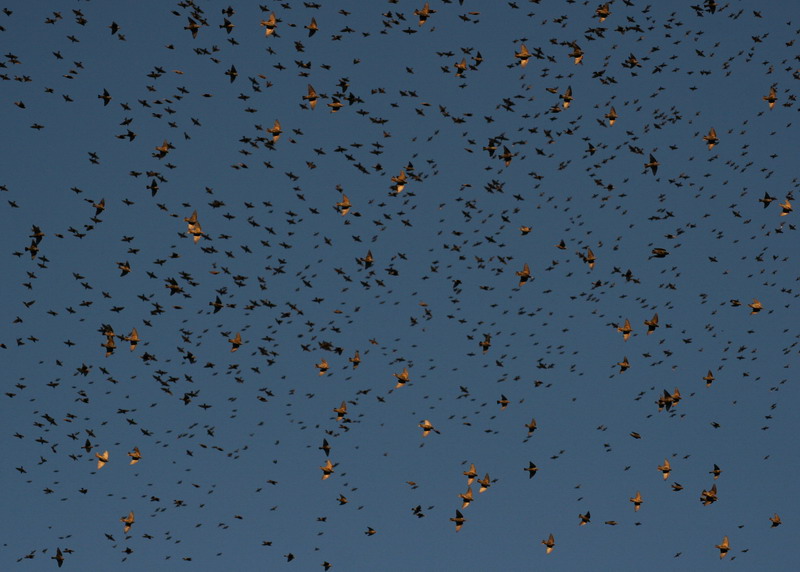 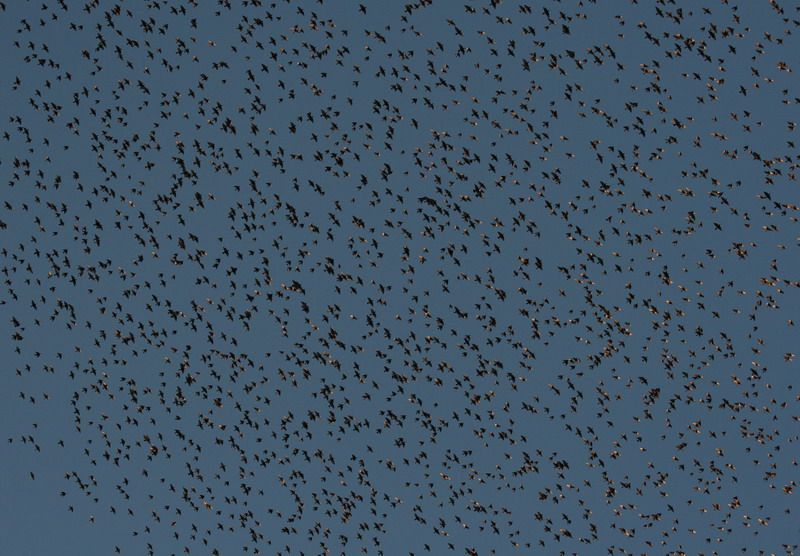 is making to the joy of all who watch the scenery enthralled, many more rounds: 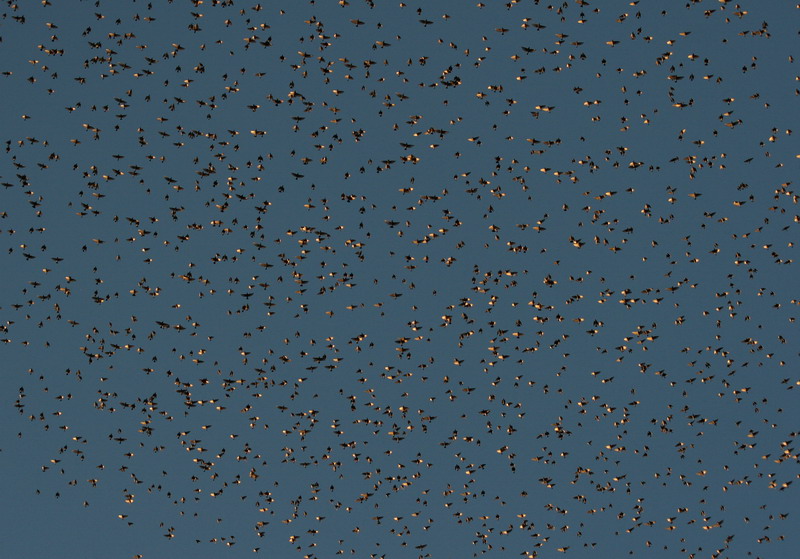 As soon as the three large main groups arrived 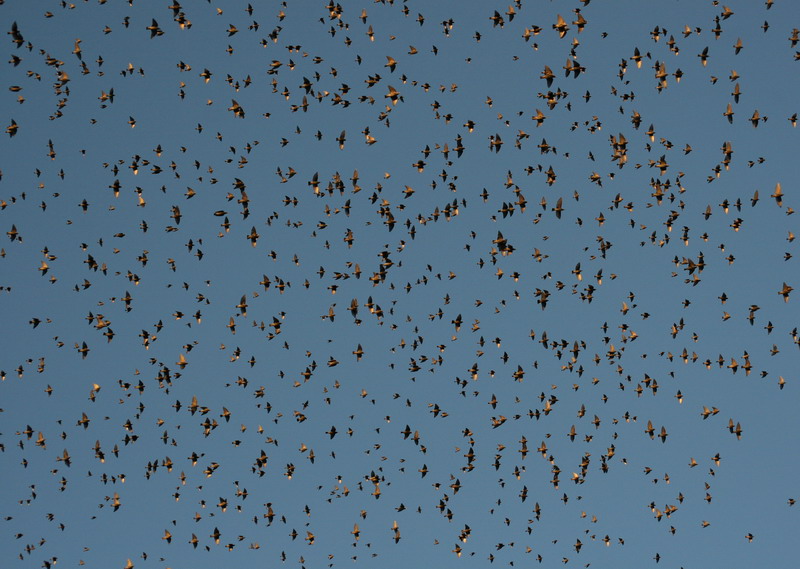 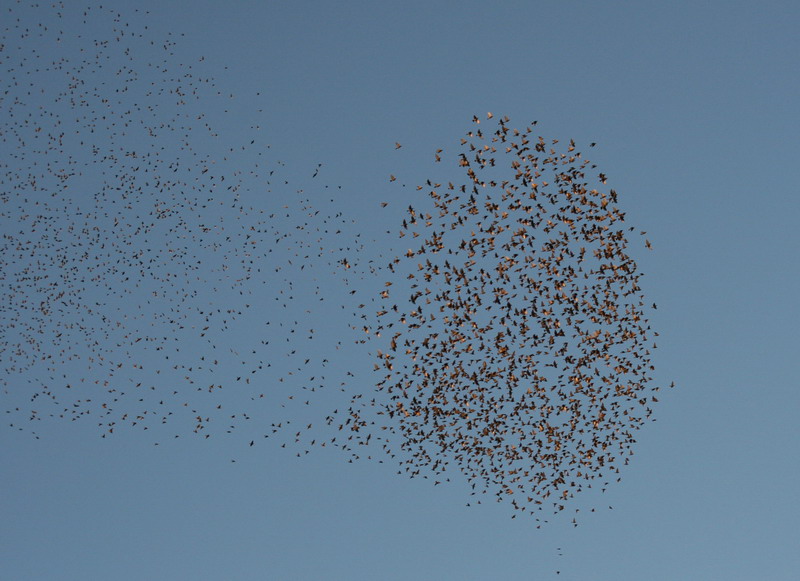 Every evening this scenery is repeated. It is like the starlings are reacting after secret rites and only they have the key to the secret: 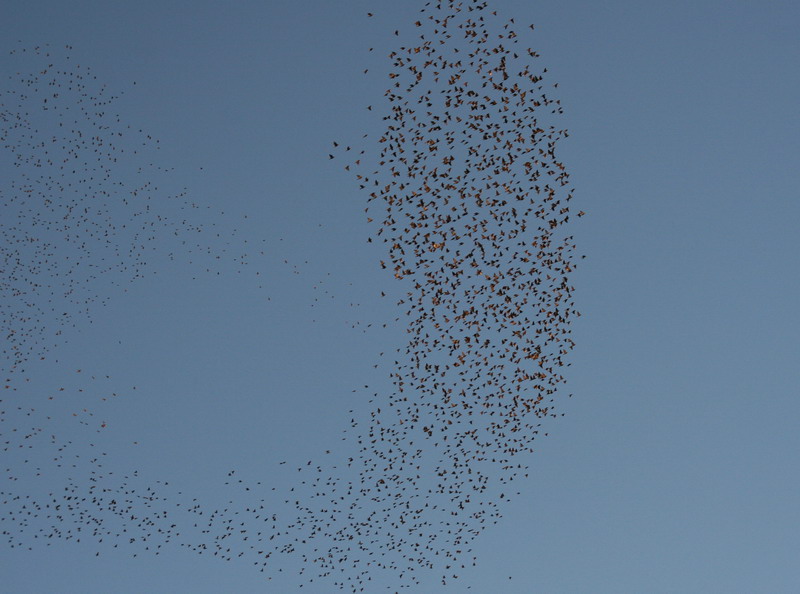 Like torpedoes more and more starlings are leaving the flock to shoot head first into the sleeping trees: 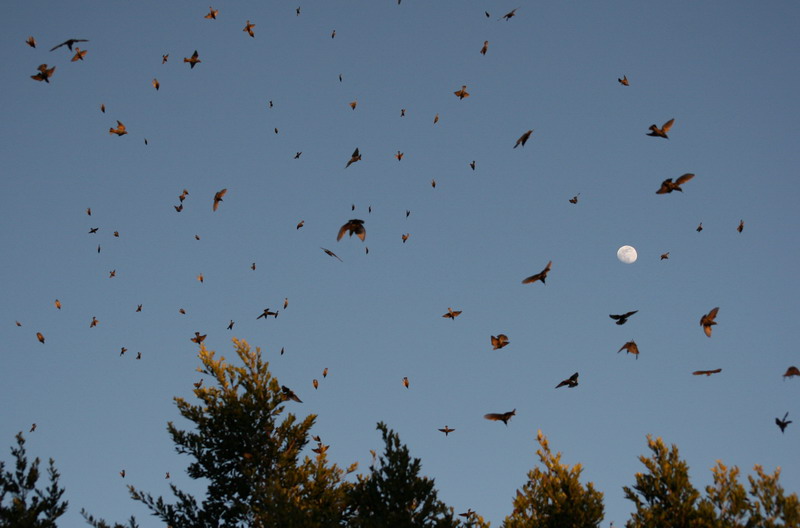 Next morning the birds take off to look for food and soon after the public utility is coming with big water pipes to clean the foot paths! During the day the street belongs to the people, during night definitely to the starlings!