At the homey biotope it really got going! Not only, that we were able to observe the fantastic migration of the honey buzzards, no, also a booted eagle is circling several times a day above the homey biotope. To the shock of the collared doves! Not without good reason!, because when we arrived at home on Saturday we found rest of feathers on the lawn. Someone struck and under suspicion is this booted eagle: 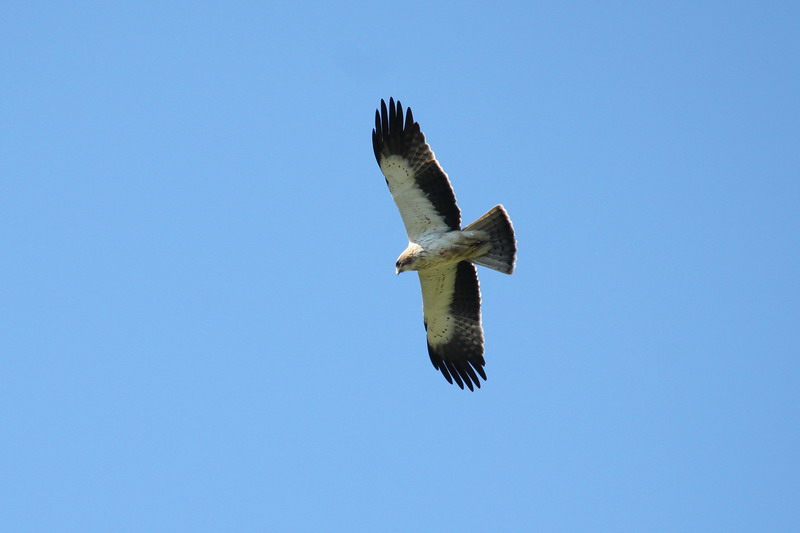 Well, we sat down, relaxed drinking something, and noticed at the same moment, that a group of red-rumped swallows flew more and more low. They had discovered the rest of feathers and urgently wanted to get them! The first brave ones took a feather in flight. Slowly they noticed, that we wouldn't do any harm to them and were landing! Such nice sceneries took place, which I would like to show on this site.

"Well, now I have the choice! Which feather should I take for the nest?"

Other red-rumped swallows were enthused from all the small feathers:

"Well, yes, from these feathers I shall take as much as I can take in my beak!":

"My children shall have a very soft nursery!"

The story of the feathers in the biotope got around with lightening speed in the circles of the red-rumped swallows:

"There are still some relatives who don't know anything about the gorgeous feathers. So I blow my throat and

tell them from the ground!"

And the wealth of feathers was shortened in no time we saw it with concern and collected ourselves dove-feathers where we found some hidden in the garden. But that was not enough. Then I had an idea!

Didn't I have an old cushion were often feathers looked out? Exactly the right thing to make the red-rumped swallows happy! The cushion was cut open and we put a heap of feathers just on the lawn.

And soon they landed in the middle of the soft feather hill:

"I cannot believe my own eyes! Sooo many feathers!"

And immediately also these feathers were picked up and in countless flights brought to the nests:

This is how a happy red-rumped swallow looks:

The nests seemed to be ready, because now the red-rumped swallows were hunting high up in the air. Only once in a while one is coming to pick up a feather. So nice to have seen these beautiful birds from so close! I am looking forward to see them hunting together with their offspring above the biotope. And next year I urgently have to remember that by the end of April/beginning of May there must be feathers lying in the garden! 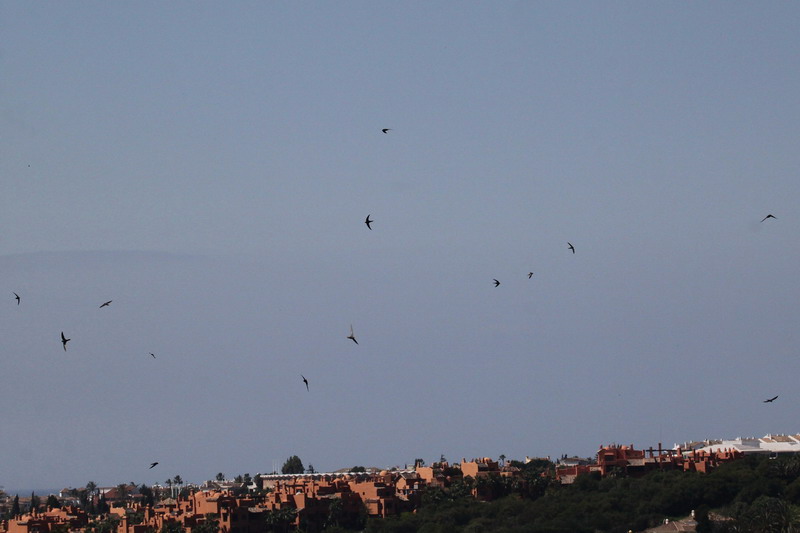 Best regards from the homey biotope