Again and again I hear here in the homey biotope the characteristic calls of Cetti's warbler, sometime even could see them scurry and immediately disappear in the bushes. Until now I was not successful in making photos and always I said smiling to myself "they tease me!" - well, today I was sitting at the ponds edge to make photos of the frogs when I saw some movement in the opposite bushes out of the corner of my eyes: 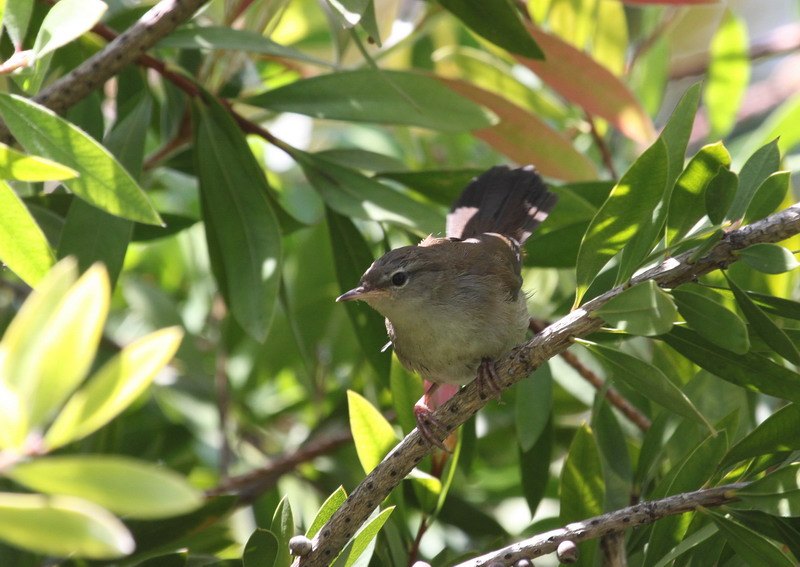 A young Cetti's warbler scurried around in this very bush and I caught my breath as he even sat still for a second:: 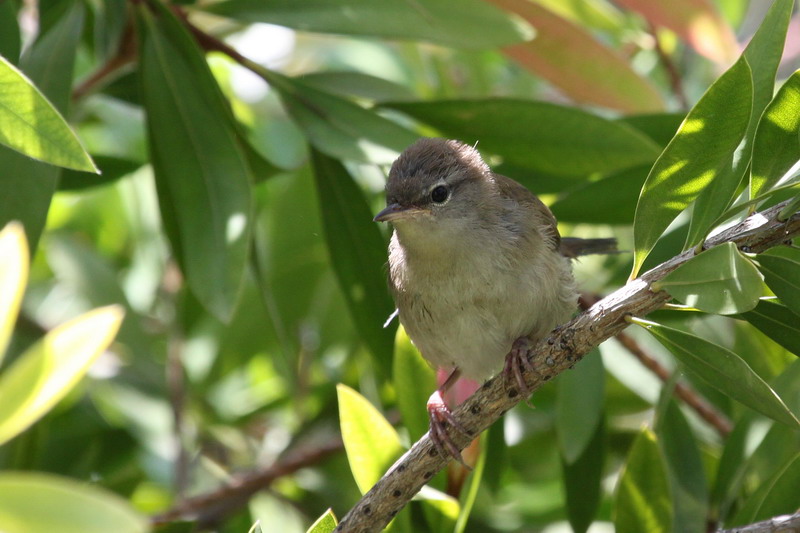 But not enough! He came out of the shadow of the bush and landed directly in front of my nose on the pond plants: 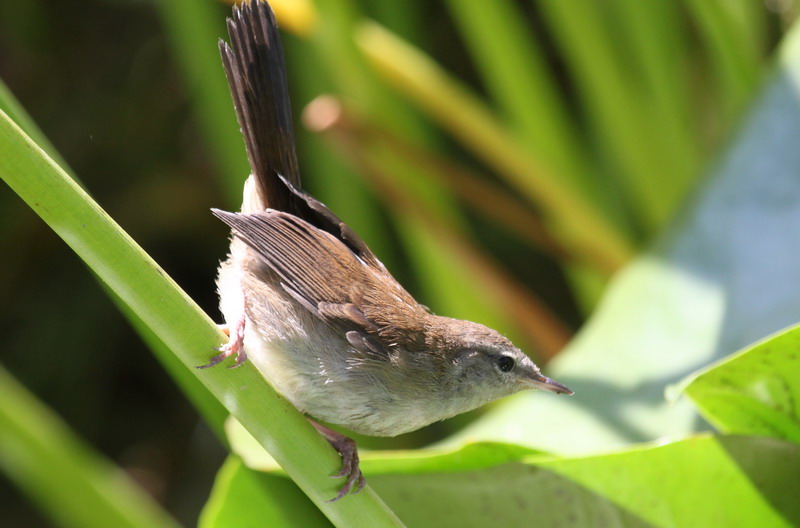 And then this small restless fellow really gave me another chance to photograph him. Soon after he disappeared behind the water lilies showed up again after a while shortly flew into the bush and ... gone he was! But I was so happy to finally see him from that close! 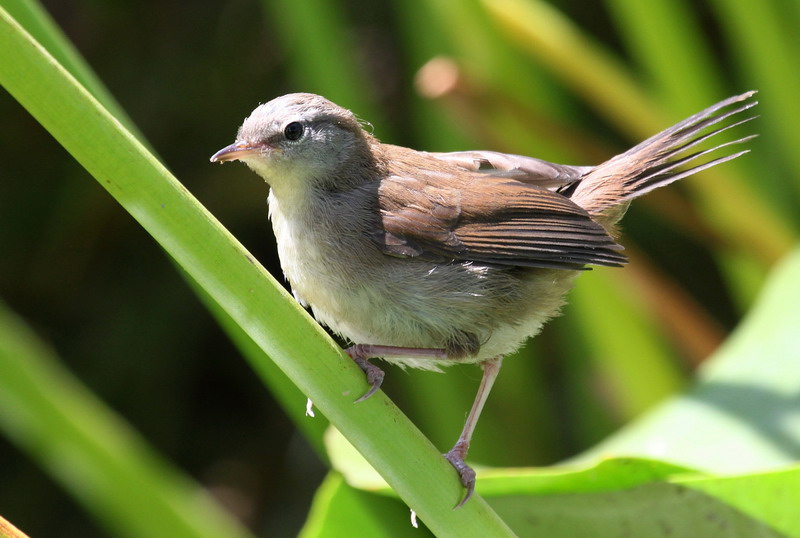 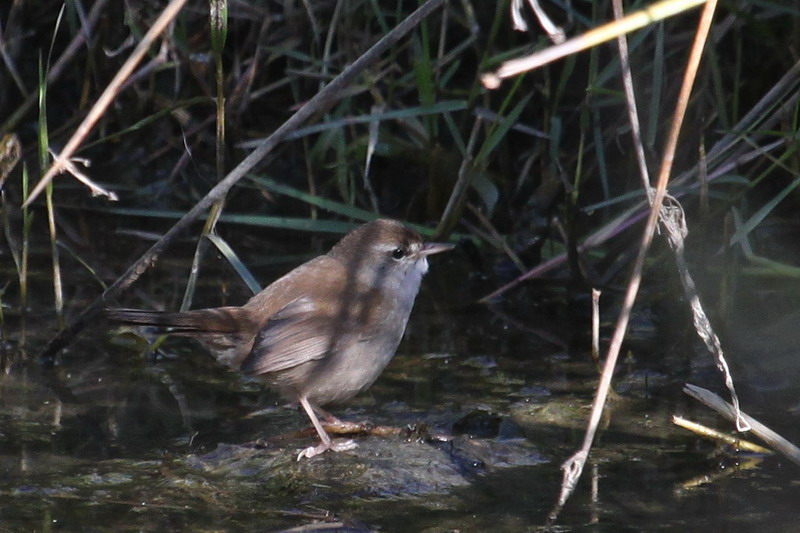 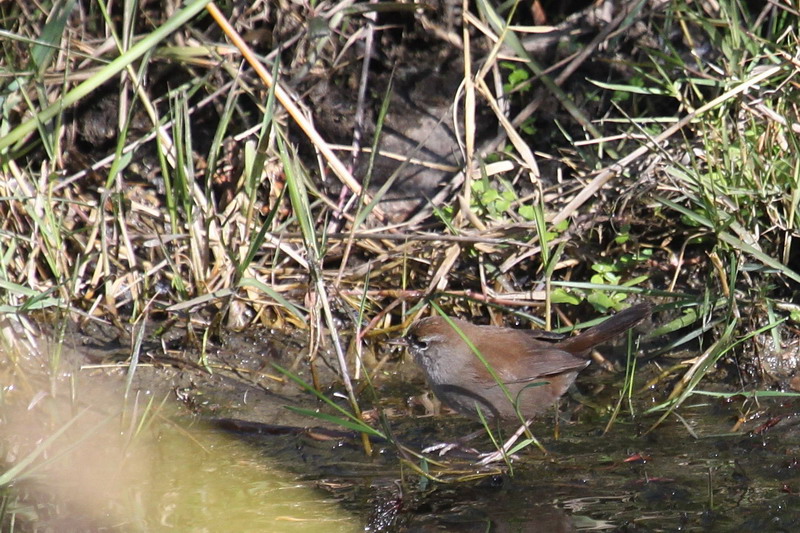