Just great, after quite a long time it worked out today and we went to visit the storks at San Roque!

Well, what happened to the nest of beautiful Inge? Why it looks so poor? And now there is even a house number on it! We were told that some bases were changed for bigger ones, which ... 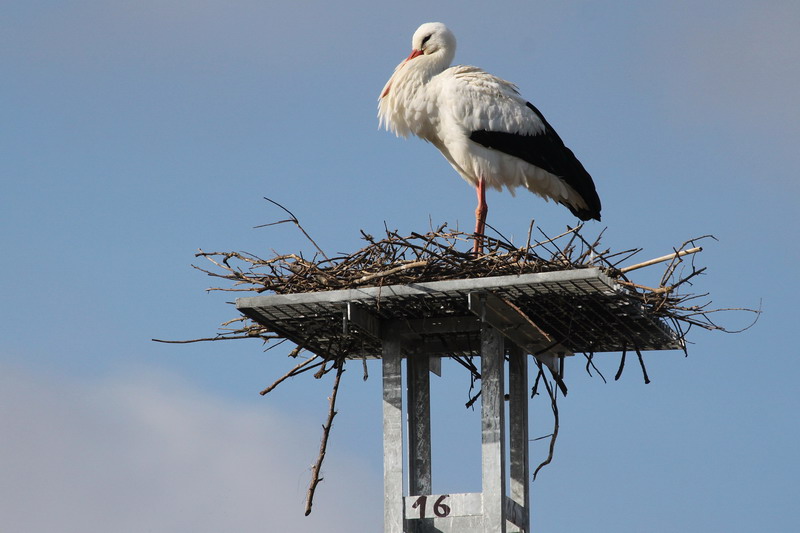 ... not only forces beautiful Inge and her Hans ... 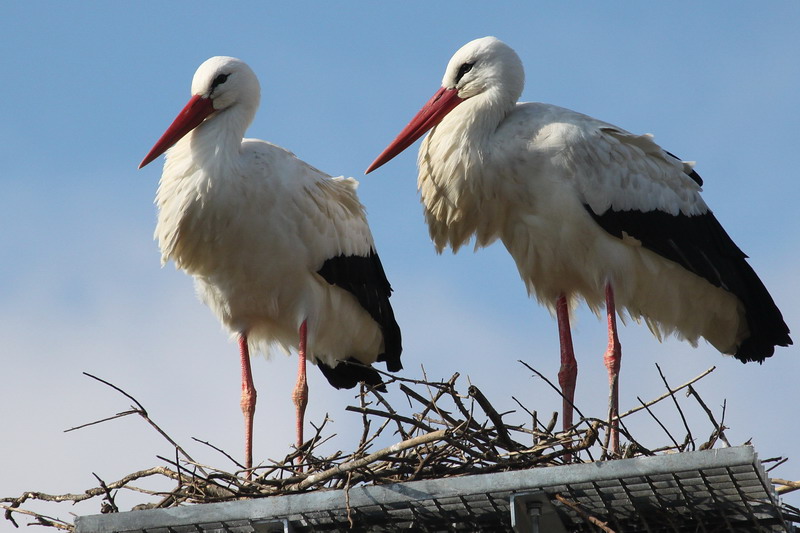 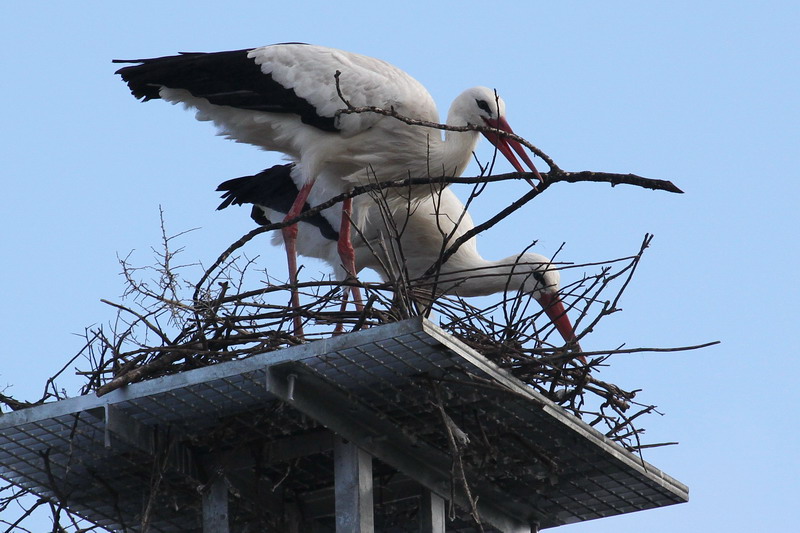 Really not so easy to place such a big branch correctly, but somehow, sometimes it was done and ... 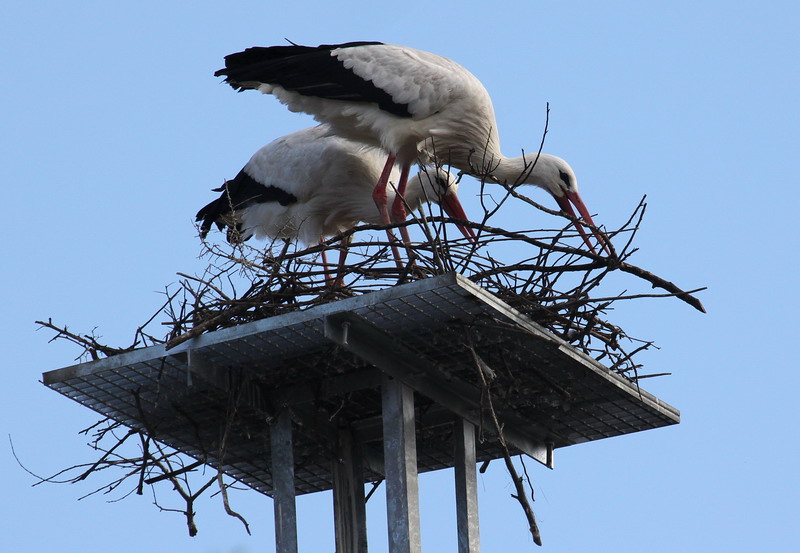 ... beautiful Inge immediately flew off to look for more material 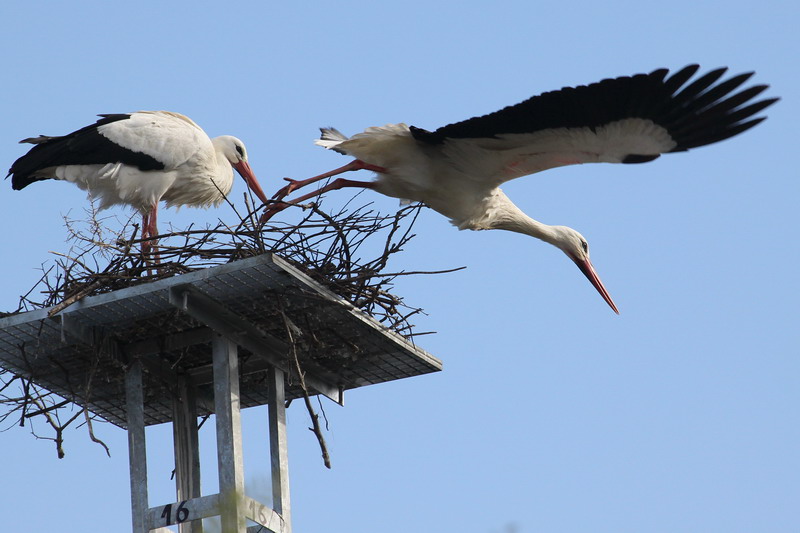 I wouldn't be able to build such a nest with my two hands, but the storks manage it with their beaks! Kudos! 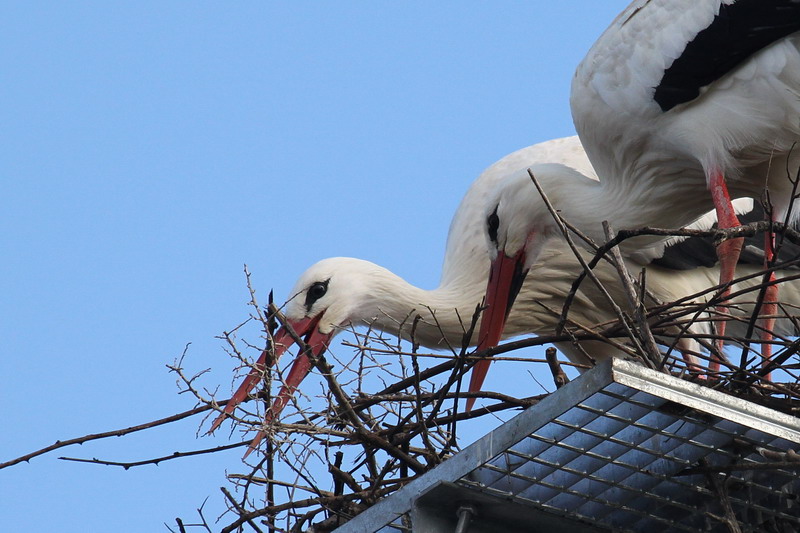 "Why nobody here has time to play with me?" this small dog lives beneath the nest of Inge and Hans: 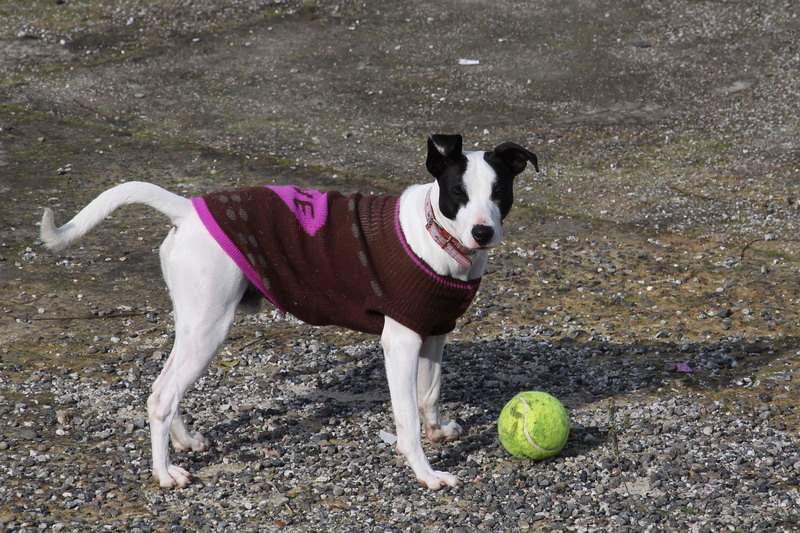 Further away a stork nearly was delirious with joy that he had found an unoccupied platform. It was so cute, because he strode up and down the base, as if he wanted to measure the square meters and in between again and again jumped for joy! 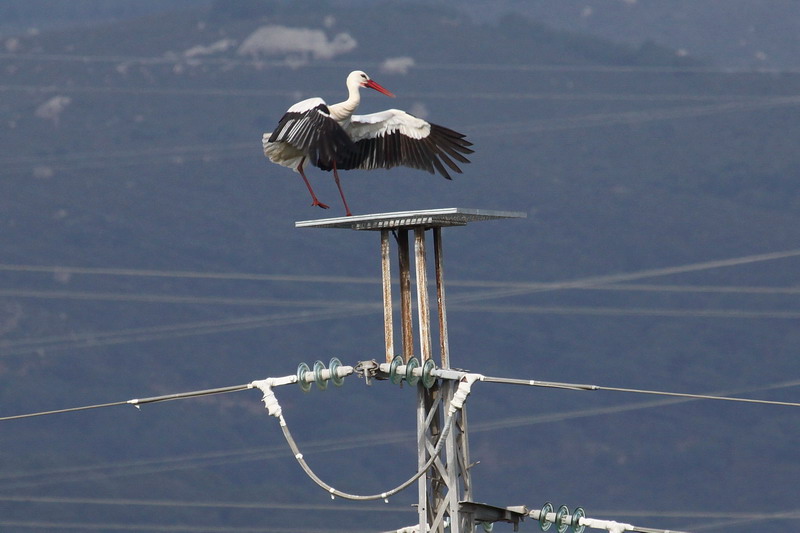 ""And I have to hurry to the home-improvement market before it closes!" 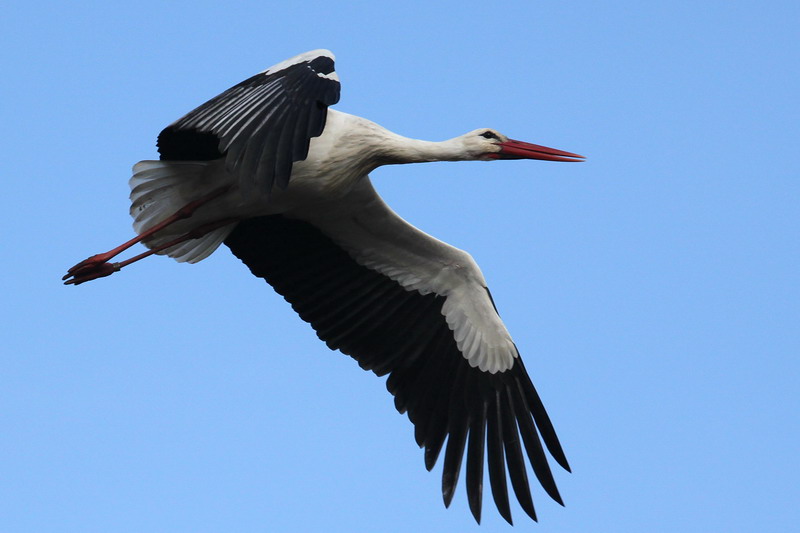 Also Bonnie and Clyde got a new platform and house number 17, their new nest is more improved than that from Hans and beautiful Inge. Malicious tongues tell in the Colonies, that 99% of the nesting material was stolen from the neighbors! 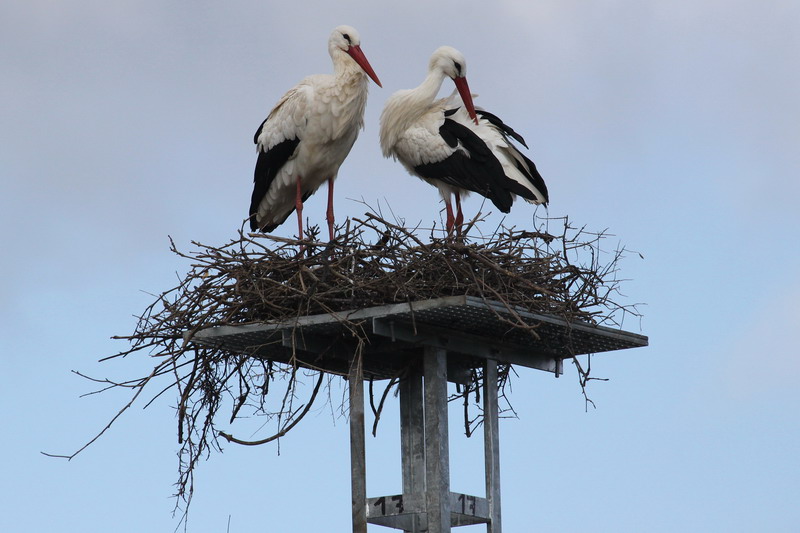 So it is about time to show deep affection: 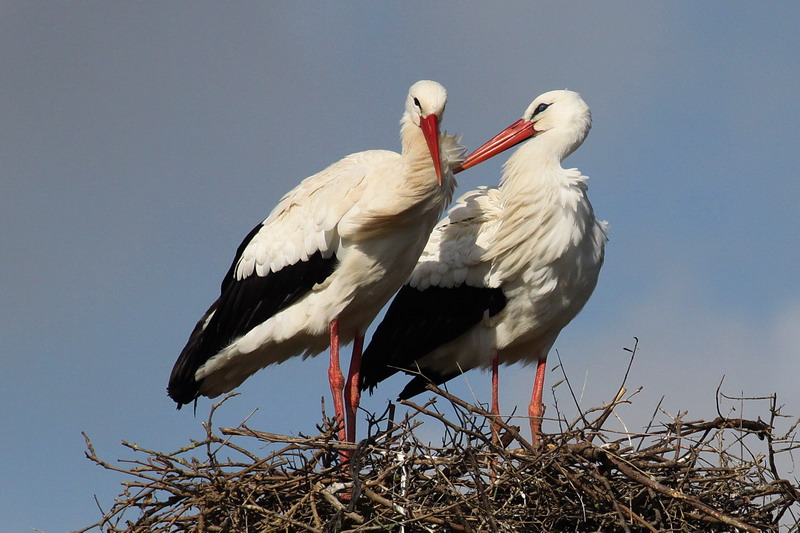 Bonnie adores her Clyde and helps him loving to clean his plumage: 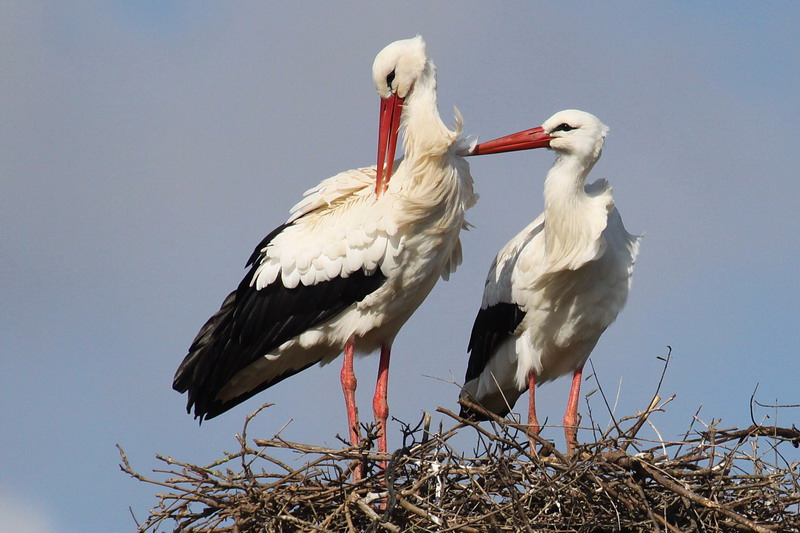 But Clyde in this very moment doesn't have any romantic feelings: 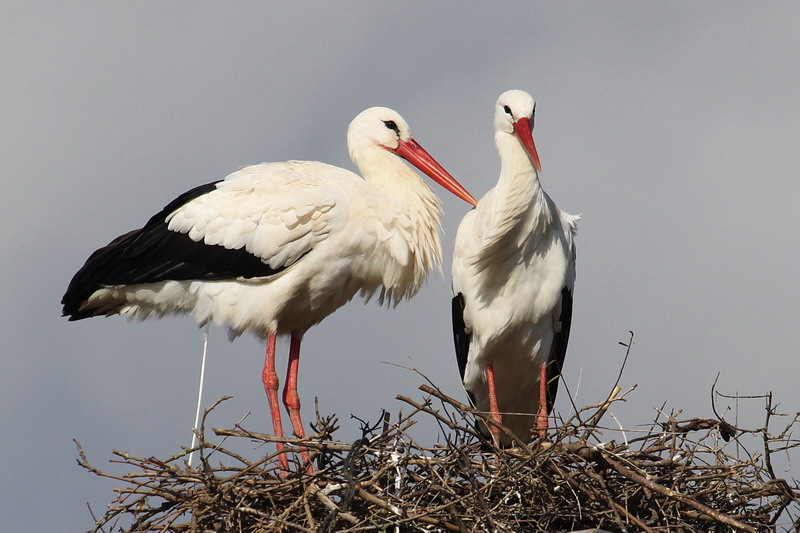 Finally both decided to look a little bit stork-TV, because ... 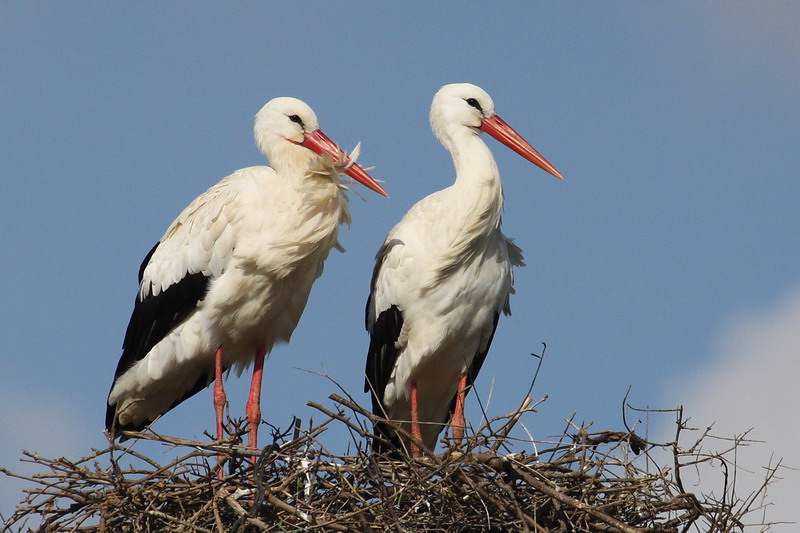 ... there was a very thrilling happening with the title ... 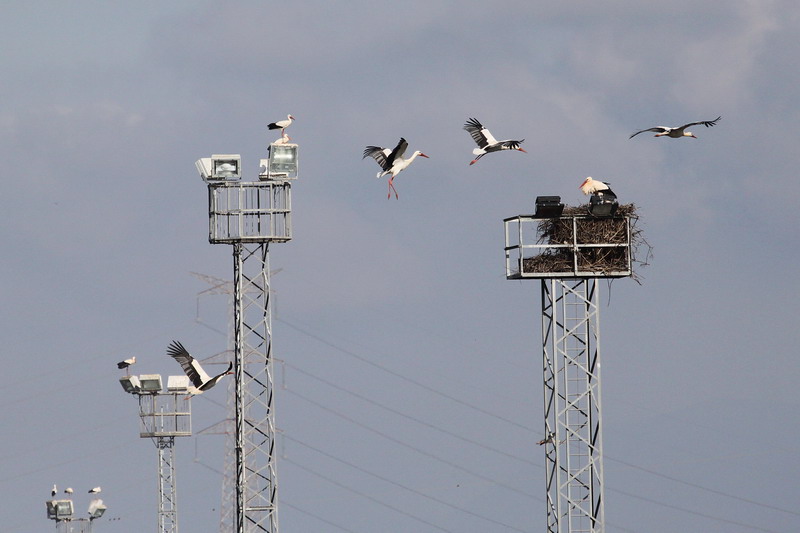 ..."save your nest against intruders, if you can": 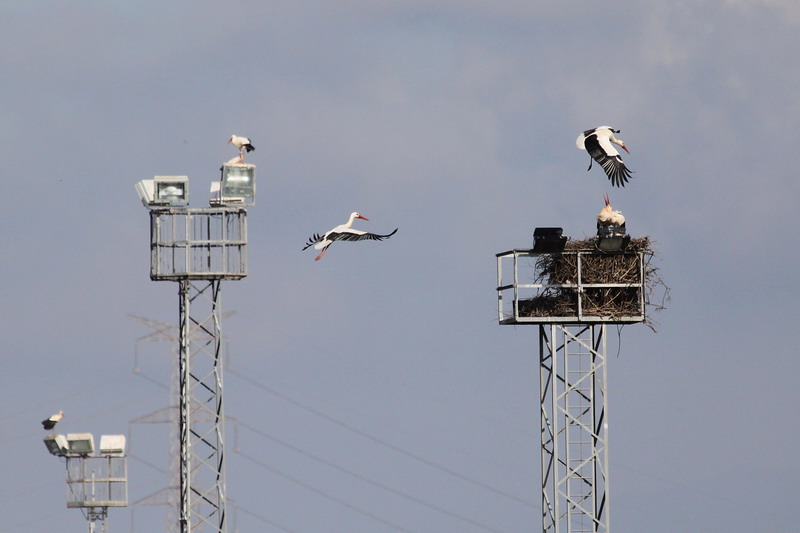 A real stork thriller, because the poor stork in the big nest had to avert umpteen attacks: 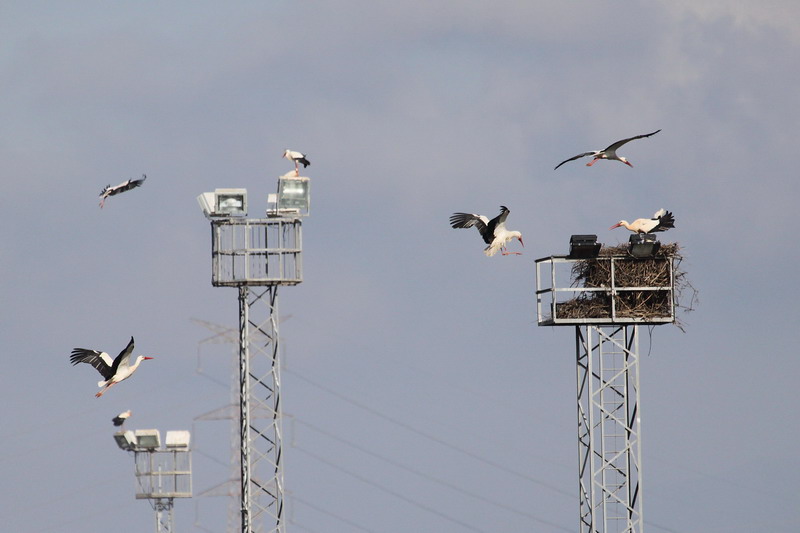 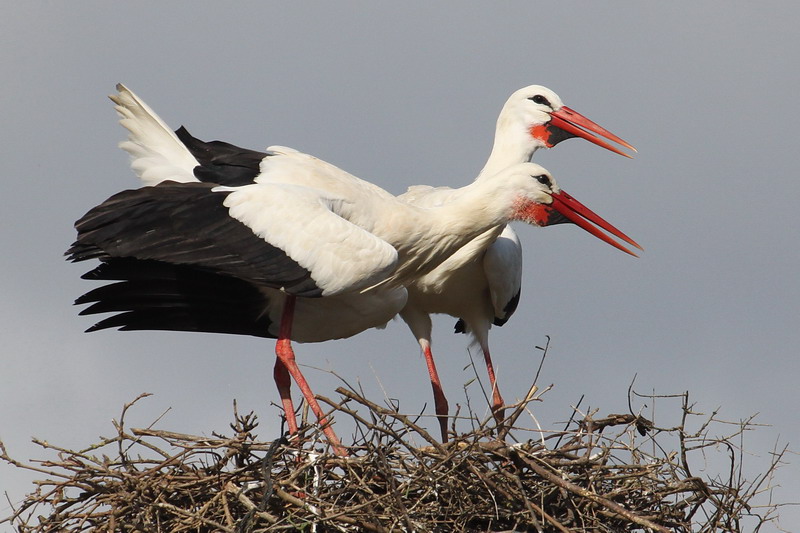 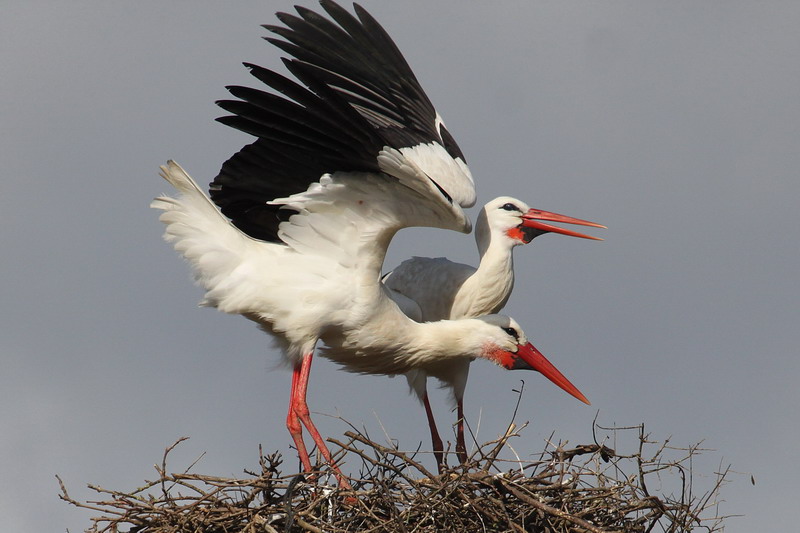 This colony with that many storks is just too funny and today again was a day I thought: " What beautiful expressional birds they are!"

"Gheeee, I am also beautiful!" this little fan-tailed warbler tells out of the bushes and ... 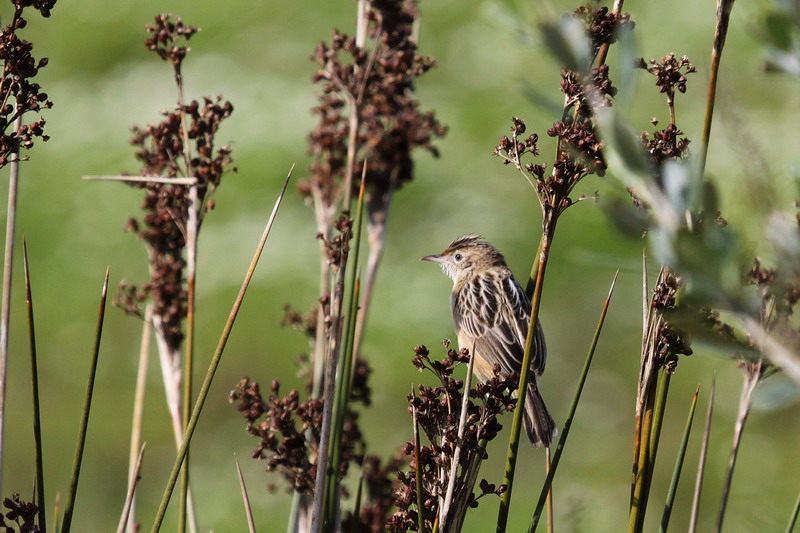 ... also the young yellow-legged gull showed herself at her best: 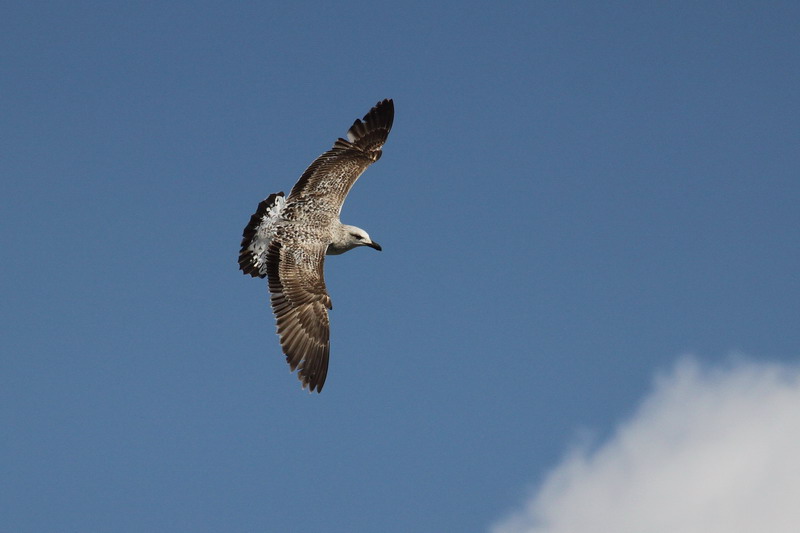 And this buzzard circled loud calling in the sky: 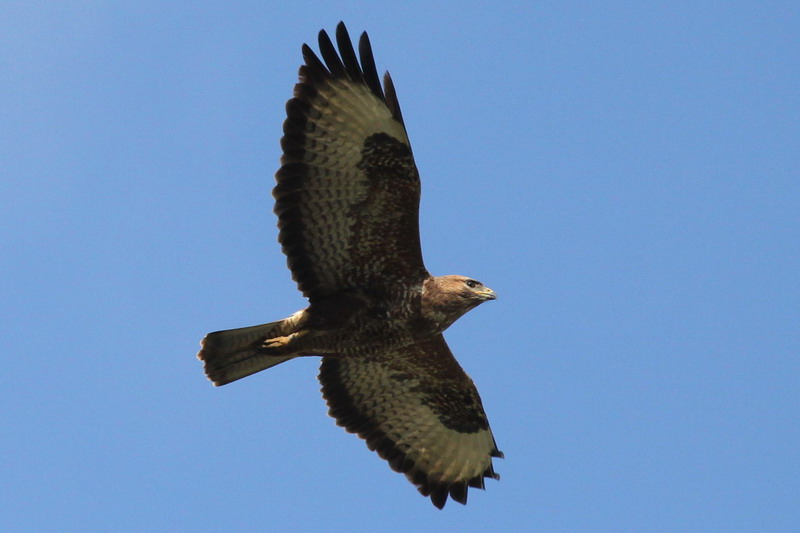 What a beautiful day!!!