African Mantis (Sphodromantis viridis) at the oviposition and the following feast 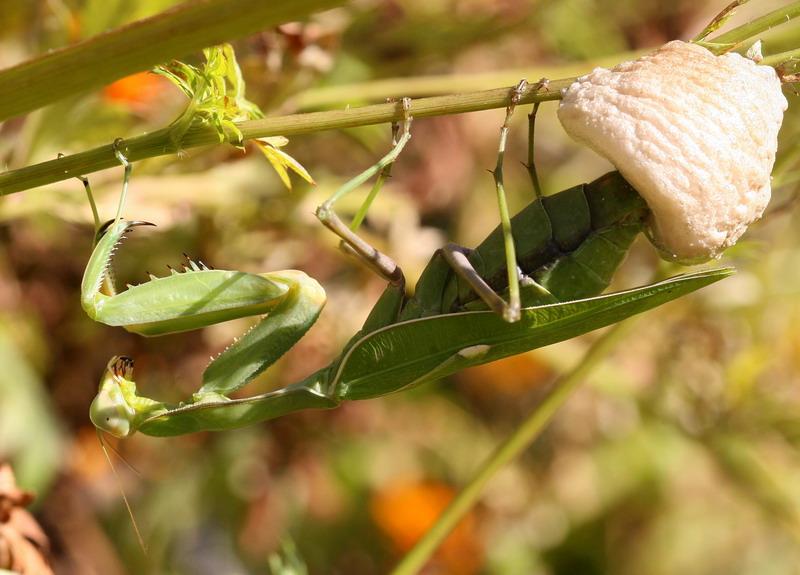 With her abdomen she drills her eggs into this slimy liquid, which later in the sun hardens to a cocoon: 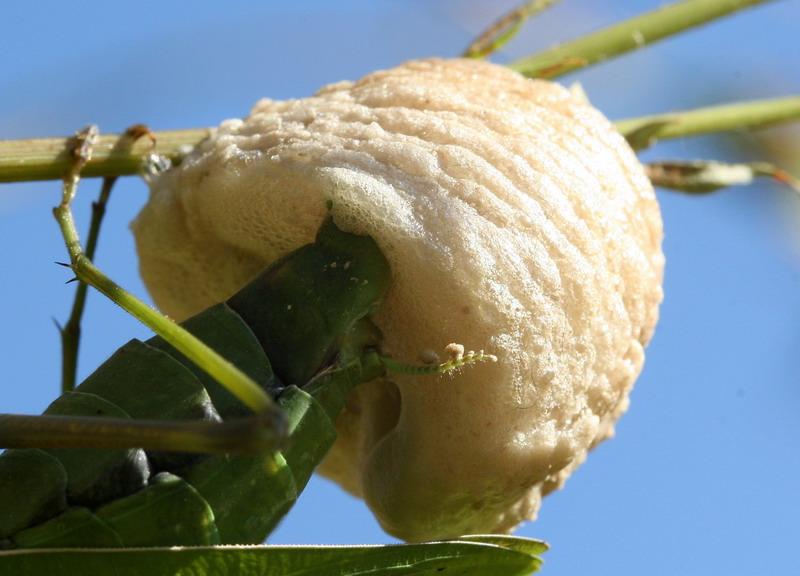 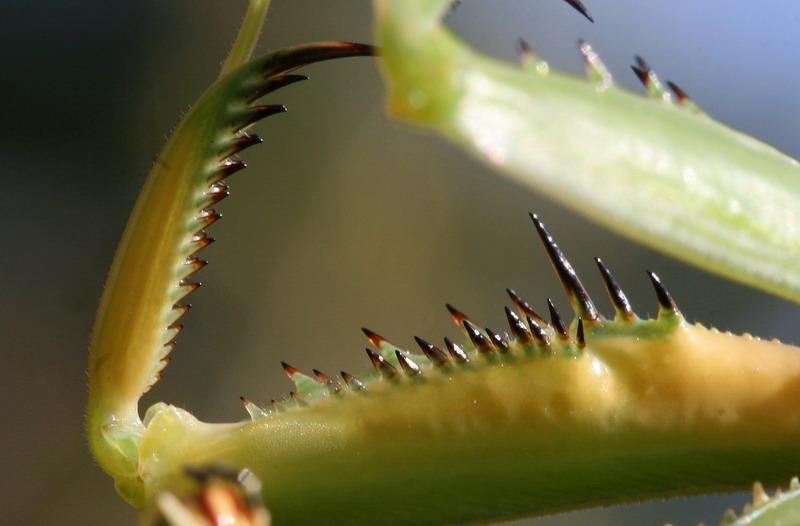 Here her compound eye and 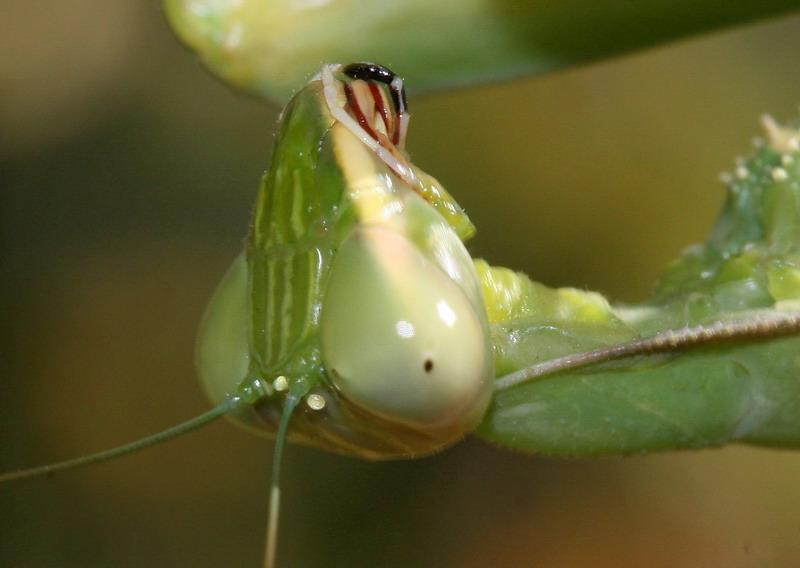 . her impressive jaws, the so called mandibles: 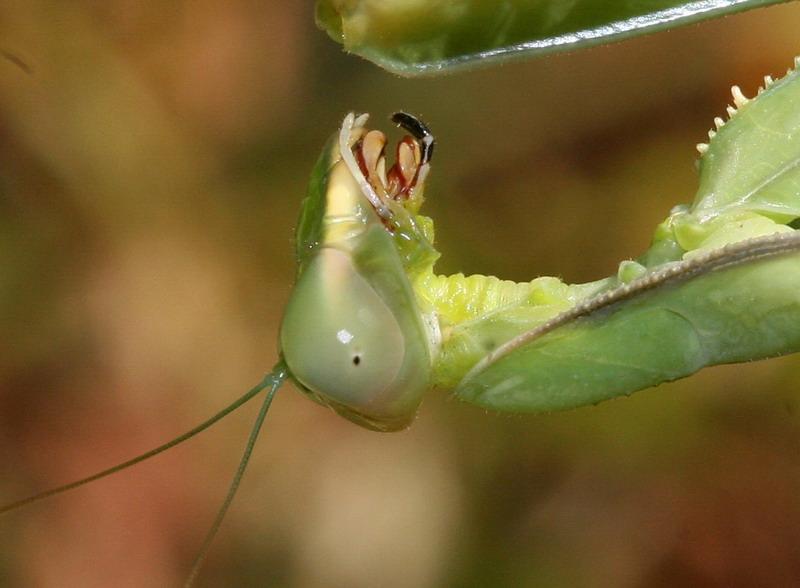 The oviposition is finished and the mantis is looking for her way into the plant: 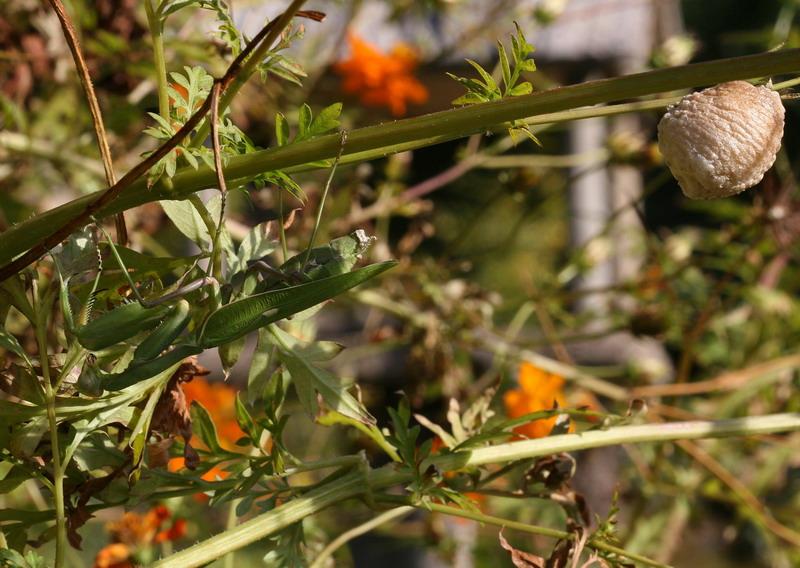 But she paused for a moment, so that I could make this photo of her triangular head. The compound eyes of the mantis are highly developed. In addition are the three forehead eyes on the end plate, the so called Ocilli, which are better to see at the males than females: 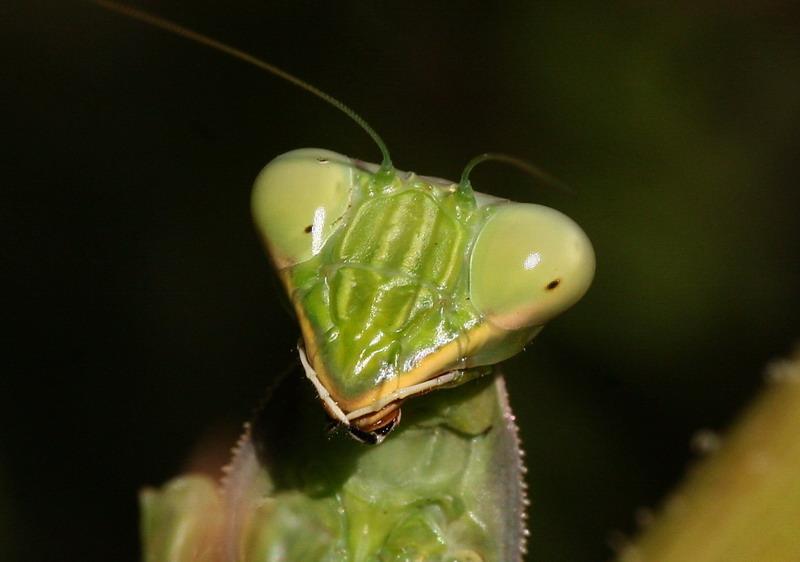 And the typical for the mantis lie in waiting': 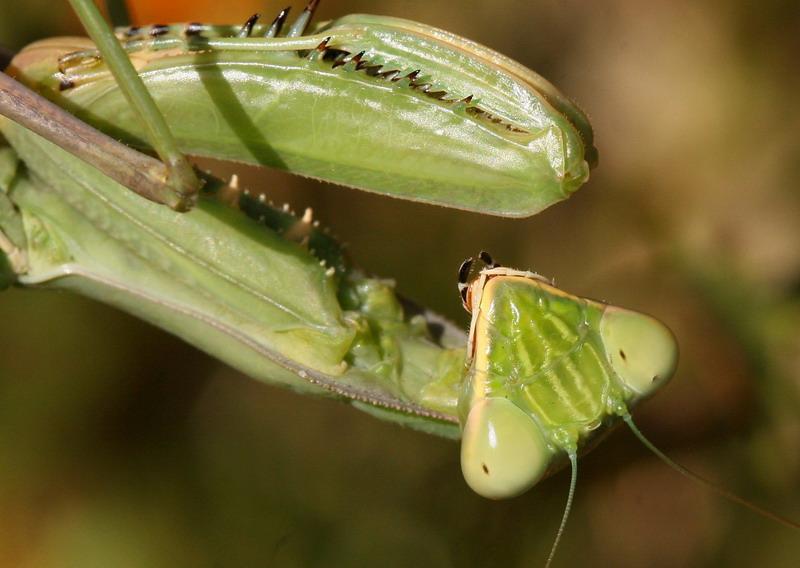 The fly never will know how lucky it was that the bumble-bee first overlooked the well-camouflaged mantis in the flowering bush: 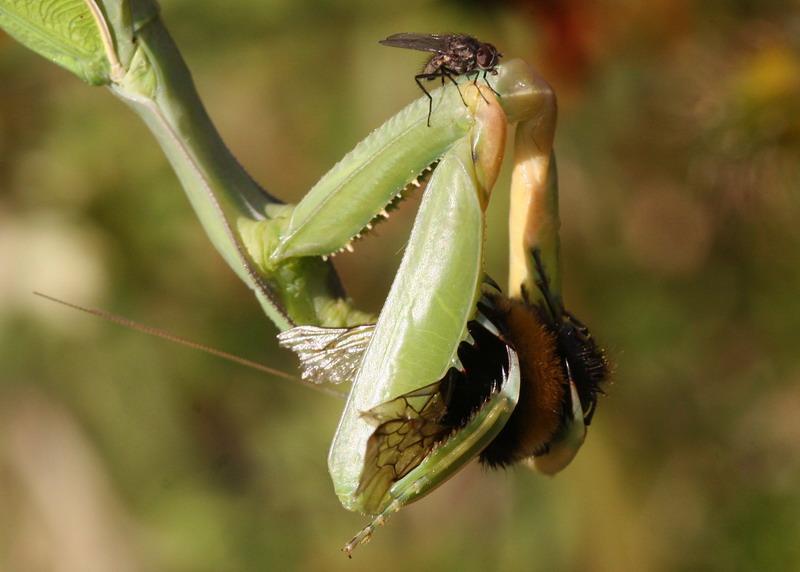 And with big appetite the mantis eats. 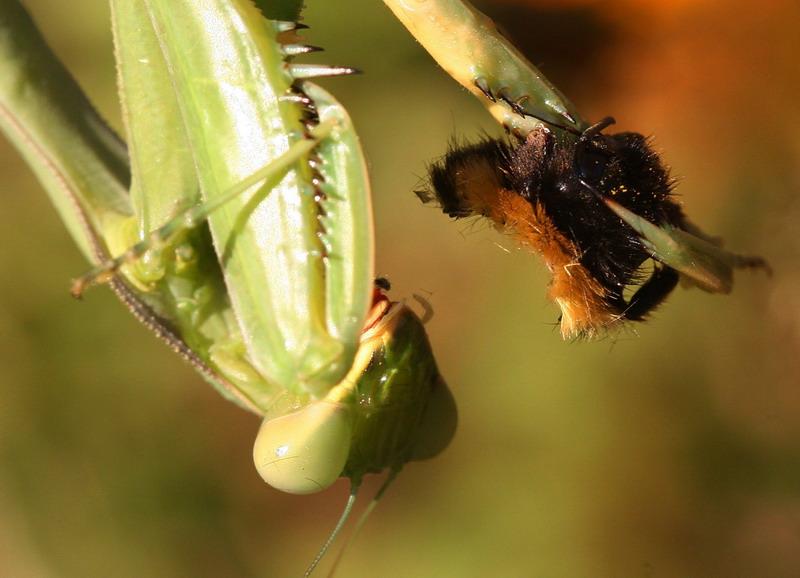 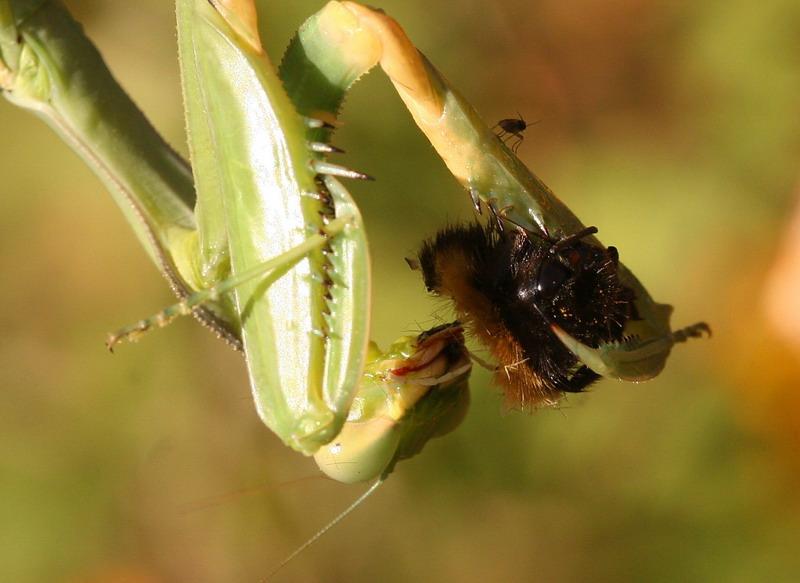 Out of the cocoons hatch such little mantis, which immediately go to catch prey: 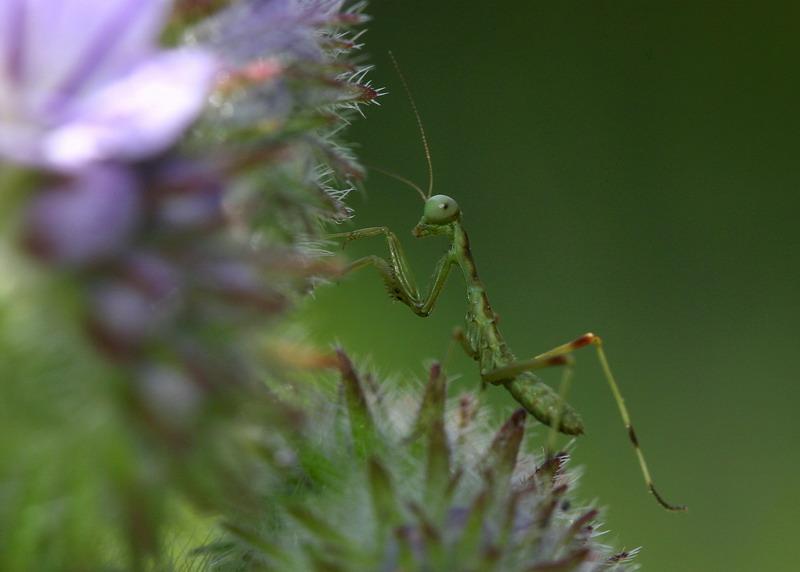