0n this place I would like to show some photos from bugs, who also found their home in the biotope around the pond. With bugs many people think about the not so much liked bedbug or the not so much smelled stink bug. These two species brought the bugs a little bit into bad reputation. But there are so many beautiful, colorful and fascinating kinds, which subsist on plant sap or nourish predacious and never would offend a human being.

As all insects bugs have three body parts, head, chest and abdomen, which for their part all are interconnected. All species of bugs have a proboscis. 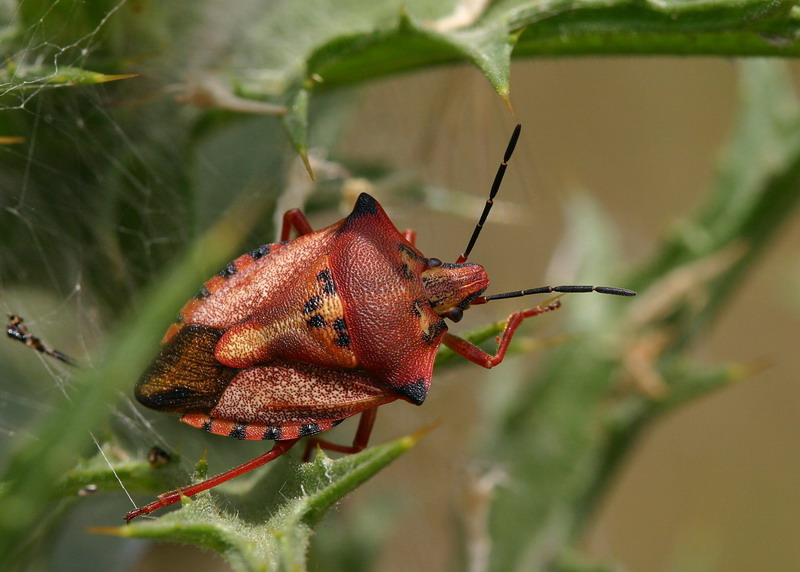 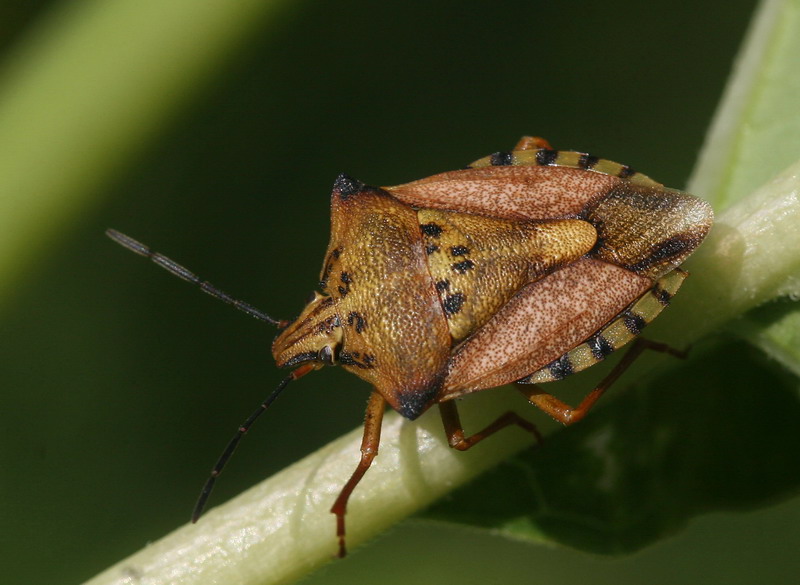 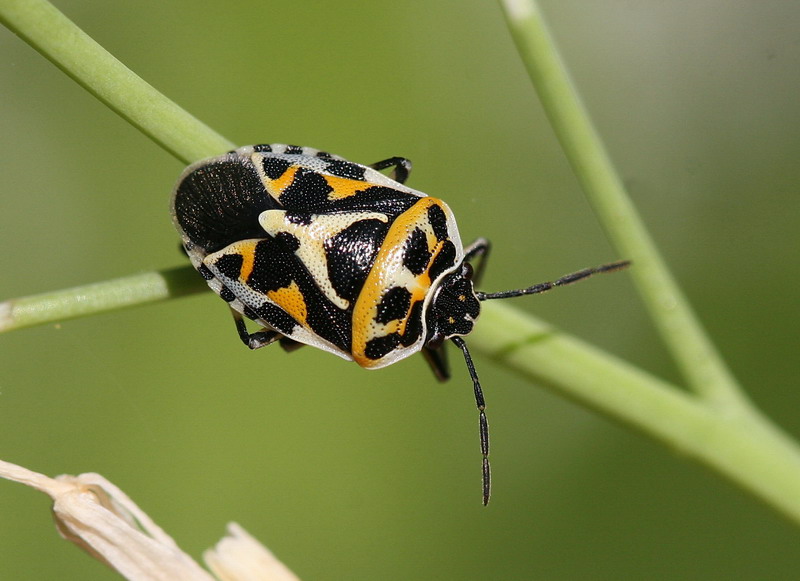 in different stages of her budding: 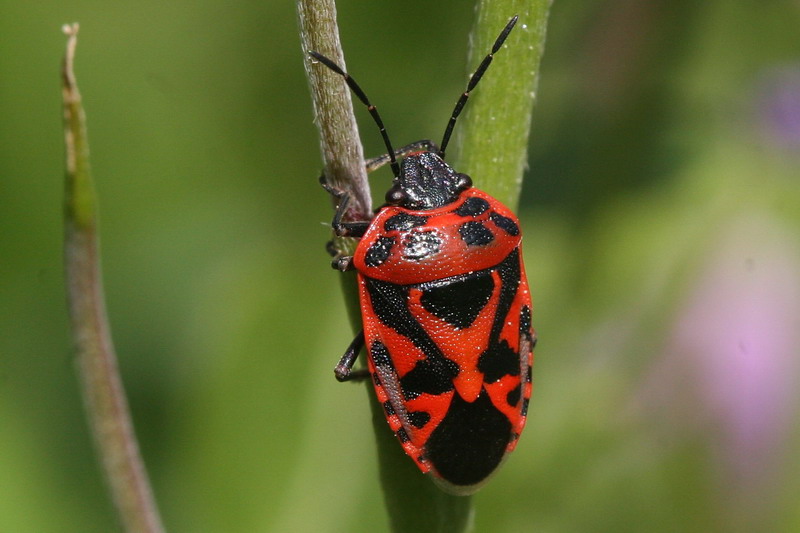 Meeting in the biotope! 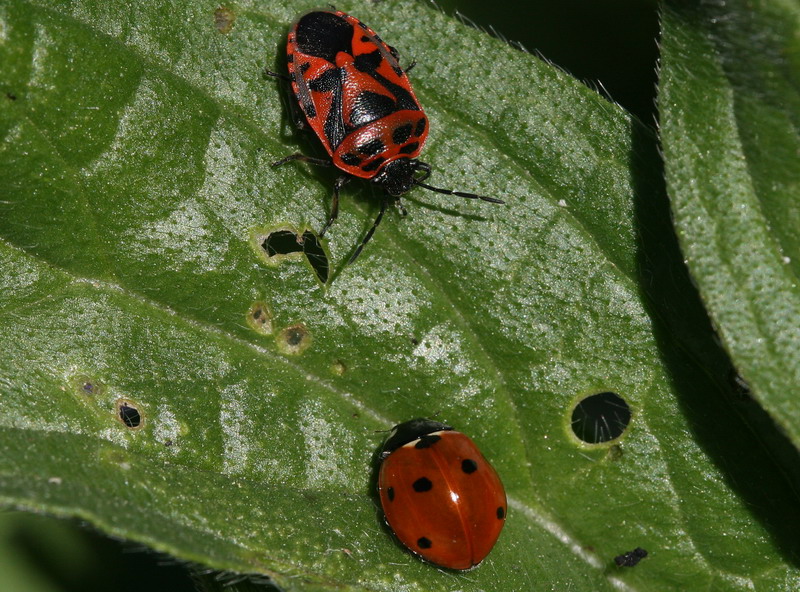 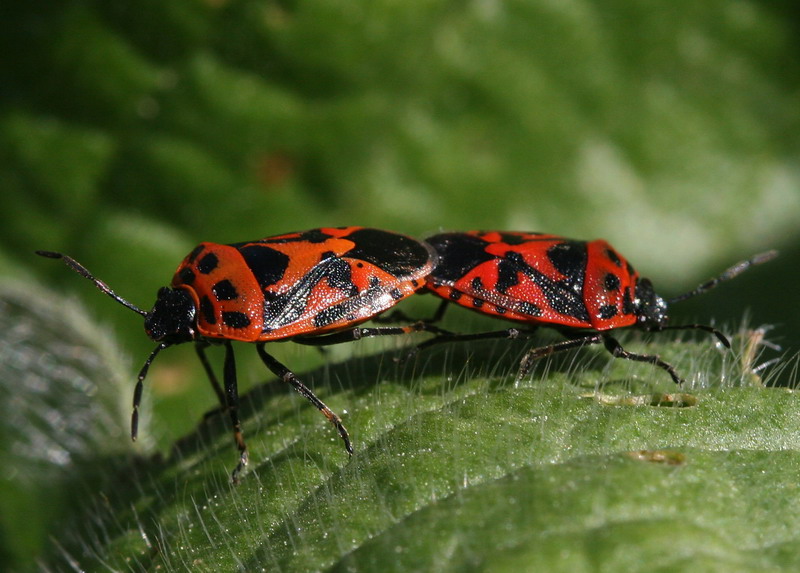 Eggs of the Red Cabbage Bug: 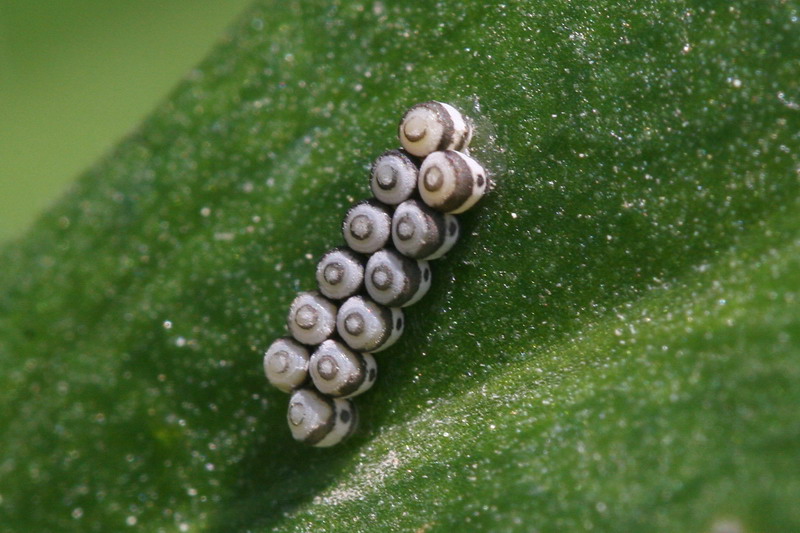 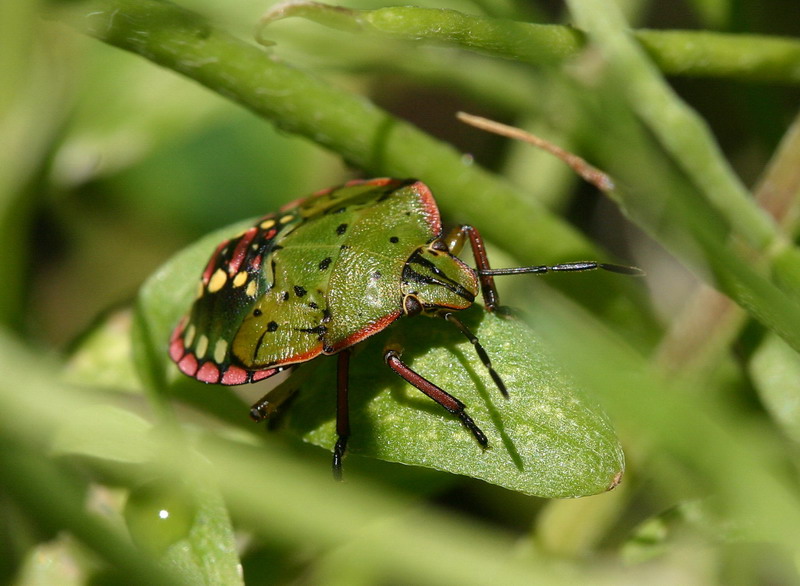 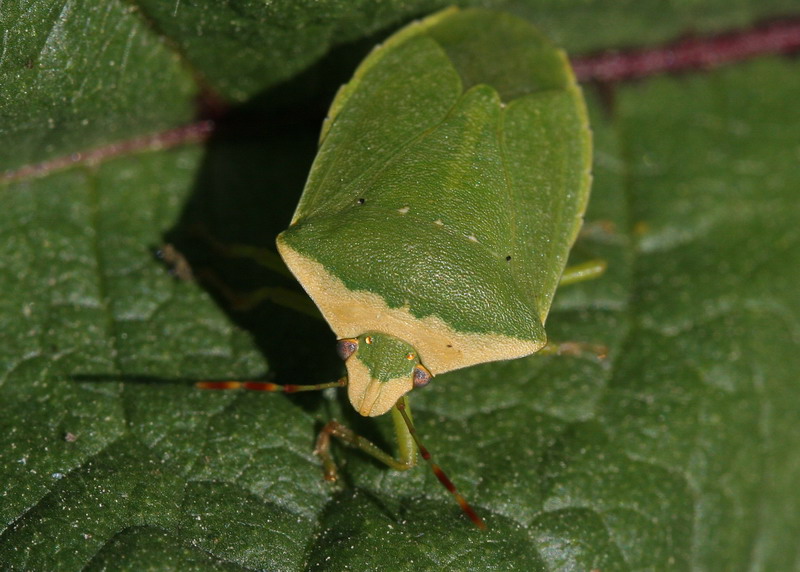 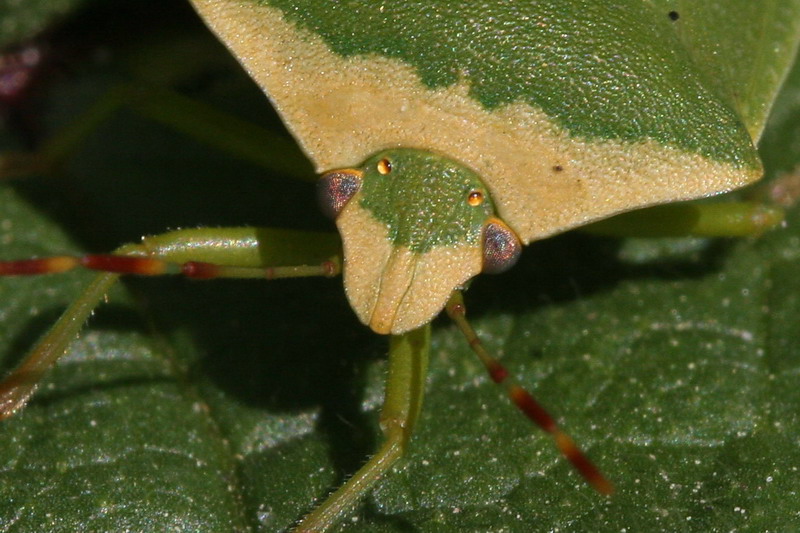