Just gorgeous! As well the tree frogs also the green frogs are back again and there is lots of action in the biotope!

And after it finally stopped raining, I also can make photos in the evening. With the help of a big lamp by which the frogs are not disturbed at all! 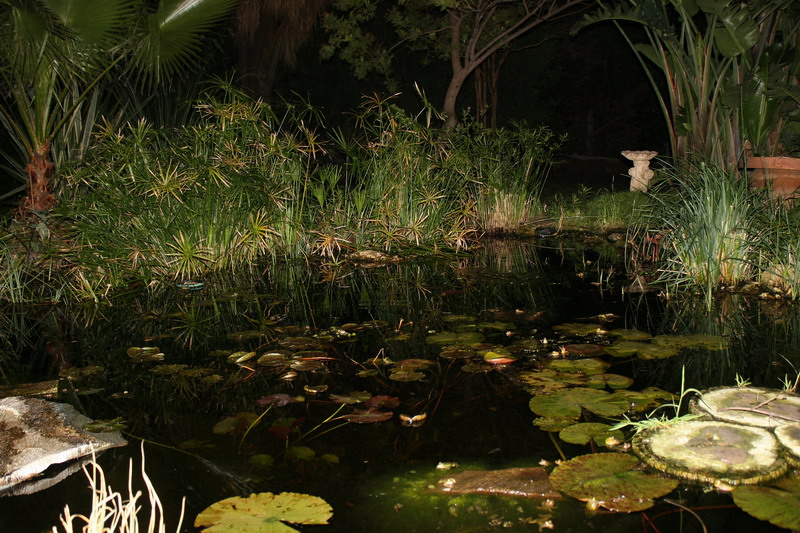 About the theatrical fights 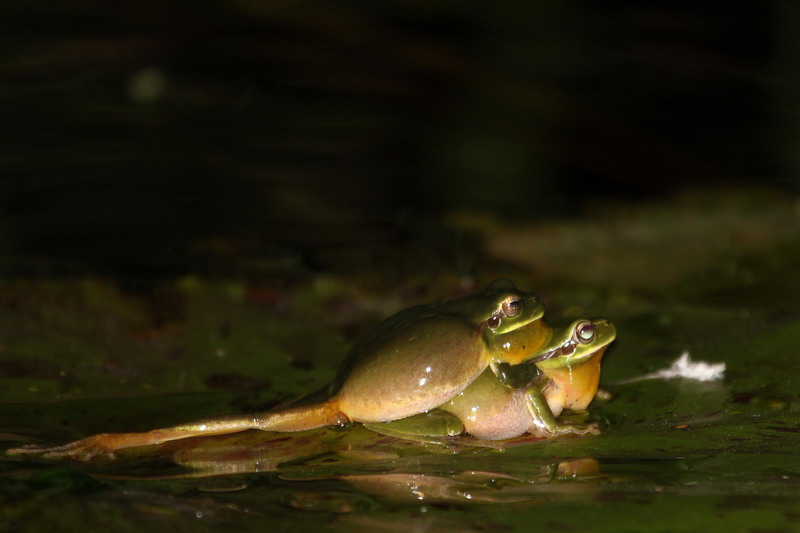 of the male tree frogs 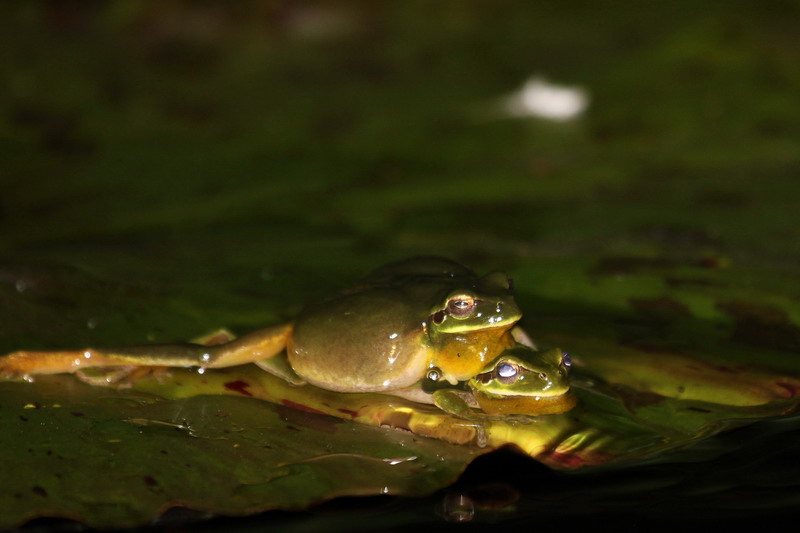 I could laugh myself silly: 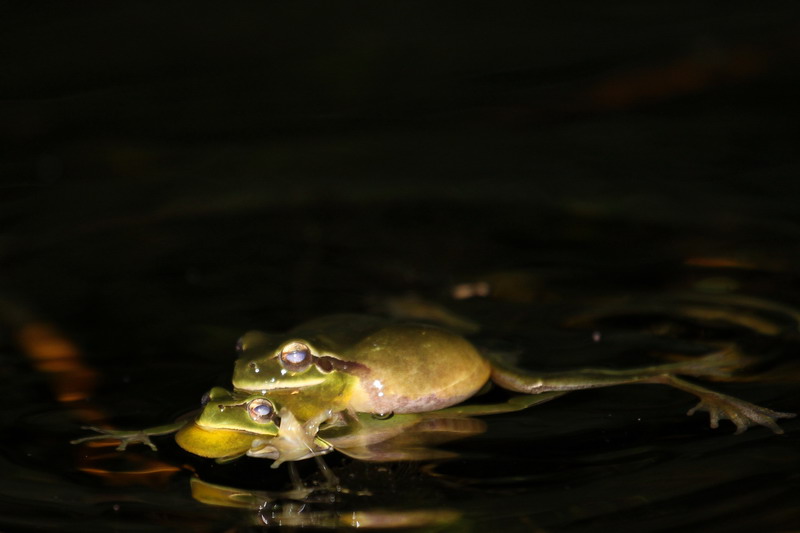 But they just don't tolerate any rivals in the near surrounding: 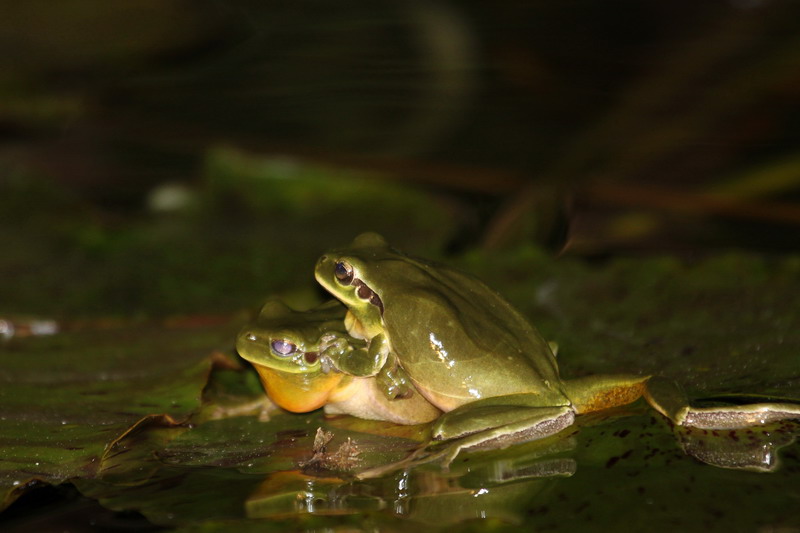 Blown up with air trying to impress the invader: 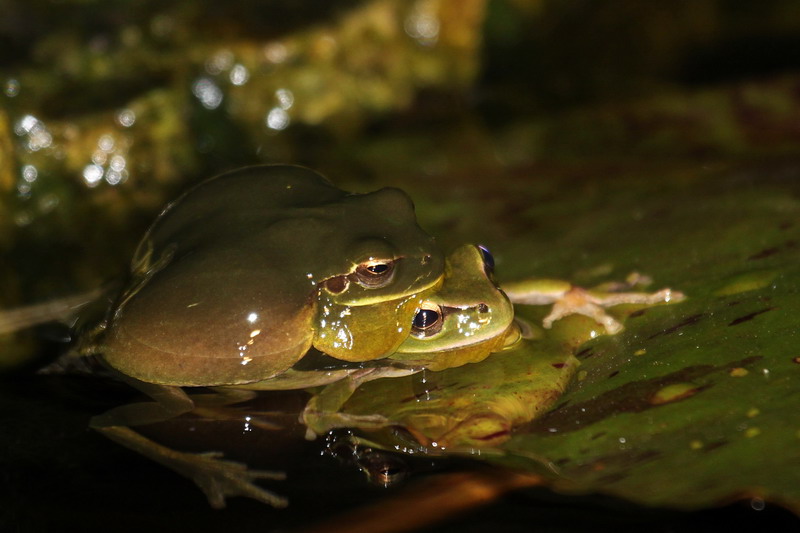 But he's also got what it takes and stands up against: 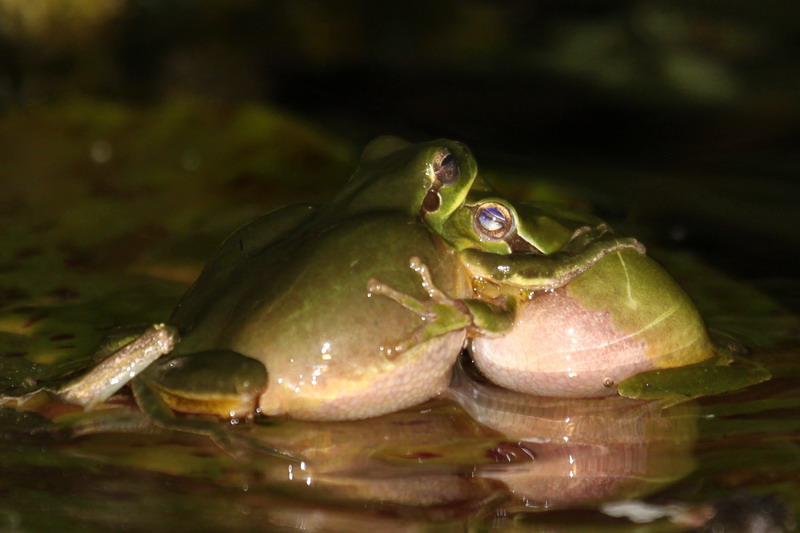 "Either you get lost, or I push you under water!" 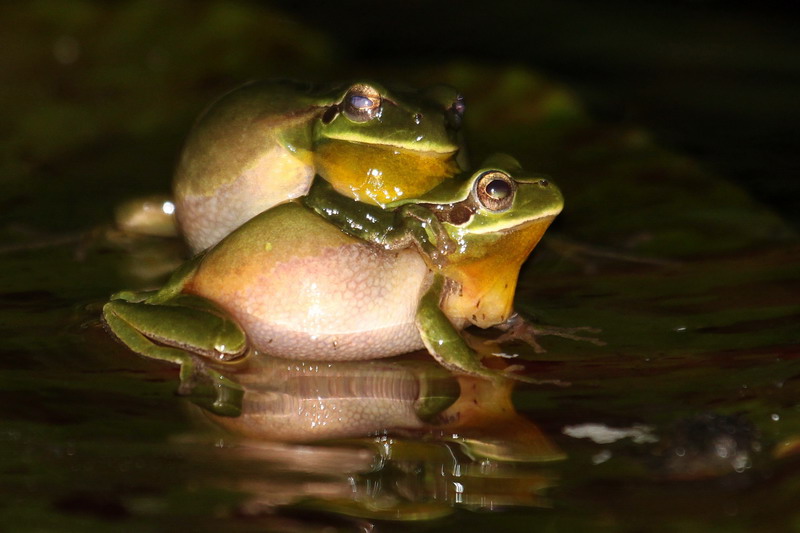 "Maybe I even also choke you before!" 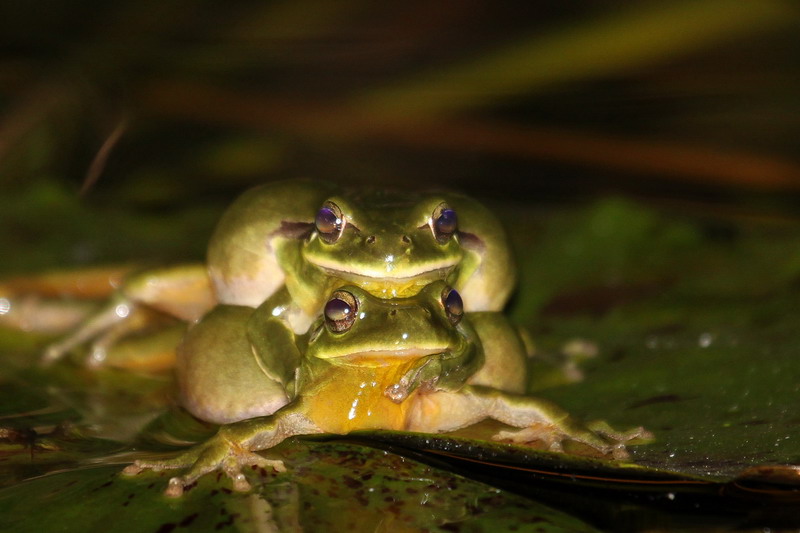 Any grip is allowed! 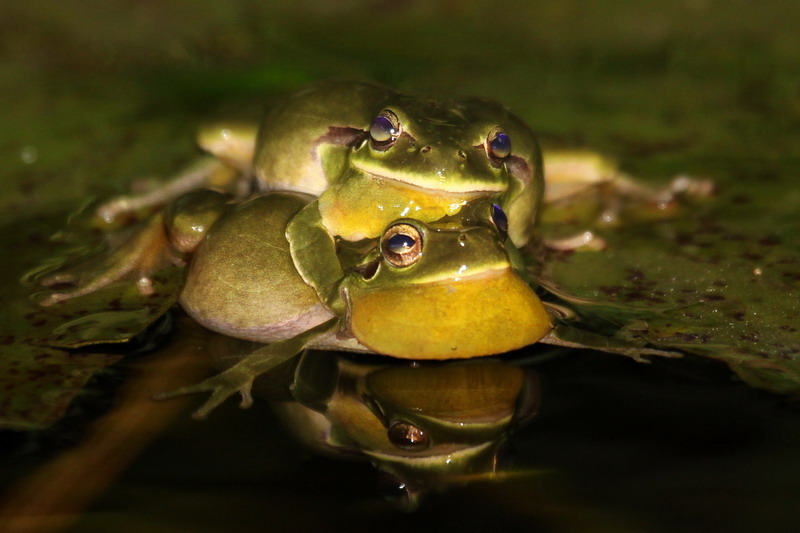 Gorblimey! Now the two rivals ended up in the heat of the moment in the territory of a third tree frog: 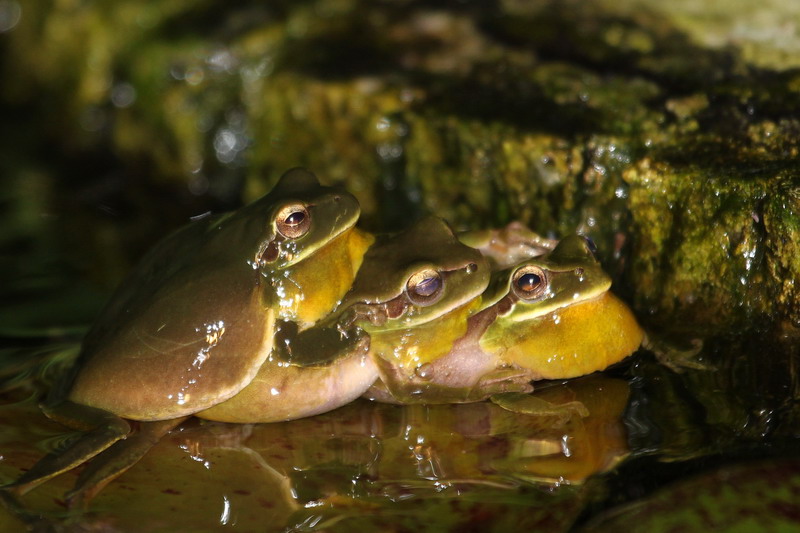 All three are beside themselves with anger! 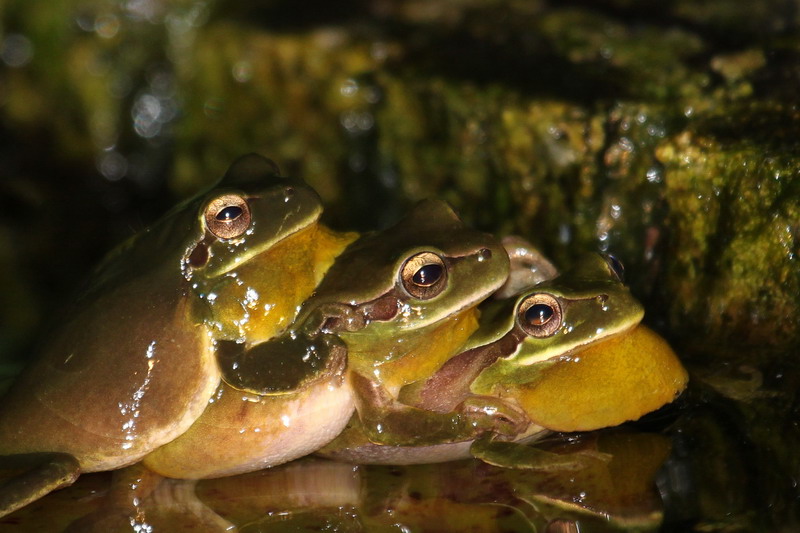 But at the same time overstrained with such a situation: 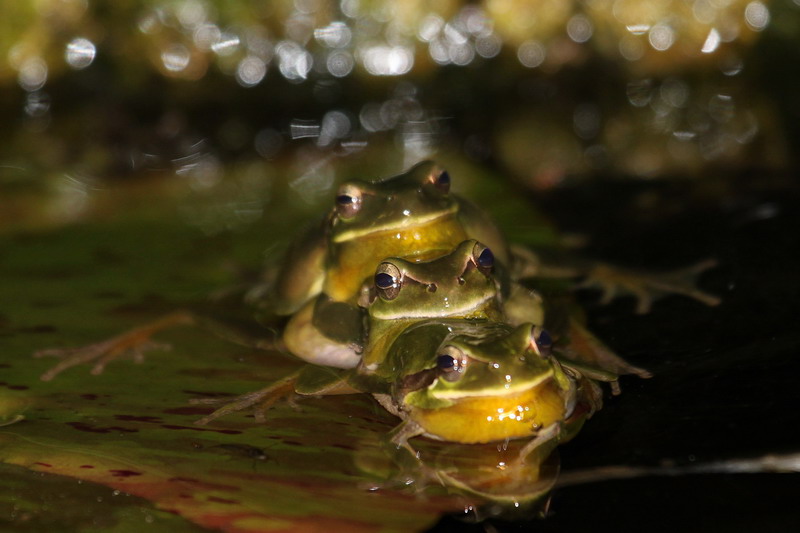 But Caruso, clearly to be recognized by the cross on his back. can manage both intruders! 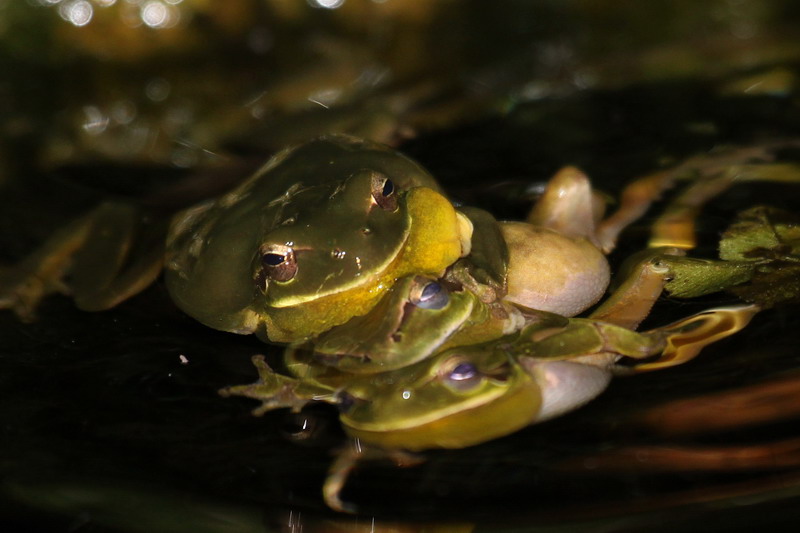