Only the male frogs do have two sideward positioned laryngeal sacs. And with the beginning of spring-time they use them more and more intensively!

- It is fun to watch how excited the small guys get, when another frog wants to swim through their territory or even wants to chase the owner away. This intruder gets a first warning with a short quack, which I call "warning by sound". If this does not help to make the intruder immediately frightened doing a runner, the territory owner is taking a deep breath and puffs that, mad with anger, via the laryngeal sac. This mostly brings an effect and the loser is leaving. But it can also happen that he will be pushed emphatically and with furious quacking under water. As soon as the cause is cleared and the looser cleared the scene, the winner demonstrative is showing him his backside and pushes with full power out some urinary stream. If this might be the explanation of the expression "Piss off!" ?

As soon as the hibernation in the last days of February is over, lots of action in the pond is starting. 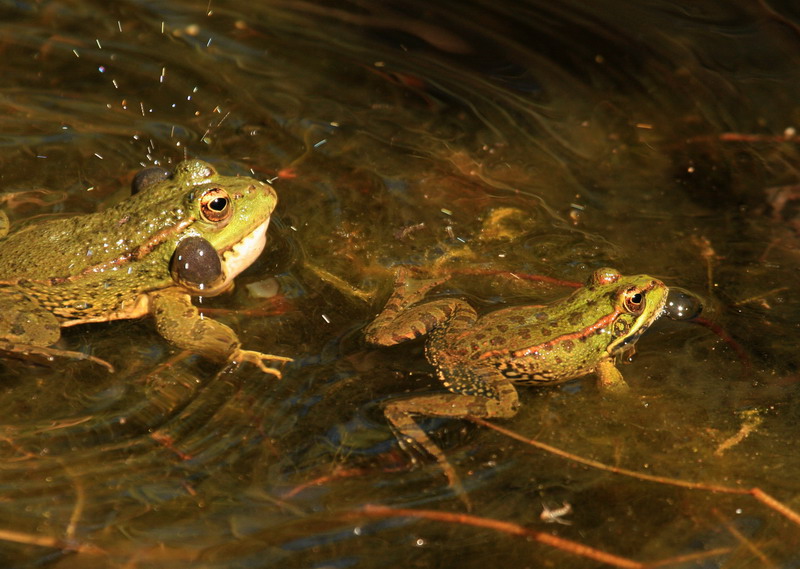 Because with an immediate effect for the sexually mature males are . 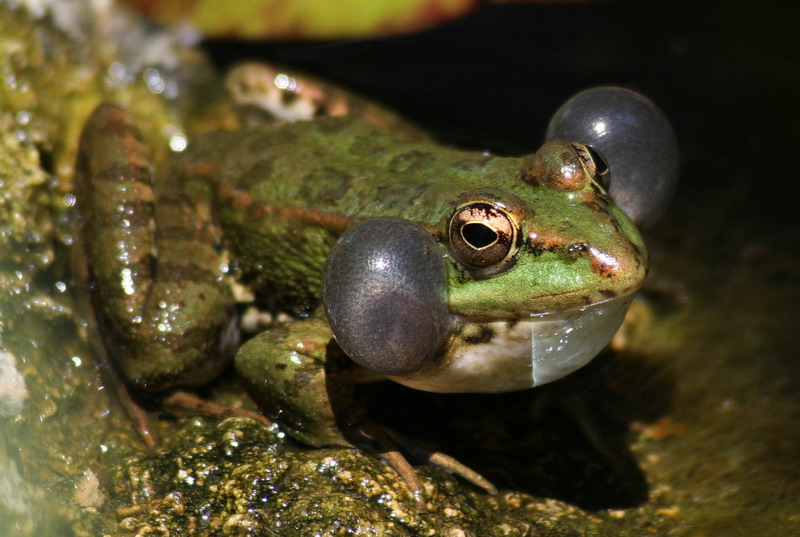 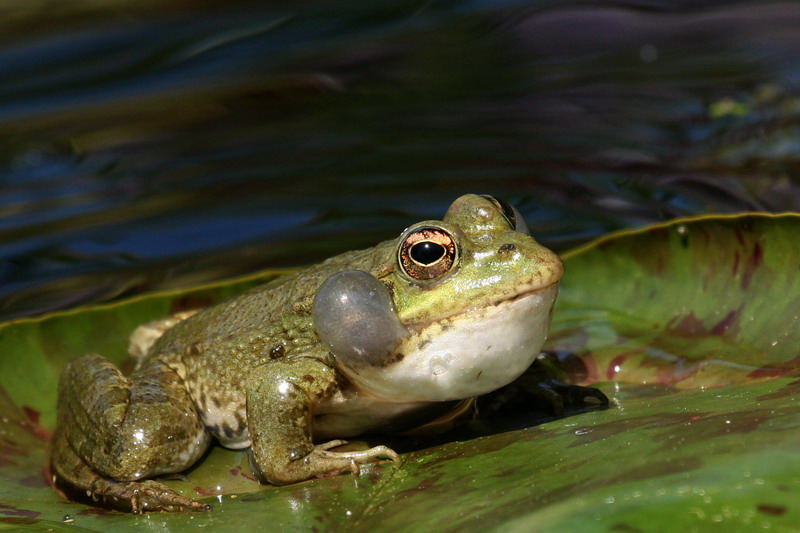 defend against any neighbors: 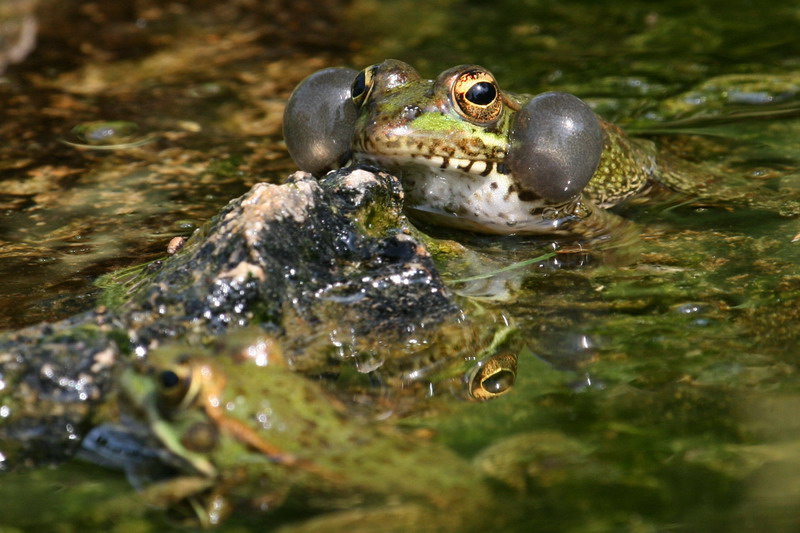 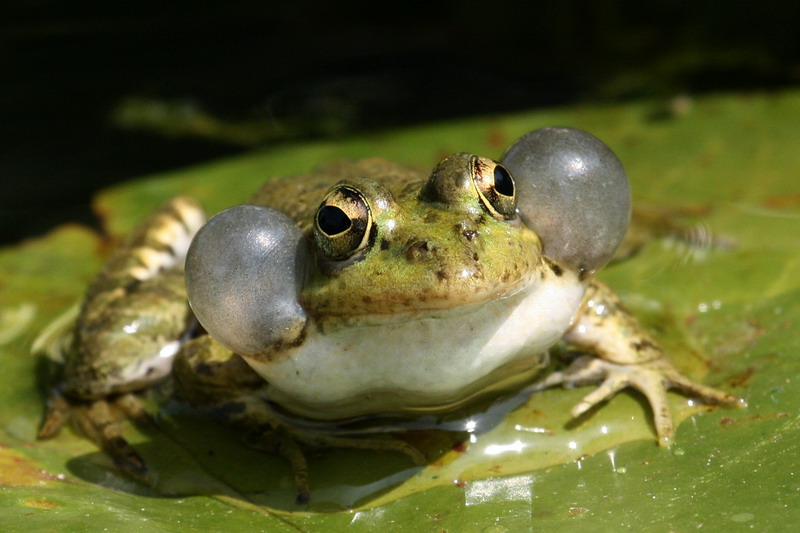 "And woe betide a rival will show up under this lily pad!": 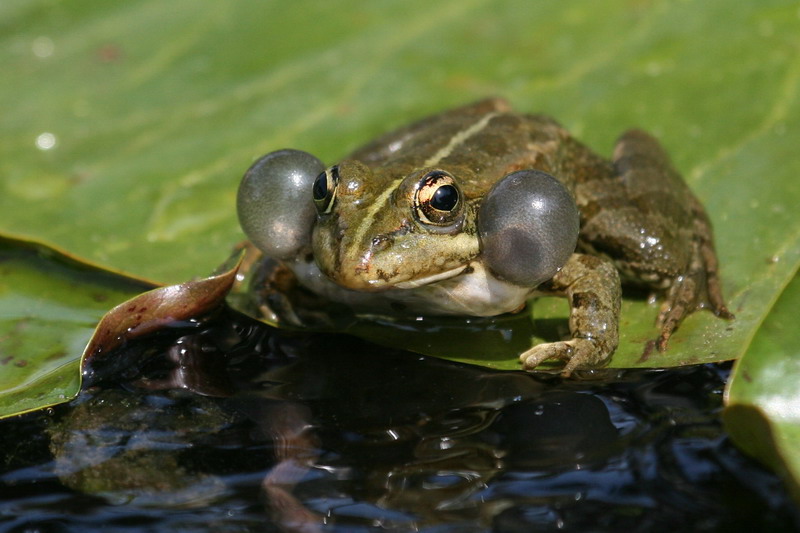 It is fun and so nice now day and night. 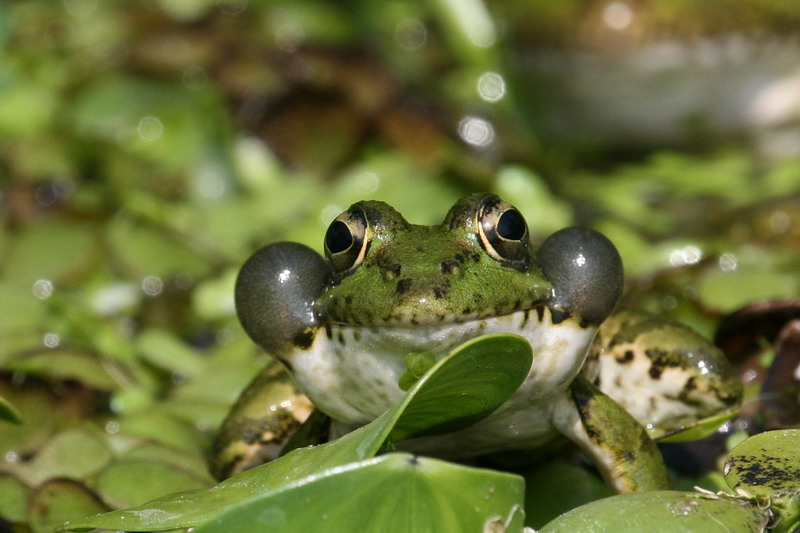 to hear the quack and rattle of the frogs! 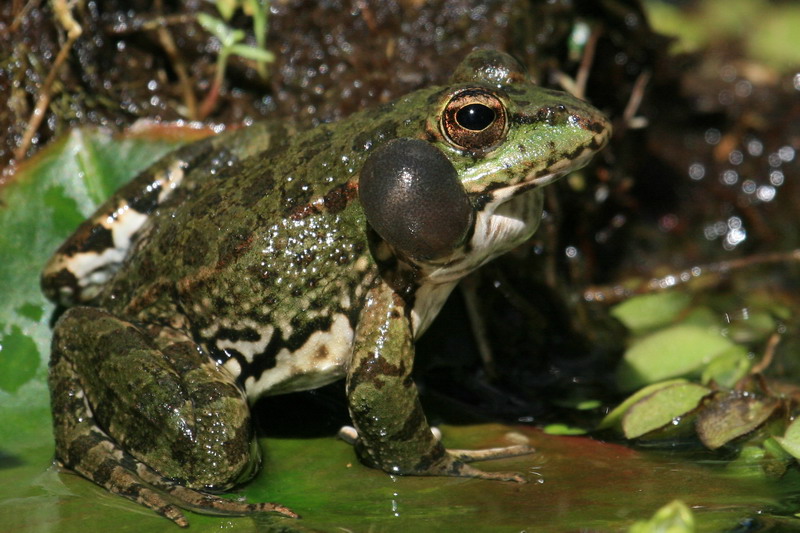 In the meantime this frog´s chorus belongs for me.. 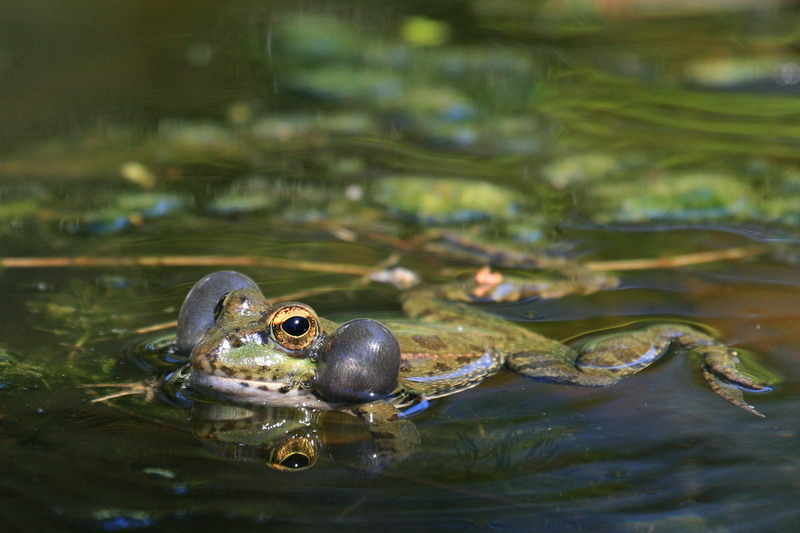 as well to the springtime as the bird songs! 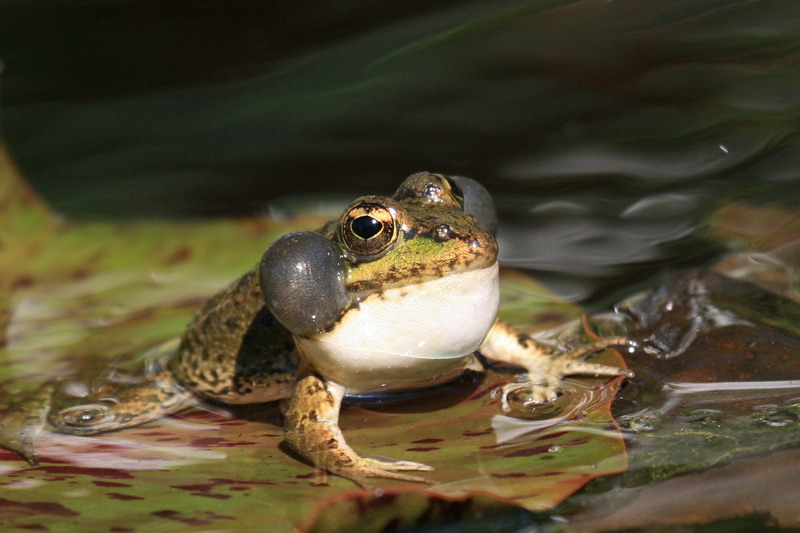 It is just gorgeous to listen to the nature with both ears! 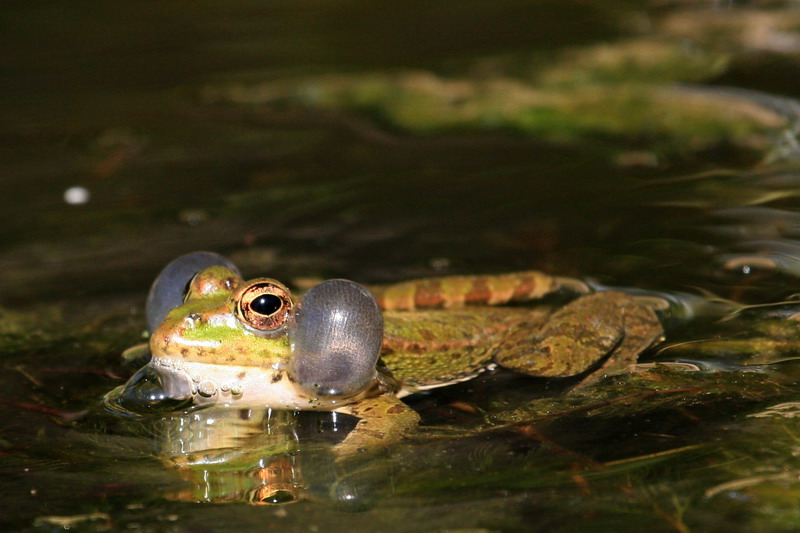 For sure not all readers are thinking like me and maybe find a frog´s chorus quite loud, but 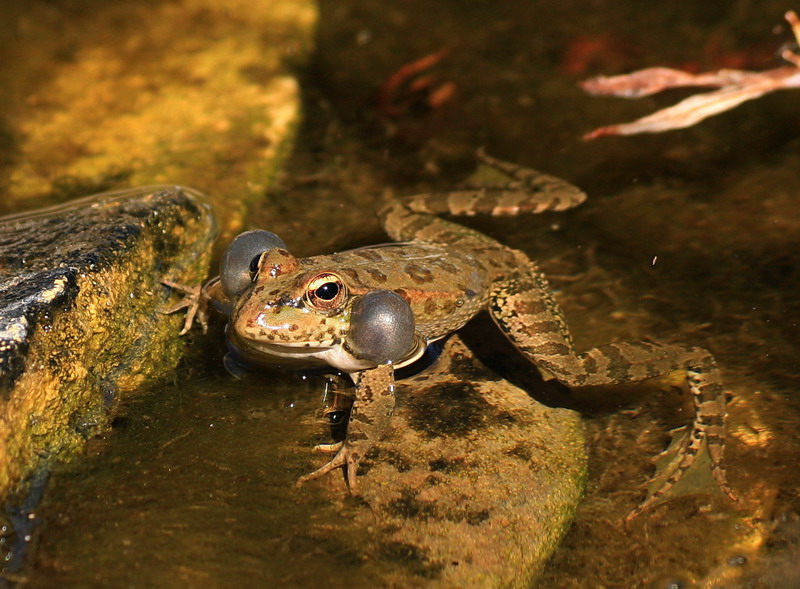 maybe these series of pictures about the water frogs may also play a part that many a person gets to know them better and befriends their gorgeous quacks! 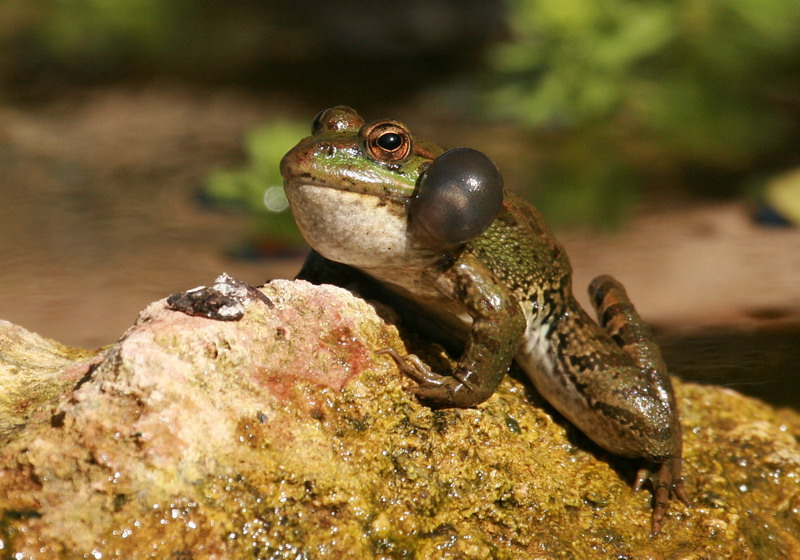