Exceptions prove the rule. Obviously also in case of the Iberian water frogs, because I often watched, that the adult female frogs - and only they! - also enjoy eating dog food. Actually everything they want to hunt should move. And it must be smaller than they themselves are in order to apply to their way in selection of food. Well the dog food bits are smaller, but it´s lying around lifeless. However it seems to be a magic attraction for the big female frogs. And they don´t waste time by catching flies, but clearly want to have a big bit of the dog food. And they come up with an idea. They perform very quick movements with their head inside the food, in order to make it to seem like lively. And then they snatch delighted a big bite and separate themselves from the others, fly hunting, frogs.

Every day I watched that during summer and I thought it just brilliant how they cheat themselves against their preserve against carrion! Such a bite of dog food, I assume, is as good as at least a thousand flies. Fact is, that these female frogs after their rich meal go immediately for rest to a shadow place while the others still have to catch the whole day flies.

The following photo session shows one of these female frogs.

The female frog's mouth wells over and the throat is hanging heavily down: 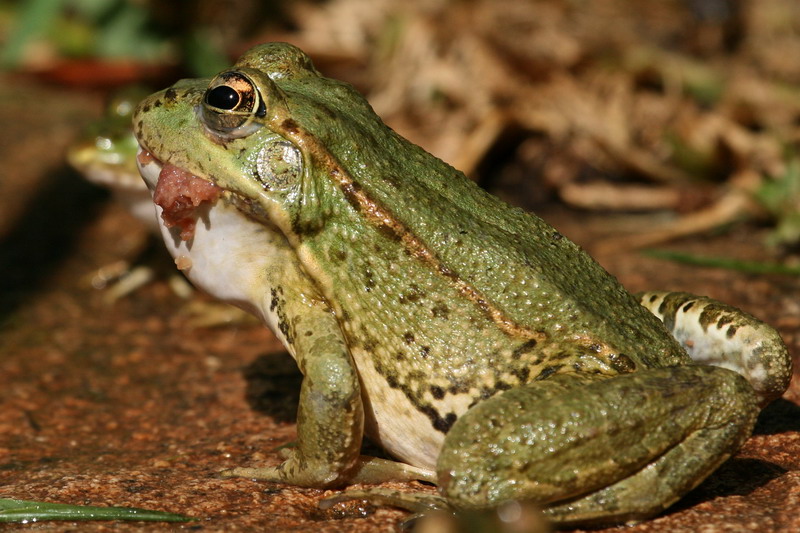 She caught such a big bit of dog food and intensively tries to get it down into her stomach. 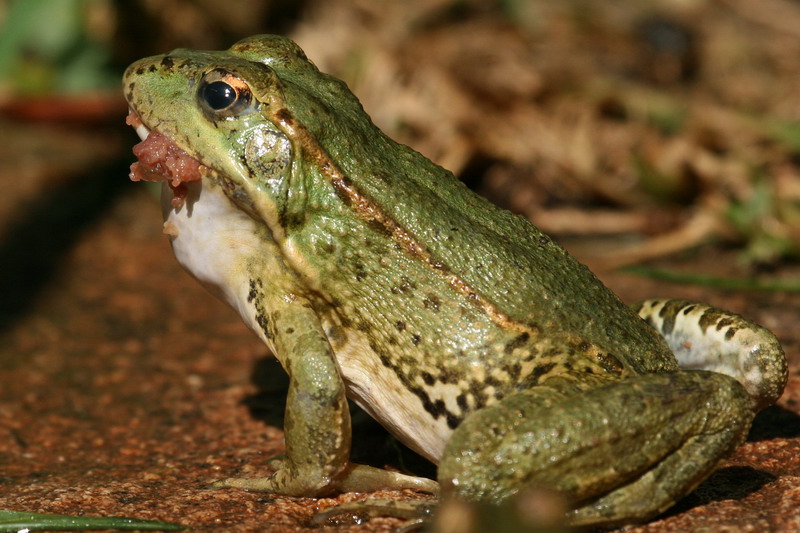 That takes quite a while, during which again and again the female frog drives her nictitating membrane over her eye: 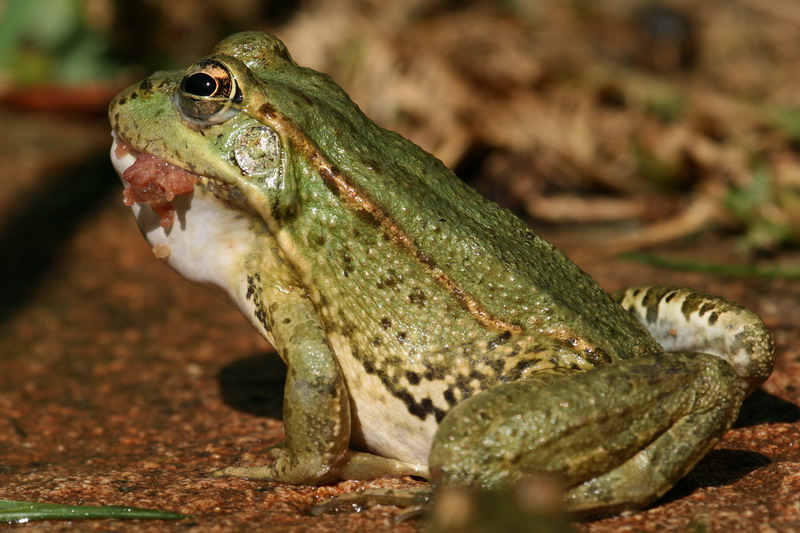 She is stretching herself again, the greater part is done and 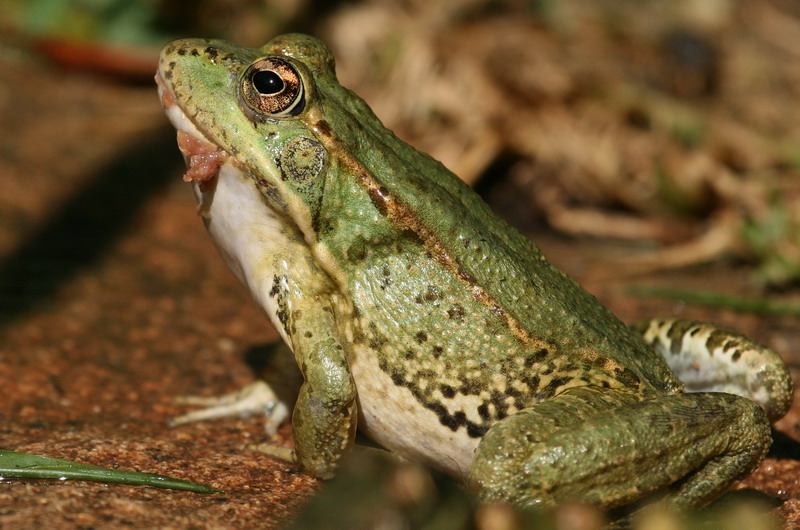 she is turning towards the camera: 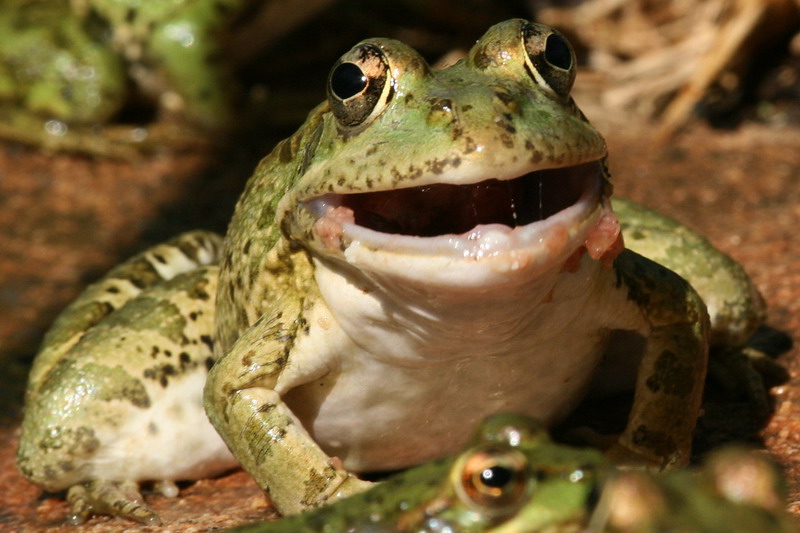 Now we can recognize her struggle also to drive the rest of the food down into her stomach. To some extend the nictitating membrane is to be recognized which is pulled sidewards over the eye from the bottom: 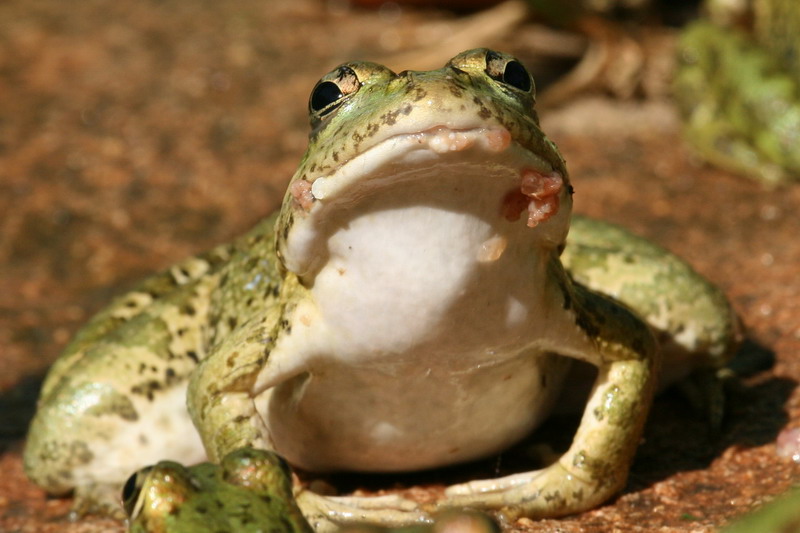 A last abarticulation to help the swallowing process and 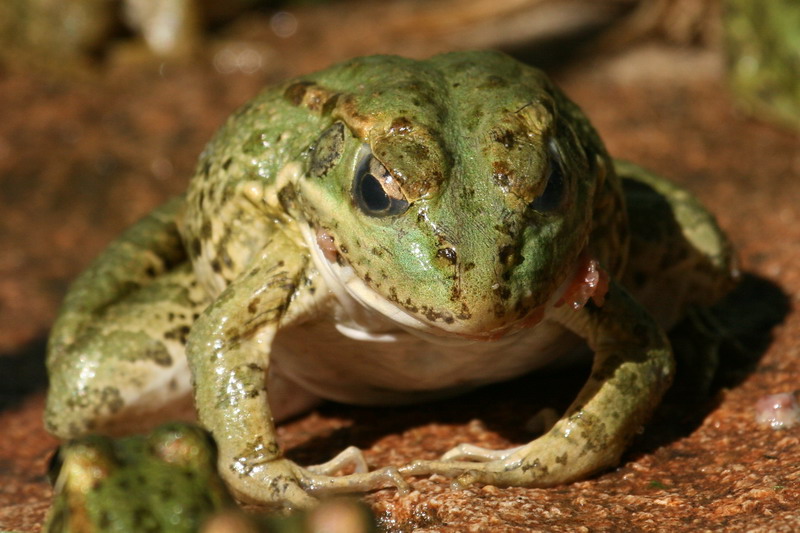 our female frog only get caught a few leftovers in the corners of the mouth: 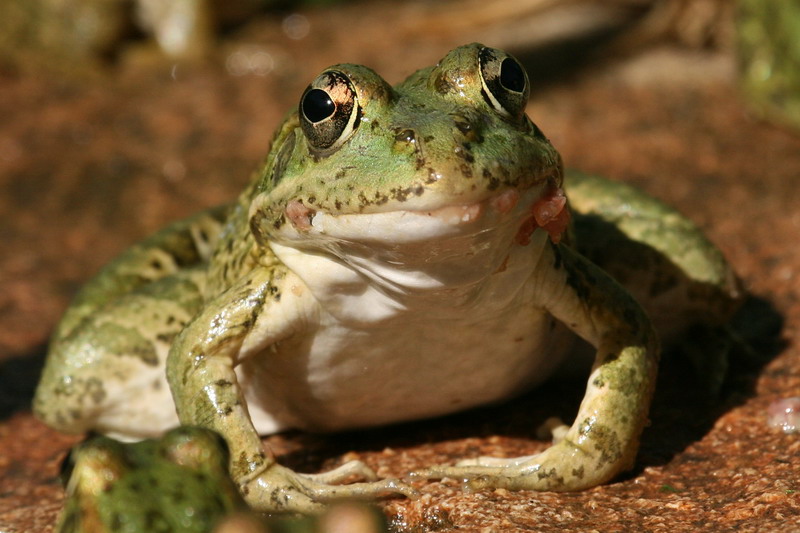