Hatching of a Crocothemis erythraea (female)

On this very day I discovered by chance a dragonfly larva at a stem of a plant in the shallow water area. Until now she spent her life as a hunting larva in the pond. Now the day had come to shed the old larva shell, to change to a most beautiful dragonfly and continue her life above the water to mate and procreate. The conditions of illumination were anything else but optimal to capture this fascinating process of development in natural live on camera. And the position from where the photos were taken, was even downright uncomfortable. : The process took about five hours in that course the photos were made: 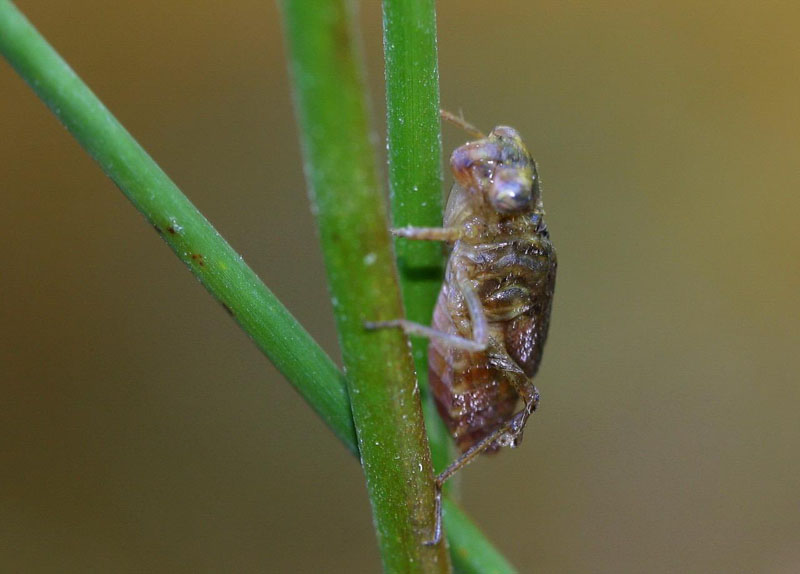 12h12: with forceful movements the larva frees her head and upper body out of the shell: 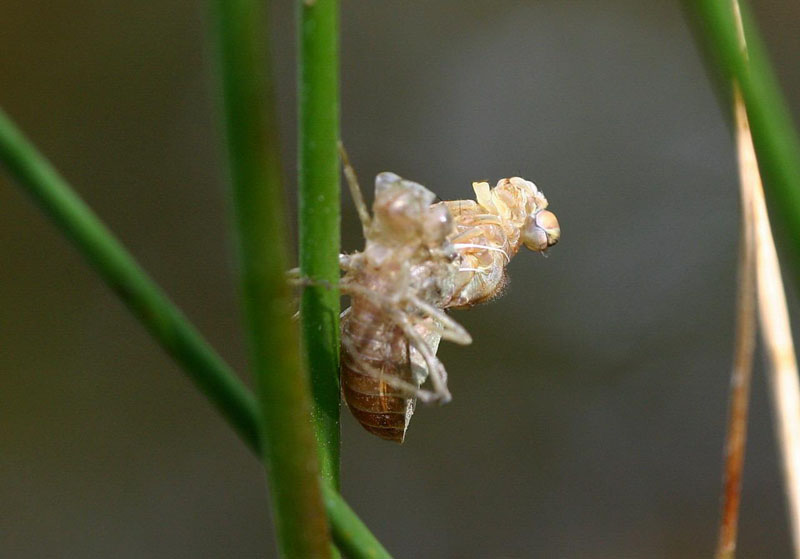 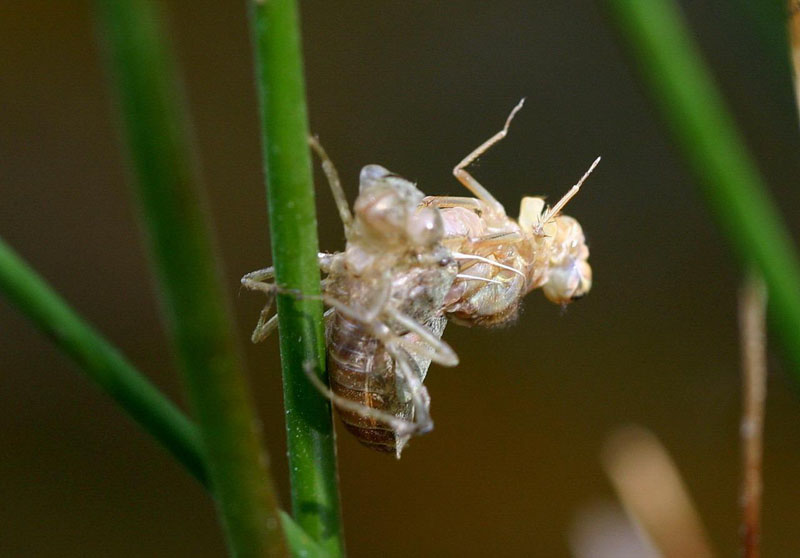 12h14: another heavy start, during which the larva rears up heftily 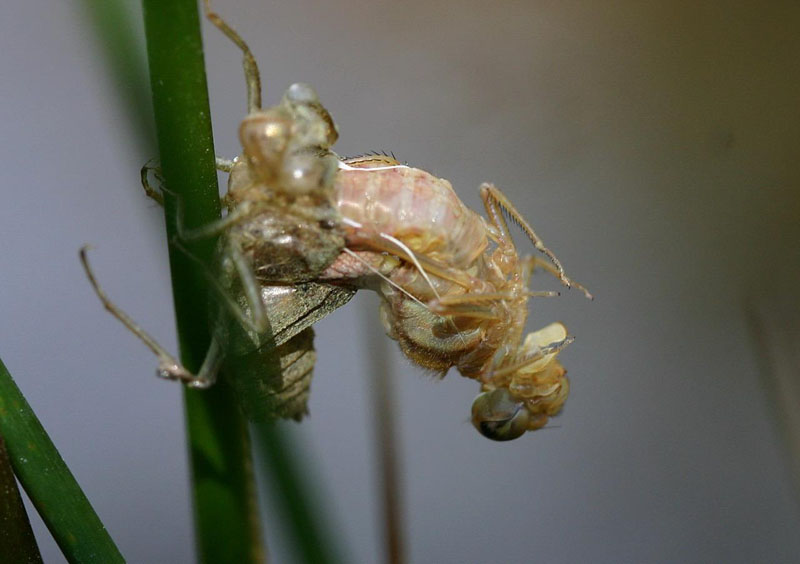 12h33: after a breathing-pause now slowly the wings become visible: 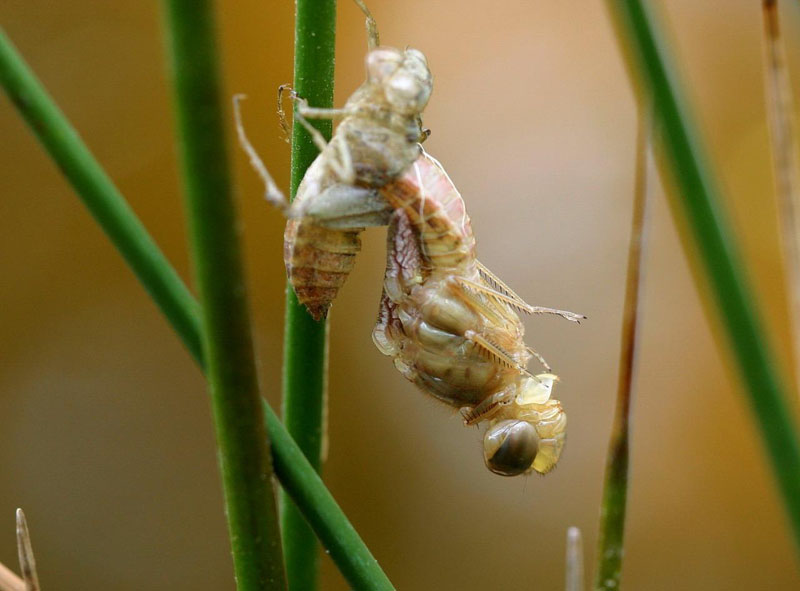 12h37: All six legs are exposed and the animal is up to straighten itself up: 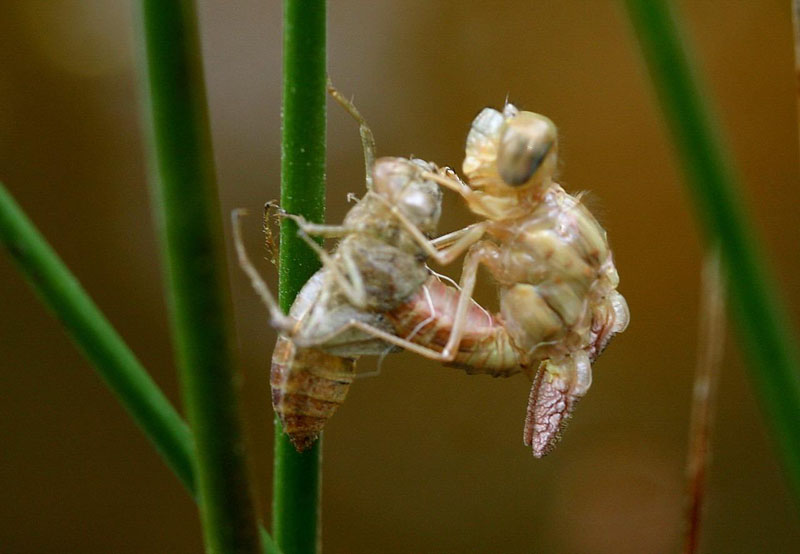 12h41: A few minutes later also the upper body is freed from the shell: 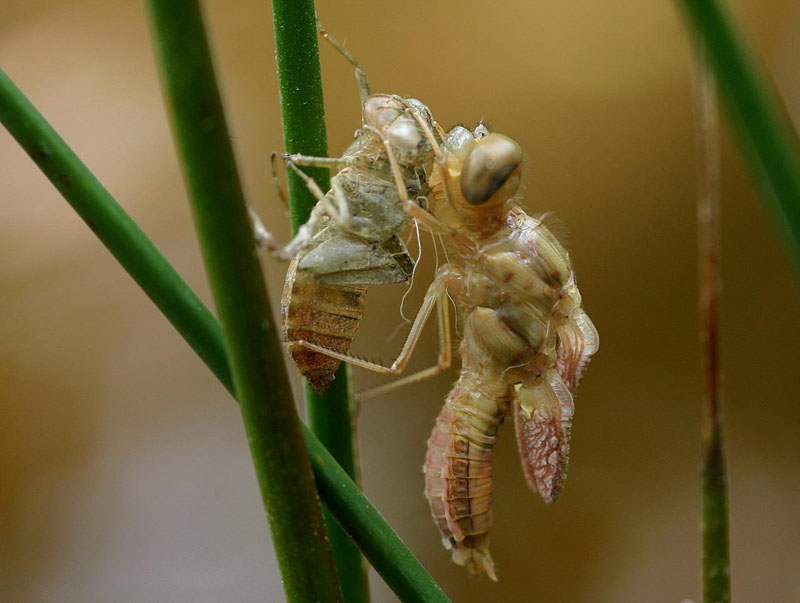 12h46: Slowly our little dragonfly starts to unfold its wings: 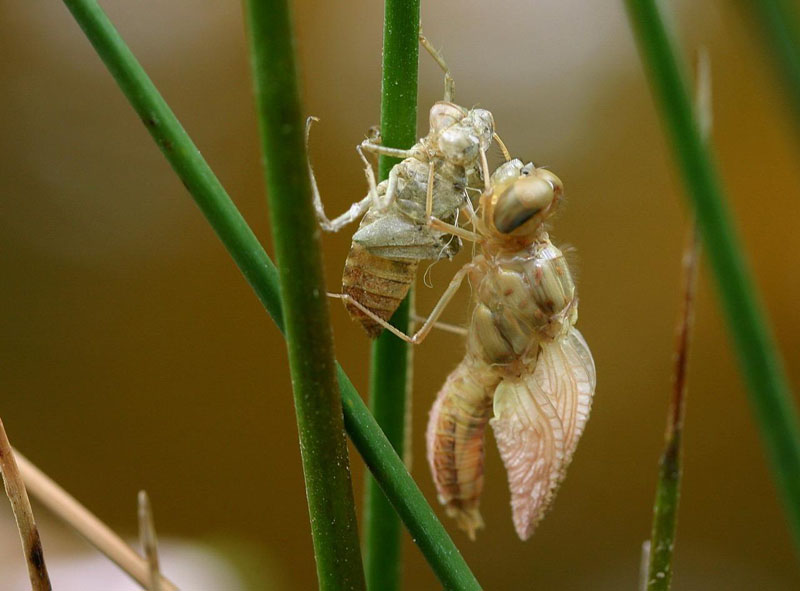 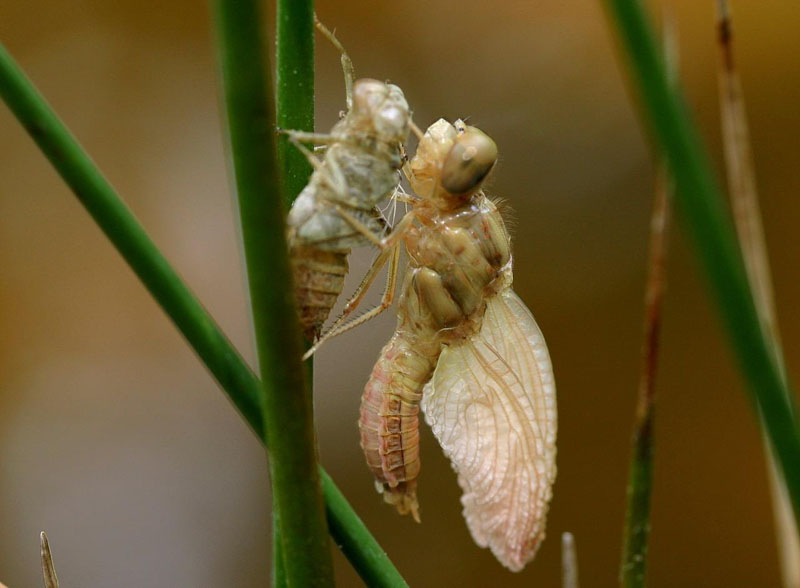 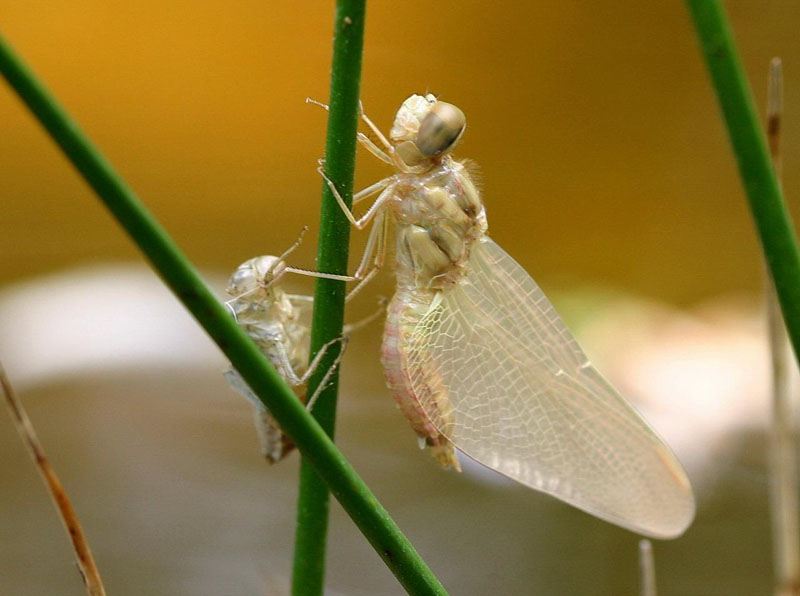 13h44: the time consuming process of drying is now in full swing. A real dangerous phase, because each move betrays the dragonfly and in the pond are dozens of frog lie in waiting for any kind of movement: 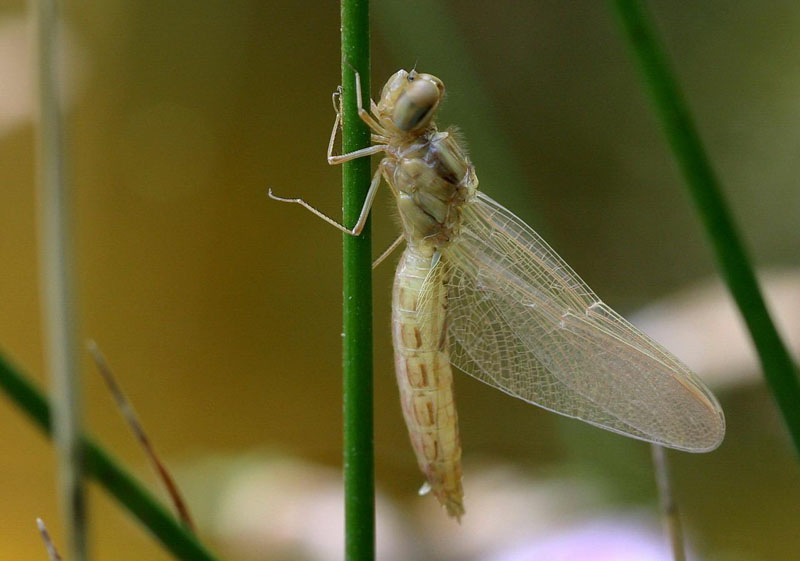 14h51: patiently the dragonfly is sitting on the stalk, because without well dried wings no attempt to fly is possible: 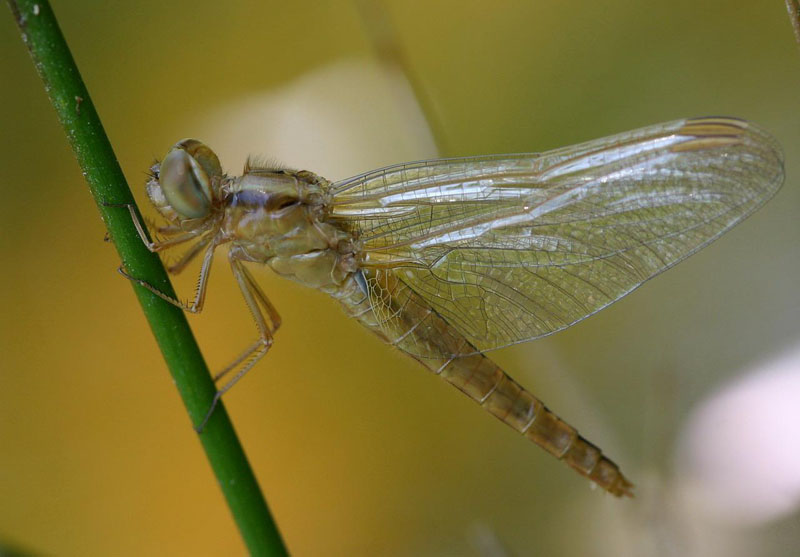 15h28: But finally the time has come. This photo was made split seconds before the female Crocothemis erysthraea started out for its maiden flight.: 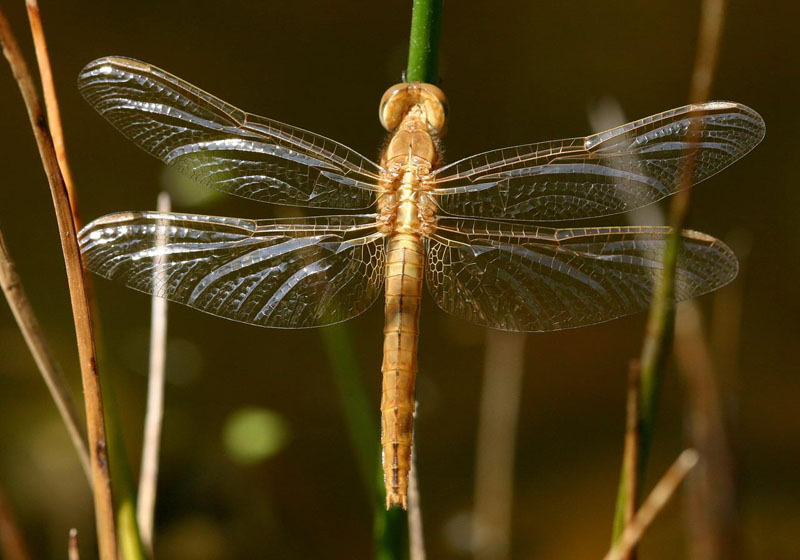 Stunningly, to be able to watch narrowly such a development!