for many European white storks the migration to the winter habitat ends already few kilometers southwest of Seville, namely in the huge little occupied agriculture area of the Guadalquivir, the so called "Brazo del Este". There we had been a couple of times. Just terrific, what is to be seen there!!! - If sender stork Max was among the thousands of red beaks we unfortunately could not make out.

The first chapter I devote to the white storks, who 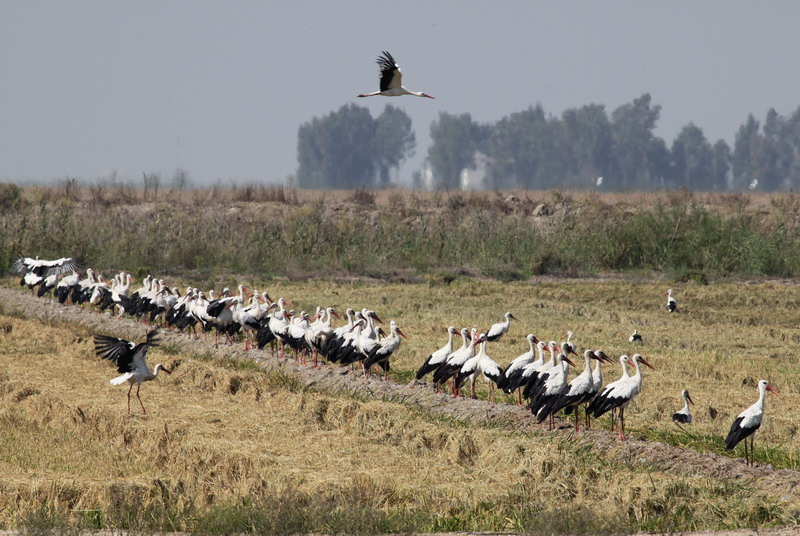 were to be met there in huge numbers as the farmers bring in the harvest. 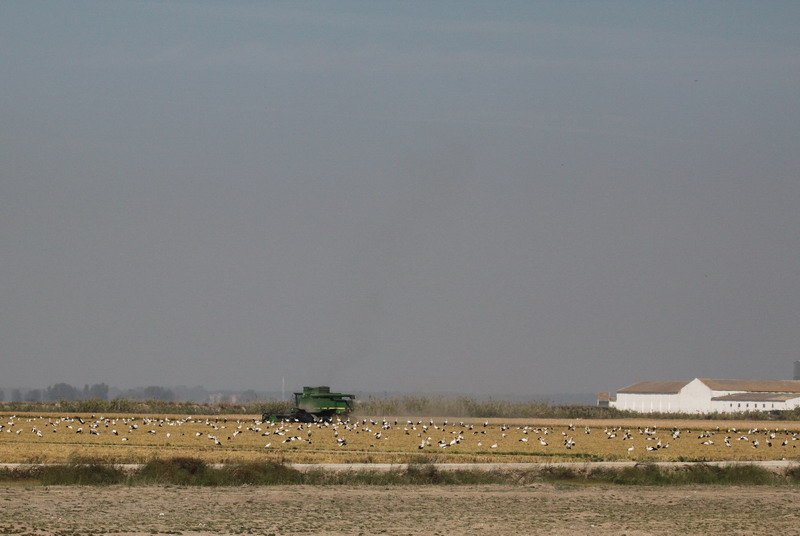 From a big distance and with worst air disturbances these photos were made, but 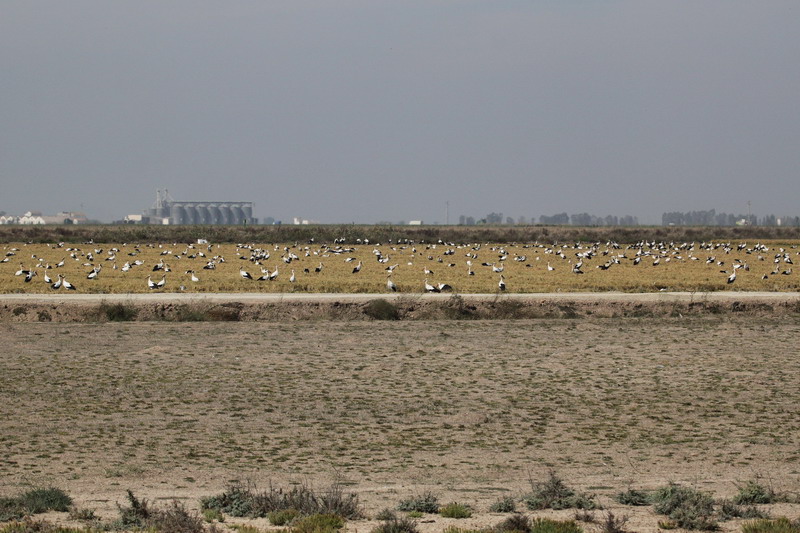 to be able to see about 3000 white storks on a field just enthralls and touches very much! 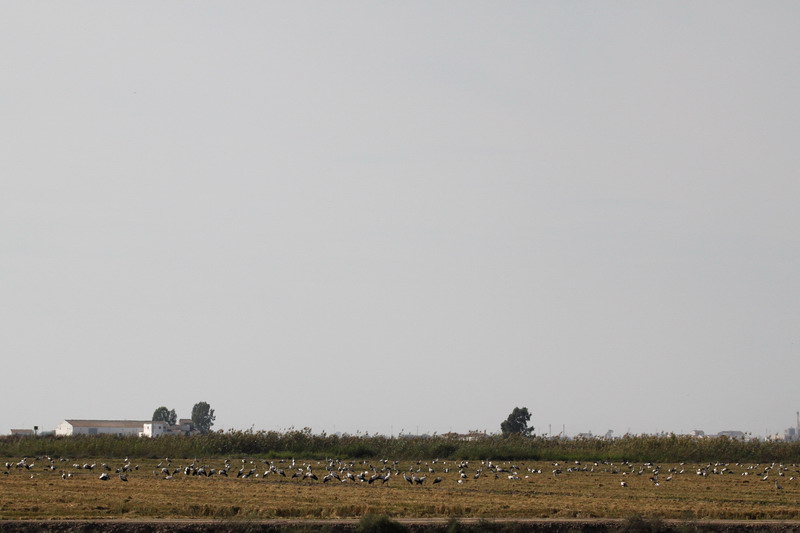 "No, we don´t have any intention to migrate to Africa!" 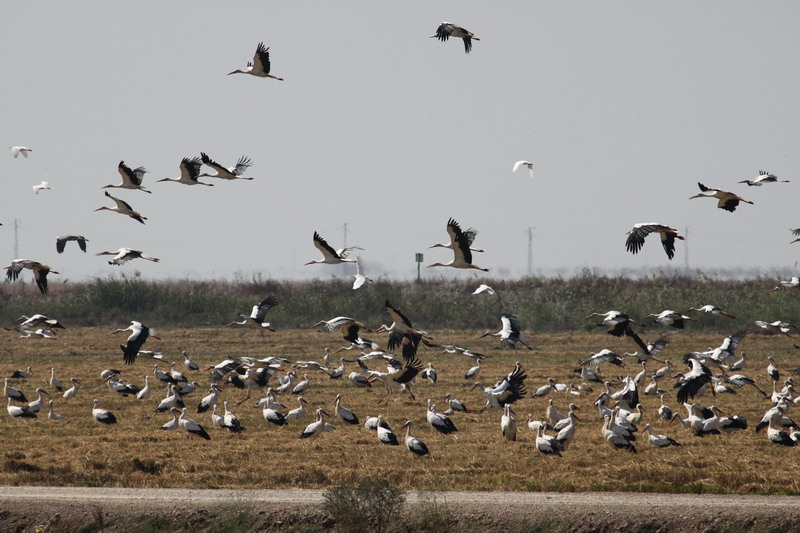 "We'll stay here and enjoy ourselves!" 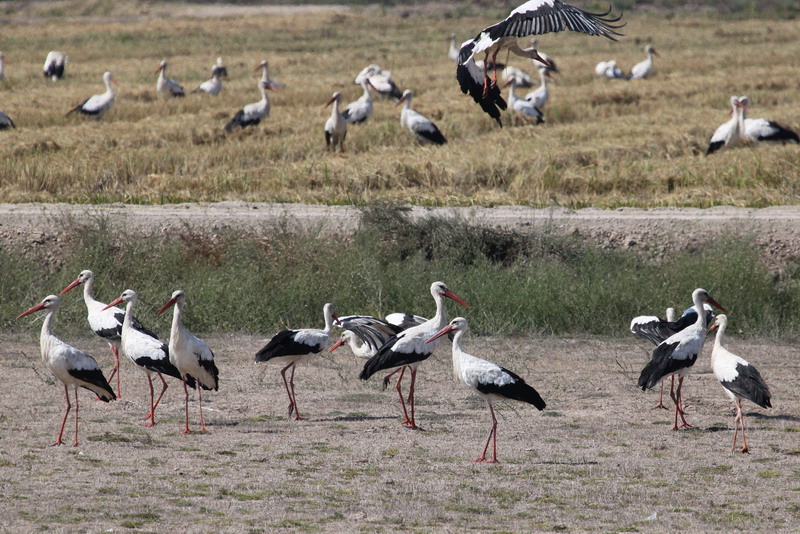 It is unbelievable amazing, how the storks discover their food sources! Do they discover it from the air and associate this human doings with big harvesters as food for themselves? In any case these fields are accessed unerringly, where millions of insects end defenseless in stork beaks after the harvest was done. 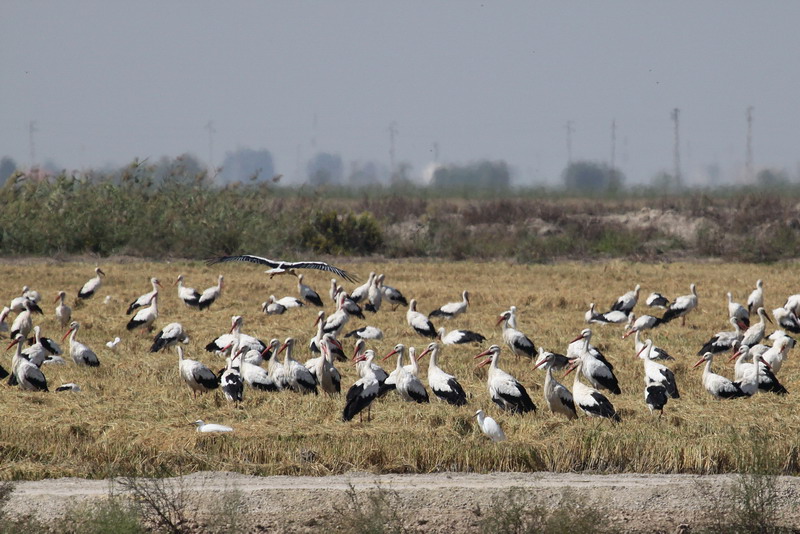 Men and birds in accordance! In Brazo del Este it seemed to work very well! 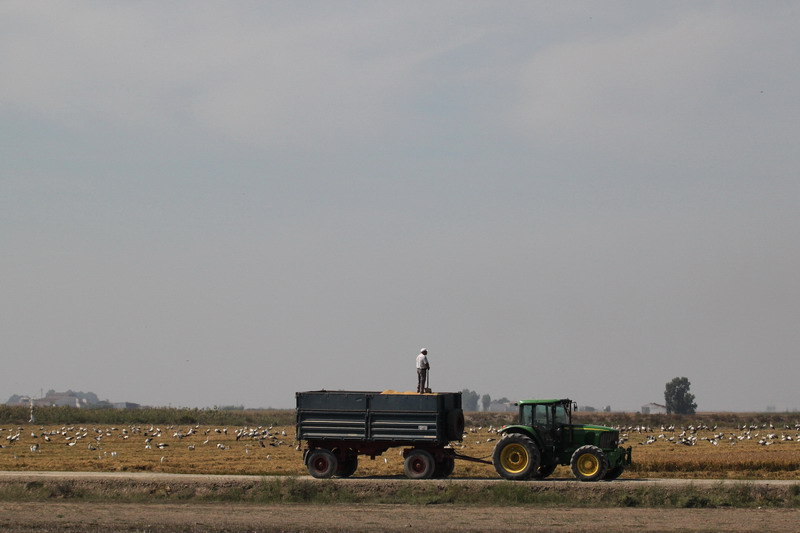 Of course we had much more experiences in Brazo des Este, this bird's paradise in the south of Spain. Soon I shall tell about!