Also yesterday I took the chance to use the nice weather and had been at the Guadalhorce-mouth near Málaga. It was so beautiful there! 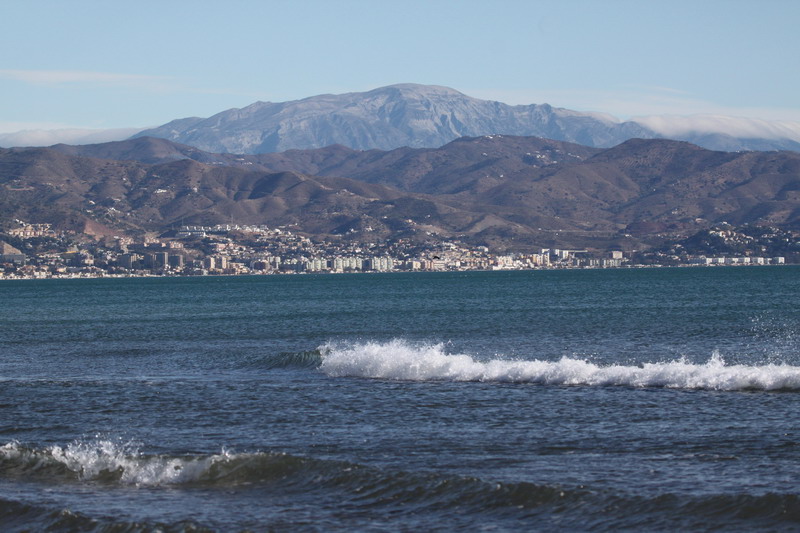 The sanderlings had still been there, but I only saw them from very far away: 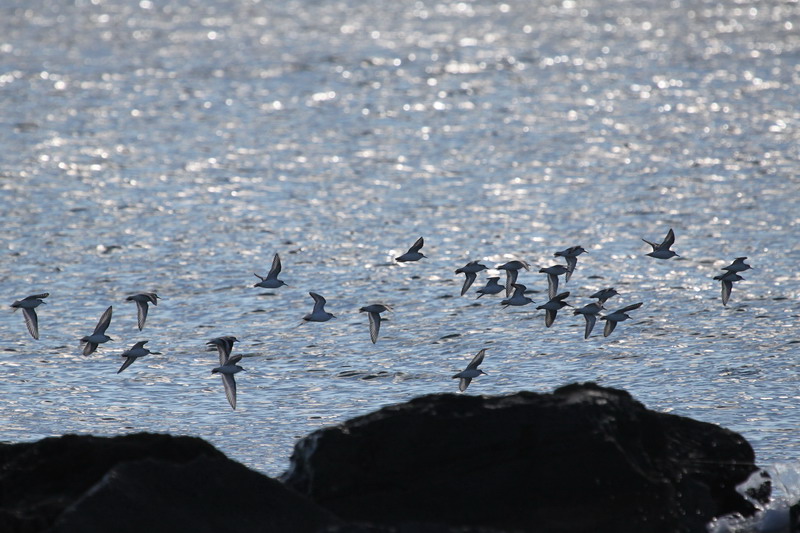 Mr. Heron played a joke and showed us hilarious a pirouette before landing: 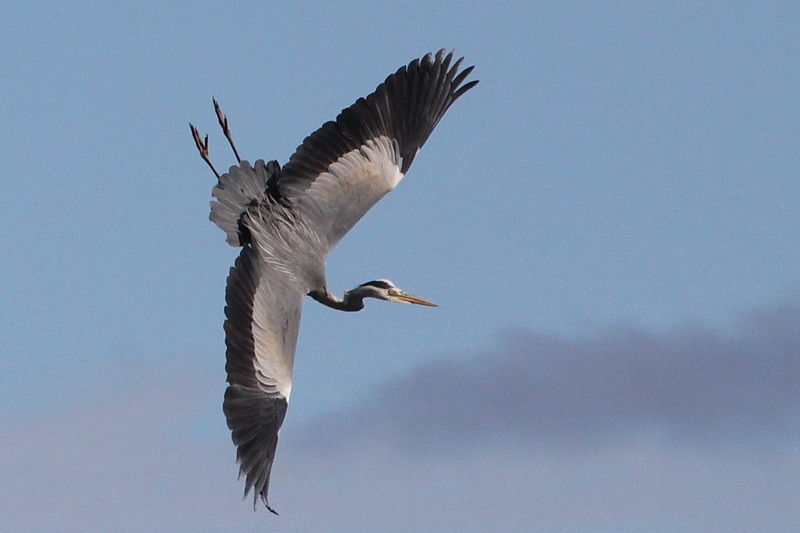 A booted eagle (?) was going to look for food: 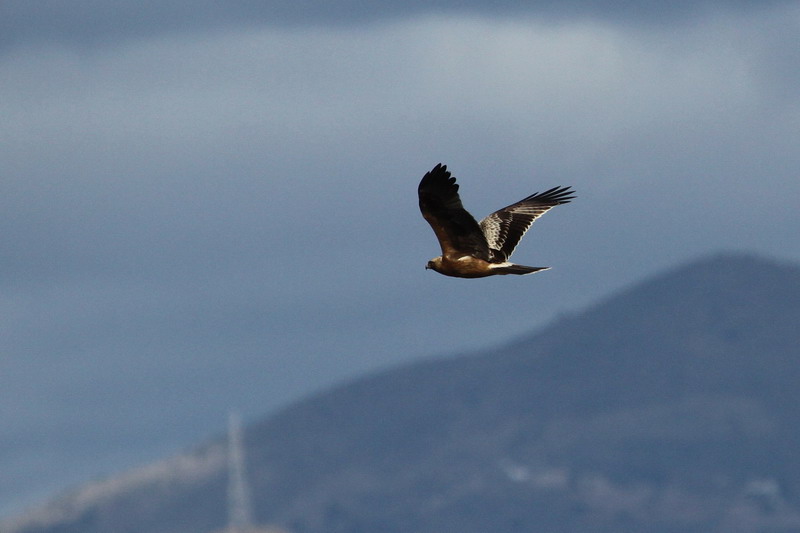 The osprey had already been successful. Far away from the observation house we saw him flying with his prey: 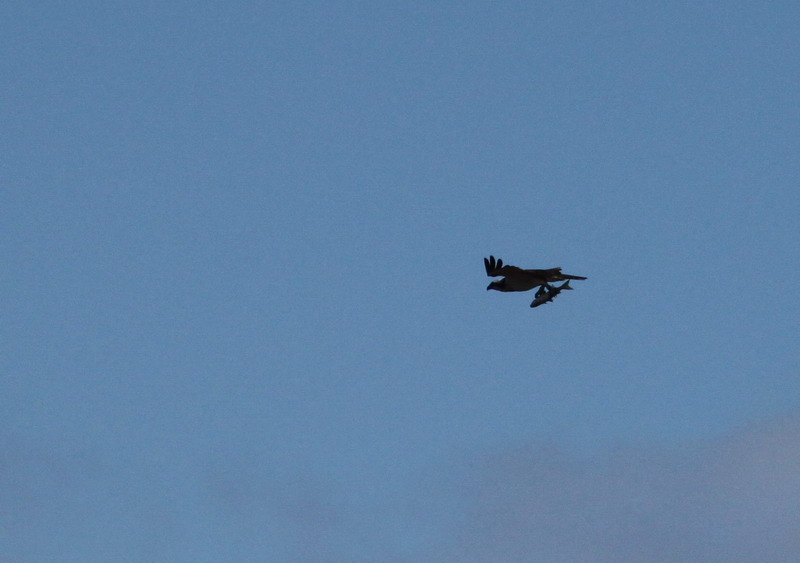 He approached the lagune, where we were sitting and ... 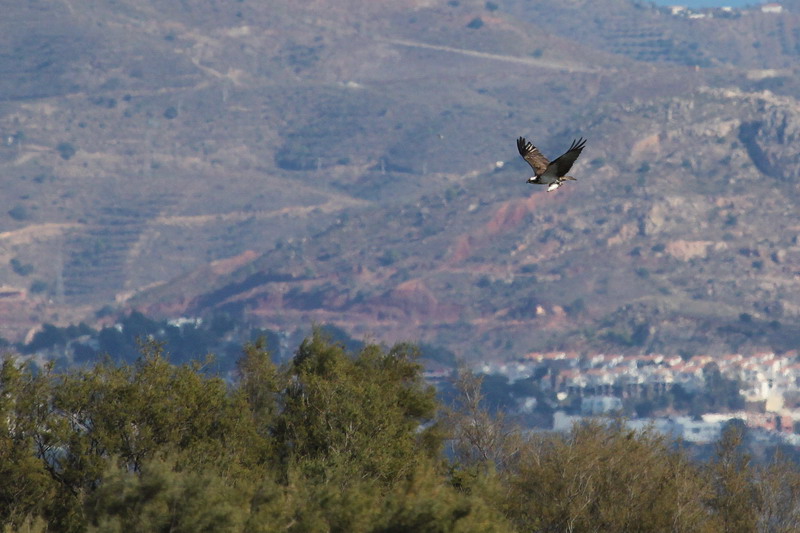 ... landed with his fish on the other end of the lagune. Remarkable was, that he wasn´t immediately going to eat his prey. I took about 20 minutes before he started to eat. Why he behaved like that, we don´t know, but we assume, that the osprey had first to relax from his hunting activities. 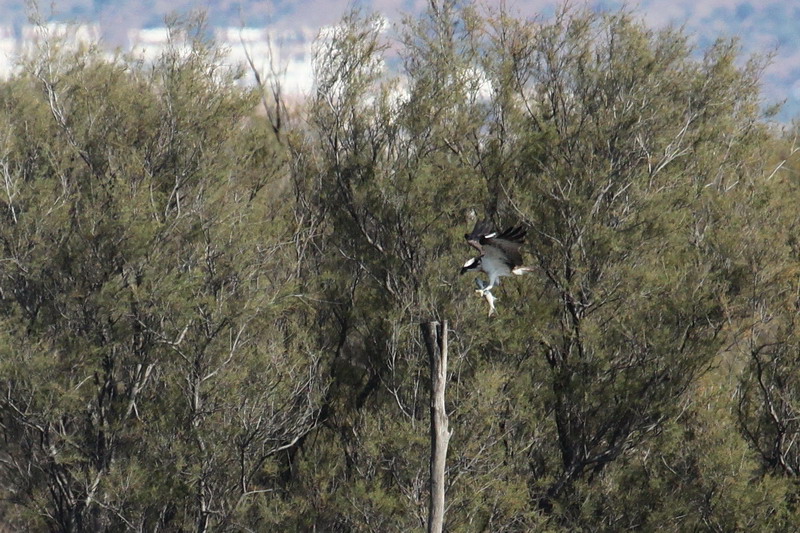 An elegant pintail we also saw: 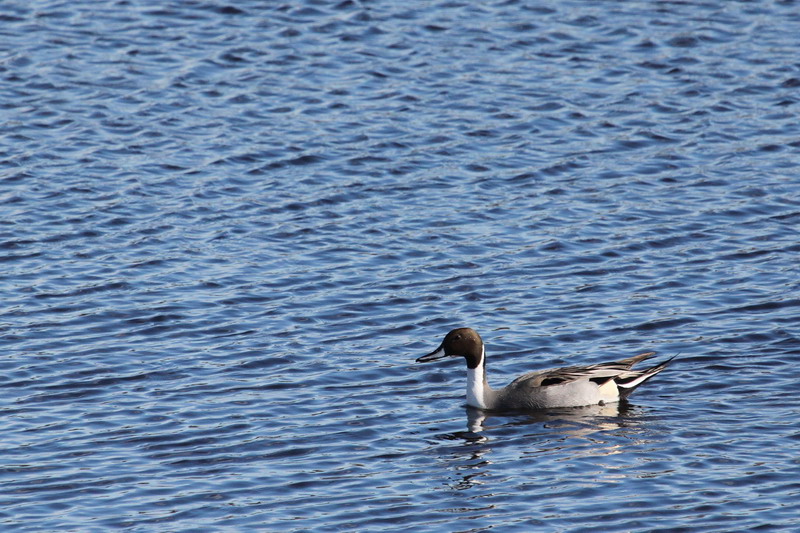 A sandpiper in its winter dress: 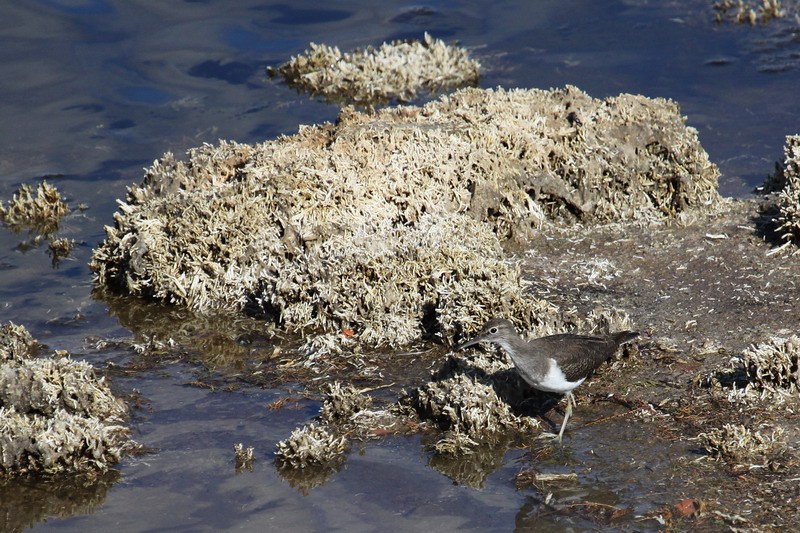 So nice to watch was also this group of water birds and waders. The common shelducks and marsh sandpipers took a long nap: 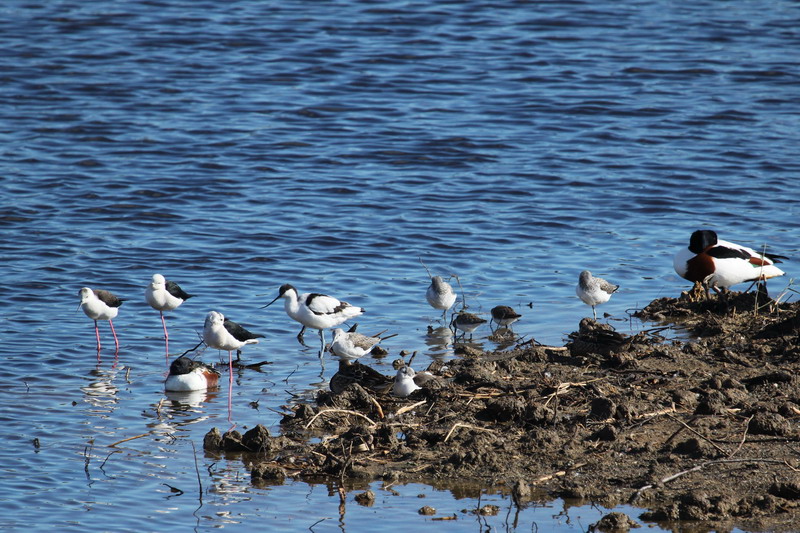 But at a time they all woke up: 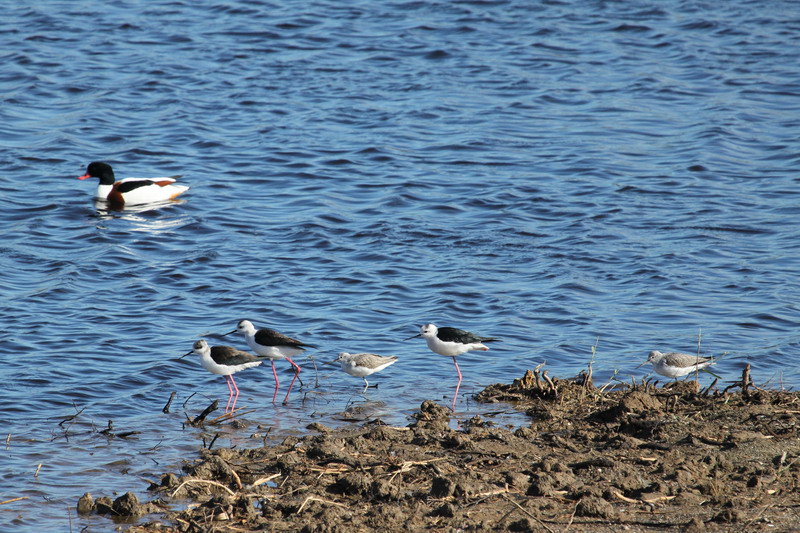 "Oh, my winter dress suits me fine!" the stilt thinks: 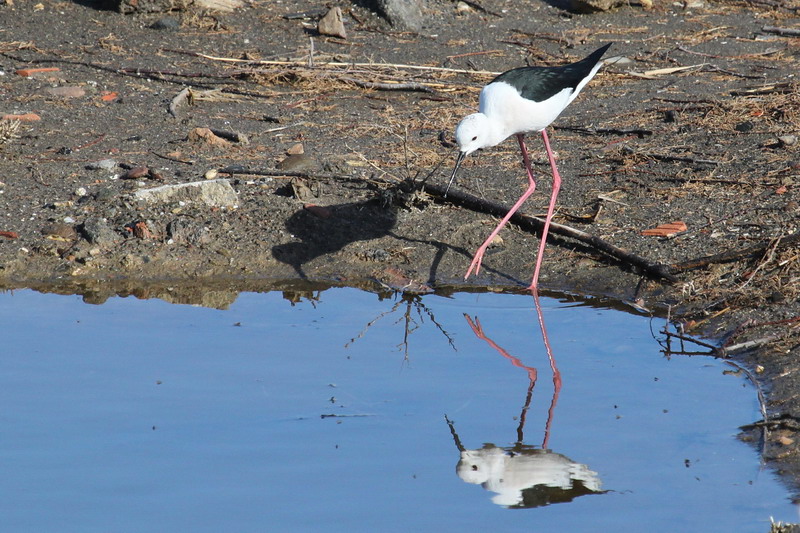 Enchanted he is going to look for food and ... 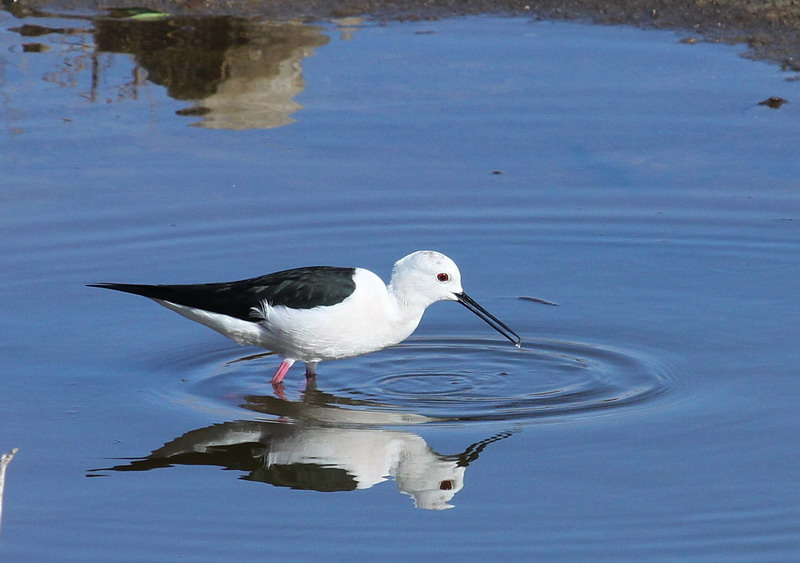 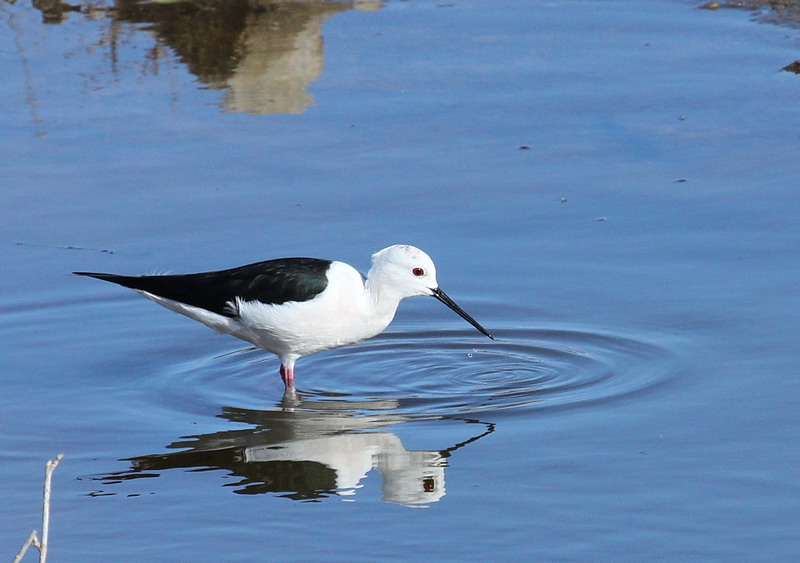 "It is just terrific here at Guadalhorce!" Mr. Stilt thinks. Hereby I only can agree!

Such beautiful times are to be spent there! 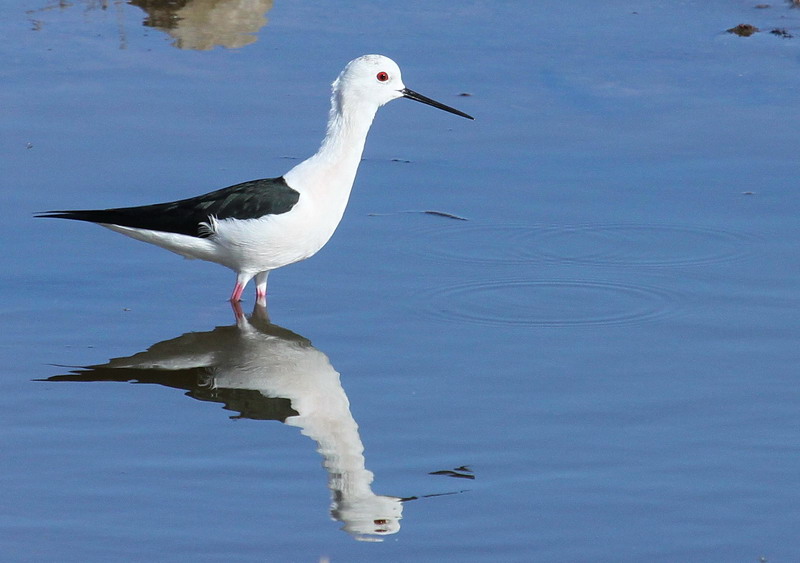