Continuation of the report 'Saline at Bonanza'. I inscribe this chapter to the beloved waders, which we met there. Stilts and curlew sandpipers we saw to hundreds. But from very far. As also most of the huge flocks of black-tailed godwits: 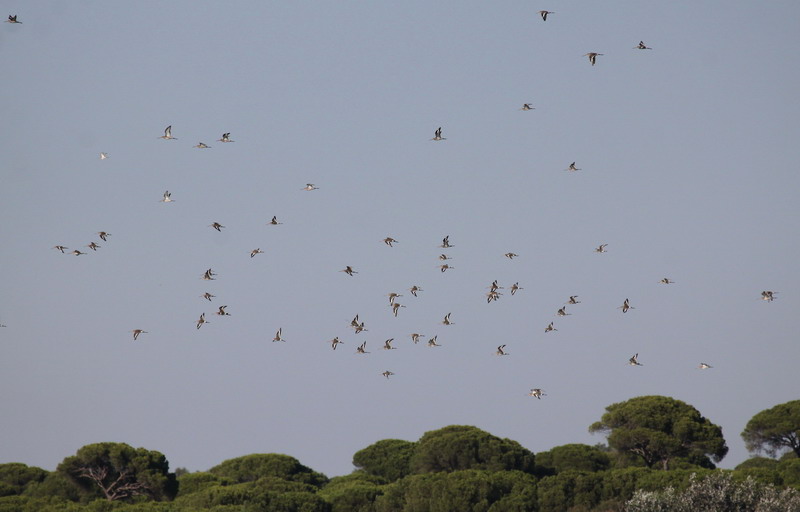 Also whimbrels we discovered, if also in quite a distance: 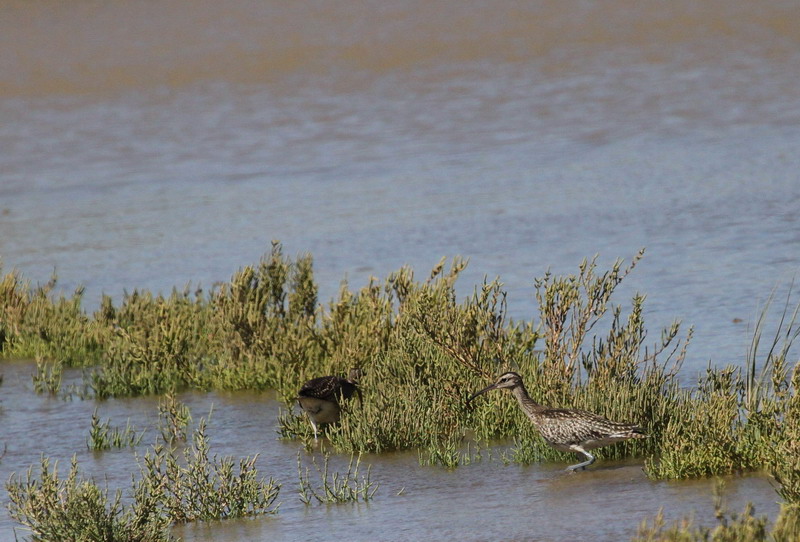 On the other hand we were very lucky on the day of our arrival in one of the saline basins. The water nearly had been evaporated and opened quite a brim of mud the birds weren't able to resist. We had been only four meters away from it and they even didn't take notice of us! I have never experienced anything like that!

But as I mentioned already, that lucky we only had been on the first afternoon. Right the next morning the basin was filled again and the nice mud brim gone. 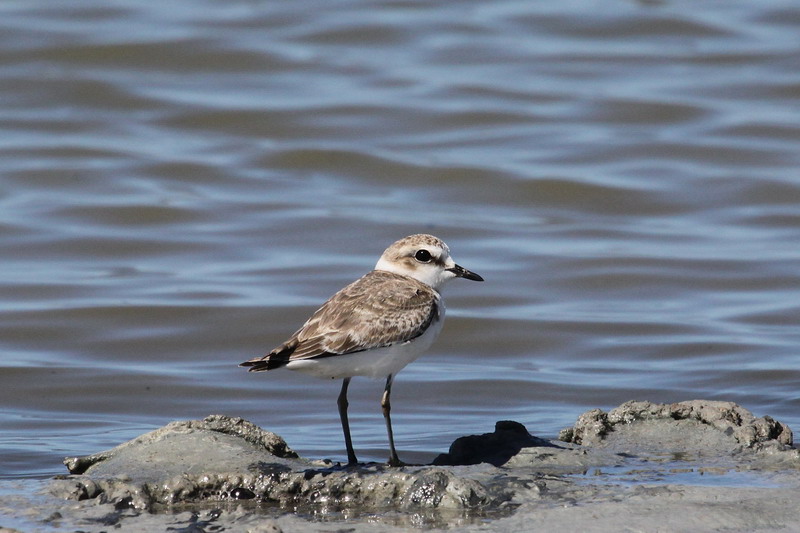 A common ringed plover eagerly looking for food in the mud and ... 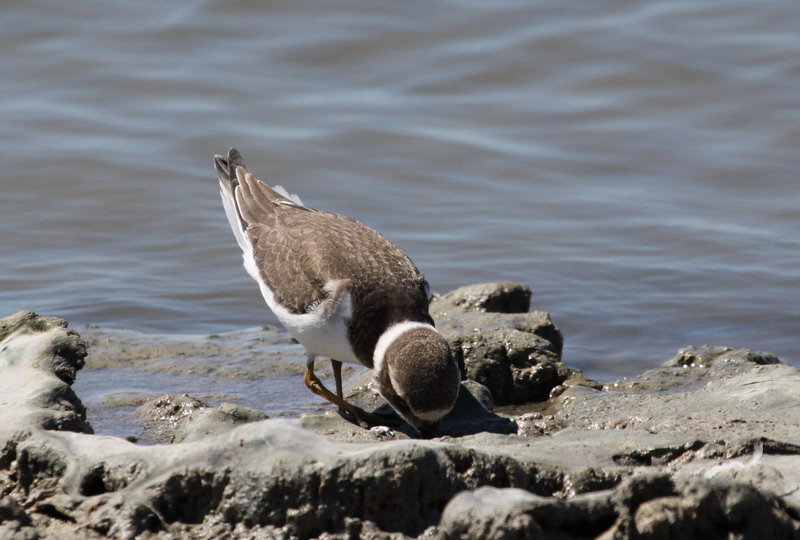 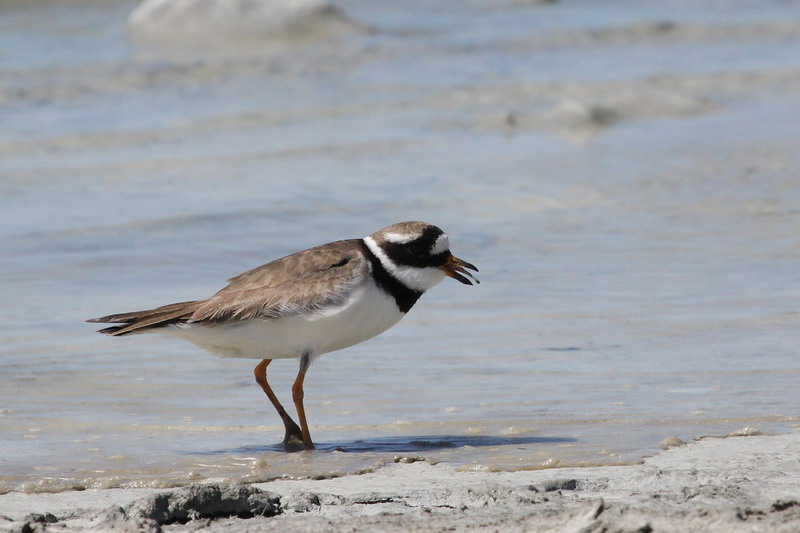 And eagerly he continues is search: 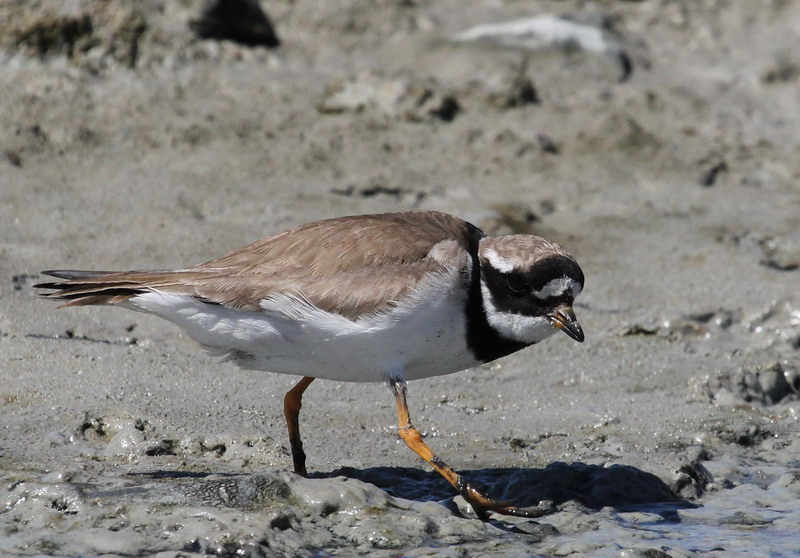 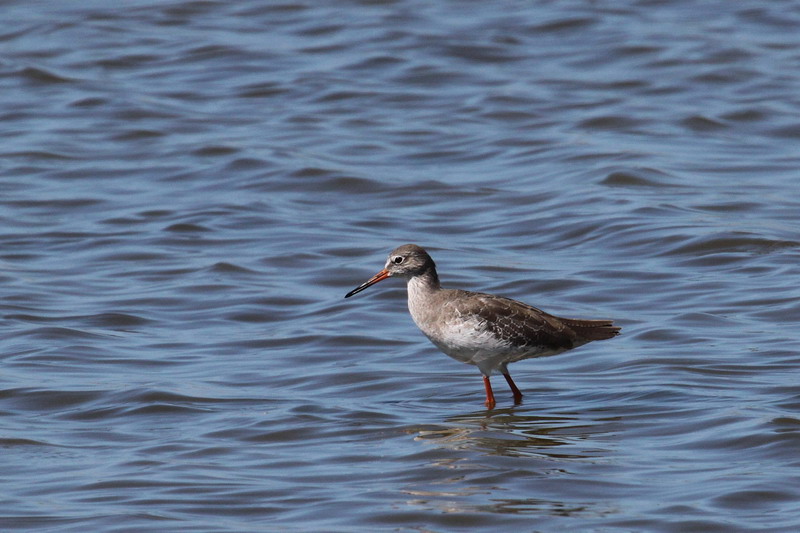 ... here another one, who made friends with two dunlins: 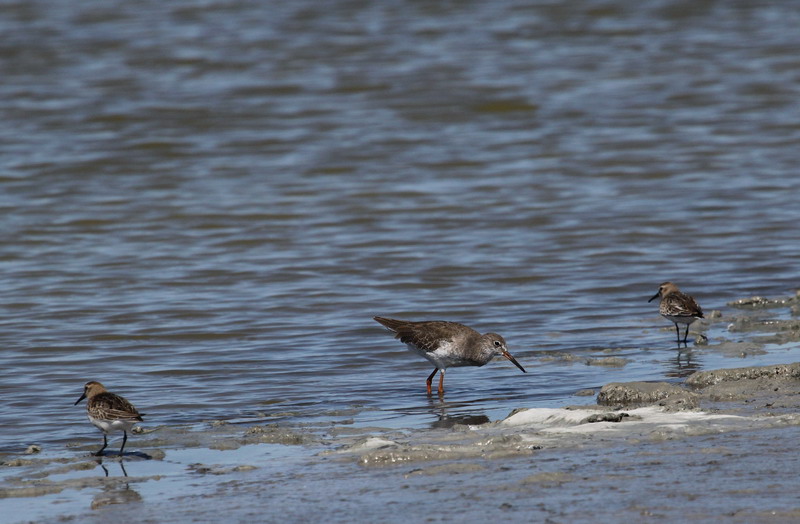 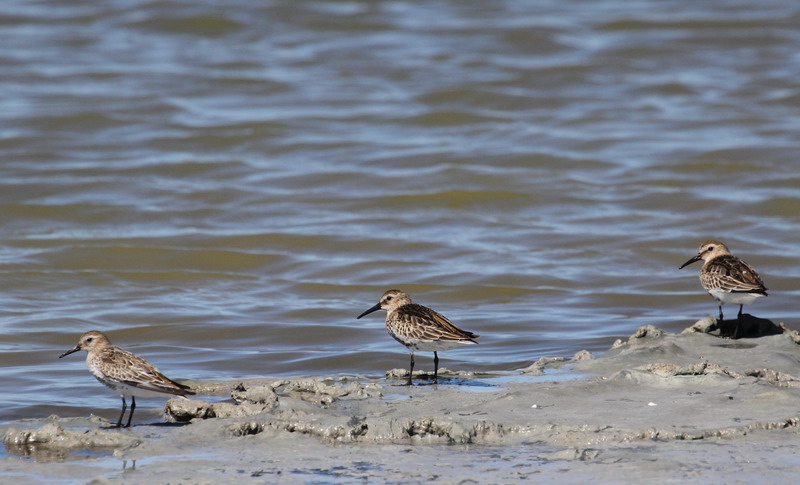 The next identification gave me big difficulties, because look at the beak of this dunlin, which reaches a length as I used to know: 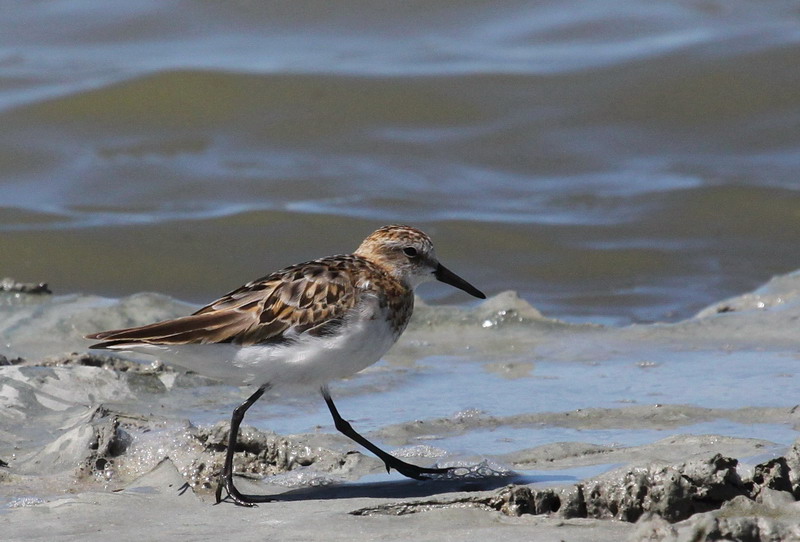 But this individual got a much longer beak as I looked into all bird books until a friendly expert told me that this also is a dunlin just with a longer beak. Obviously there are small differences in the species: 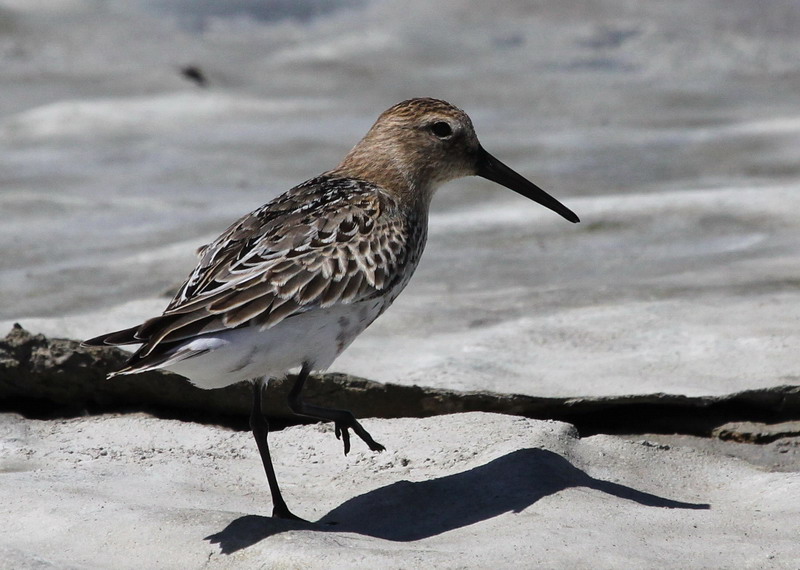 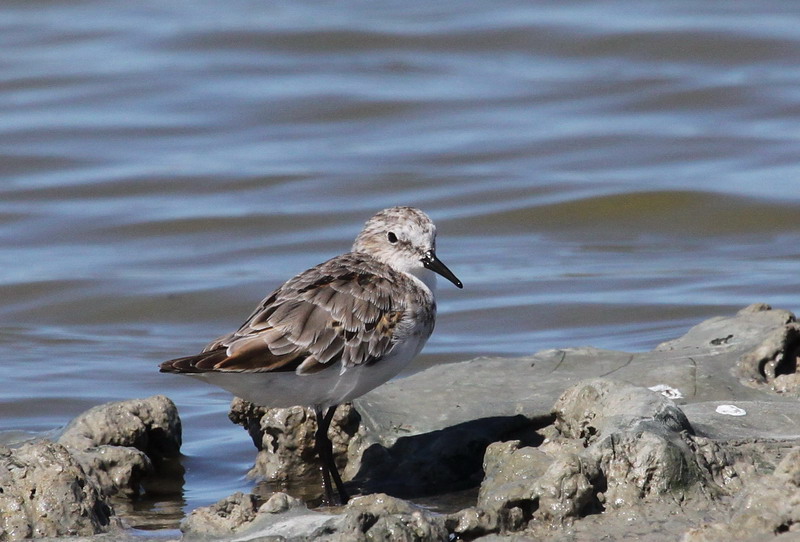 immediately beyond the waders caught the eye: 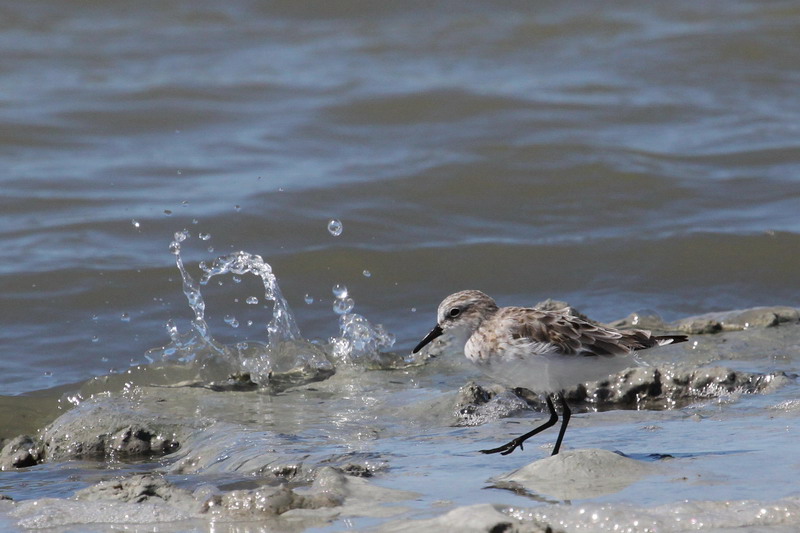 A single turnstone also had been with the cheerful flock of stints: 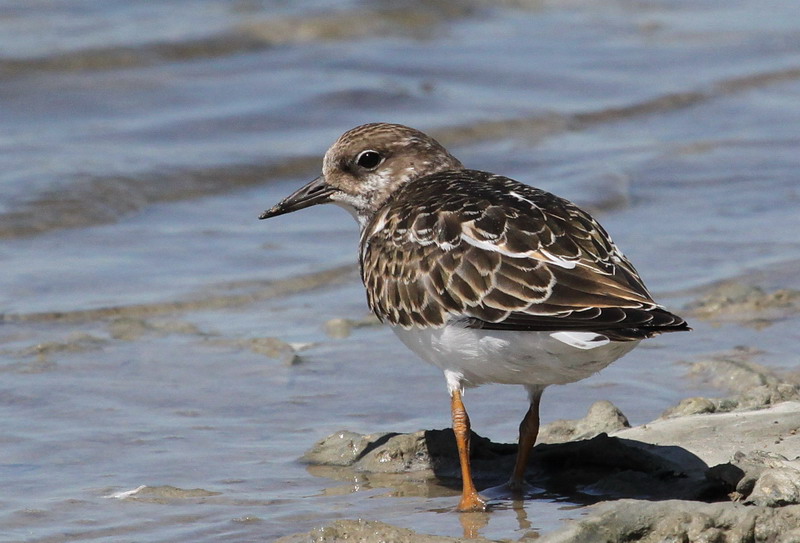 And now let's shift attention to the curlew sandpipers who were there in high numbers: 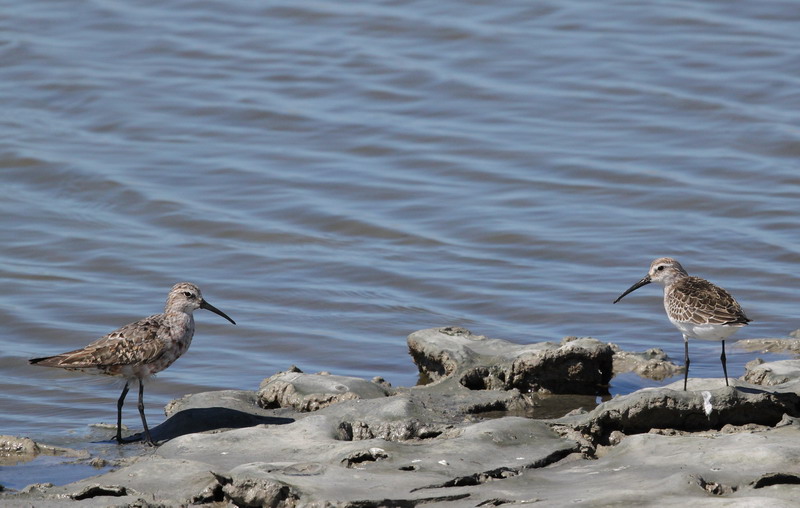 This individual should be ...

This is an adult bird, where you still can recognize...

It was so nice to be able to watch the birds from so near, looking for food: 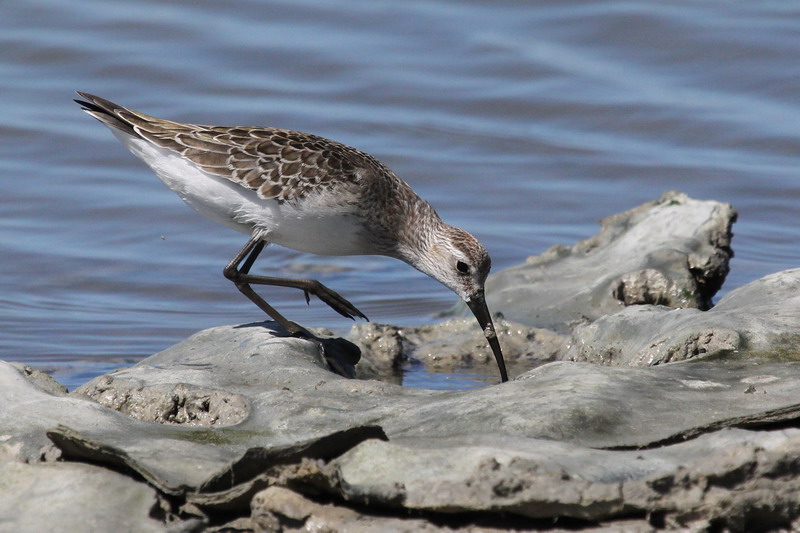 Well, one or the other also showed us ...

in the heat of the moment also its nice backside: 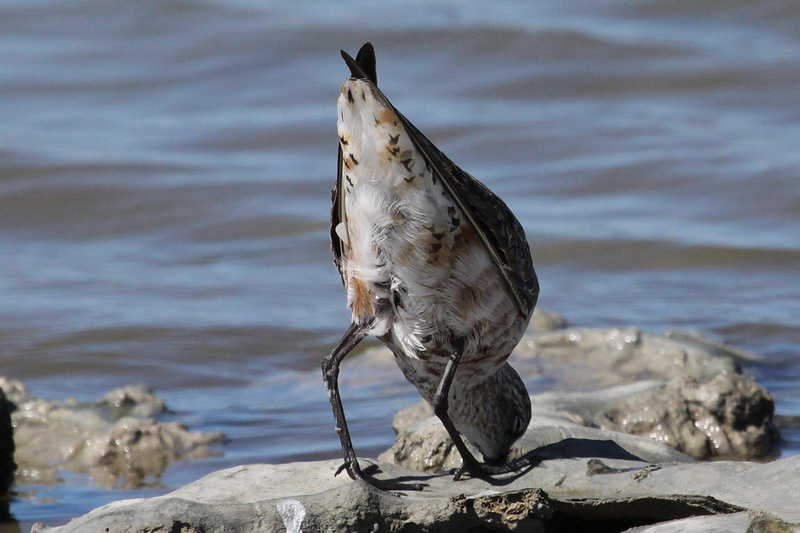 "Just a moment, there I just discovered something!"

"With my long curved beak I surely will get it very well!":

Some other birders, whom we met the next days at the salines were not that lucky to see the waders from that near. They hardly could believe as we described the scenes we had experienced.

In the next chapter the white spoonbills will show us their fantastic formation flights!