Of course did we see during our last visit at the northern part of Doñana much more birds than on the shown photos. As for example this troup of Griffon Vultures, which had found some carcass near the visitor center José Antonio Valverde, and stayed there for foraging. Again and again single birds arrived there and we wondered, if they are attracted by the smell or pure vision? Wherefrom should a single Griffon Vulture know, where his fellows found food?

The Dehesa de Abajo is still accommodated by many water fowls. 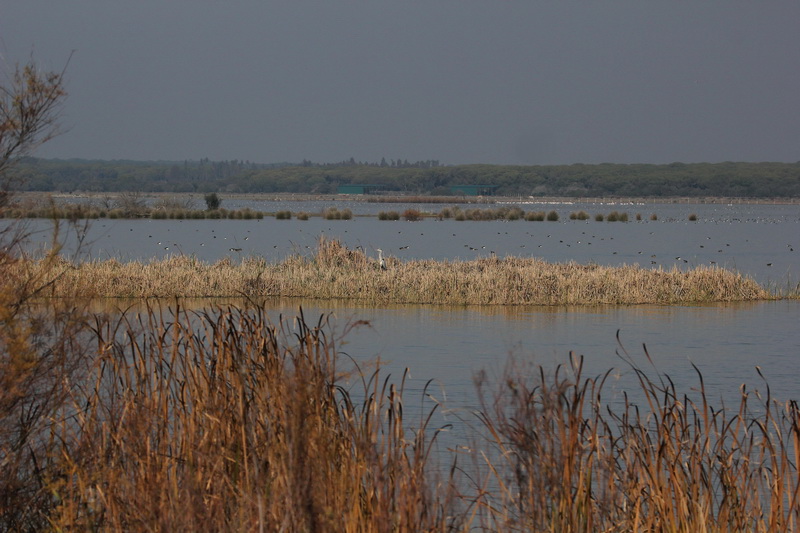 What a nice surprise, because we also saw a Ruddy Shelduck couple! The bird on the right is carrying an unreadable ring. 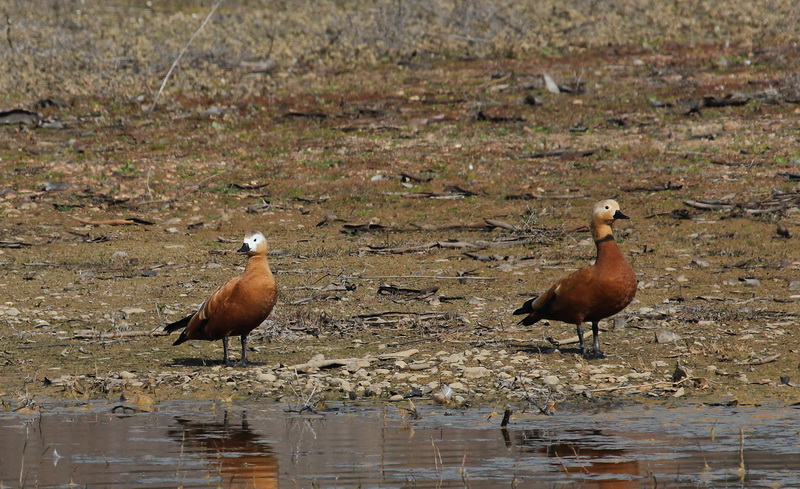 "Dear, I only can assure you again and again that I am not married!",the male assures in despair and 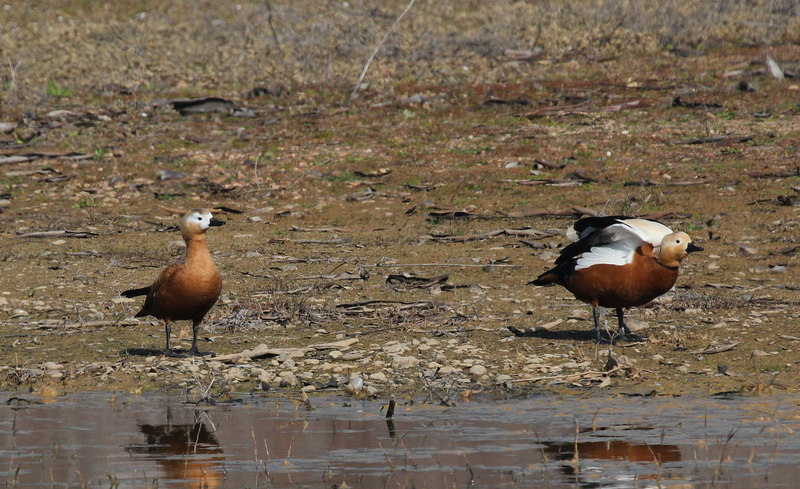 blares out: "This ring I just got from the ornithological institute!" 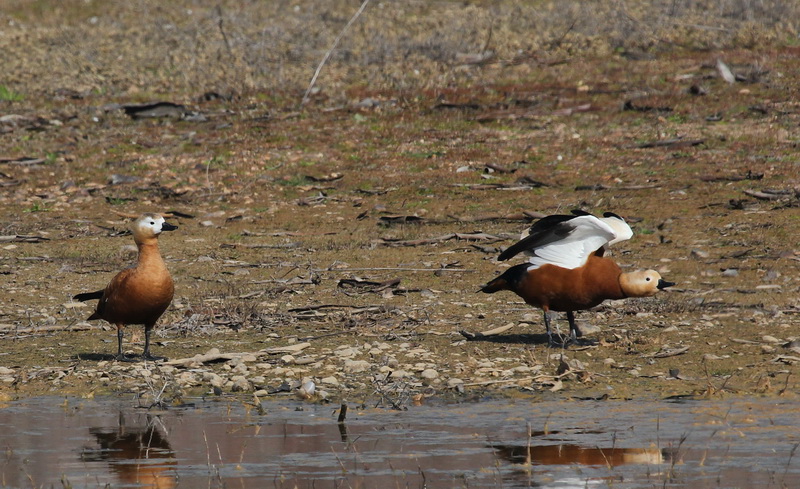 Finally the inamorta believes his words and follows him in flight! 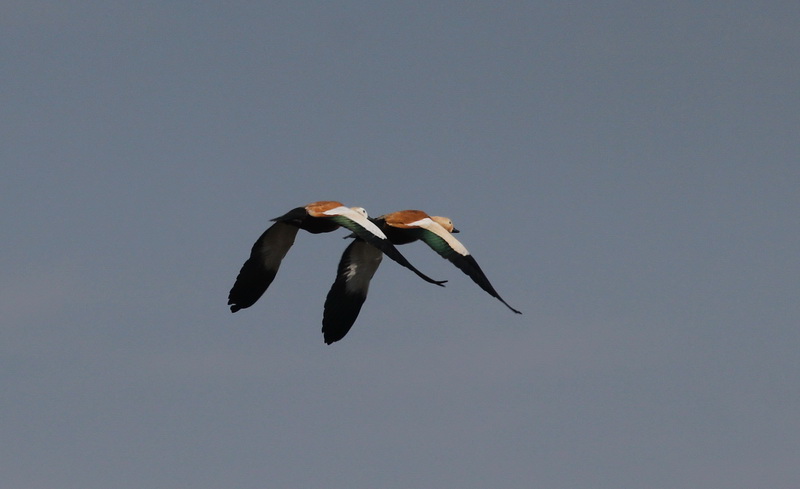 Gorgeous, also a group of altogether 17 Black Storks we met on the fields: 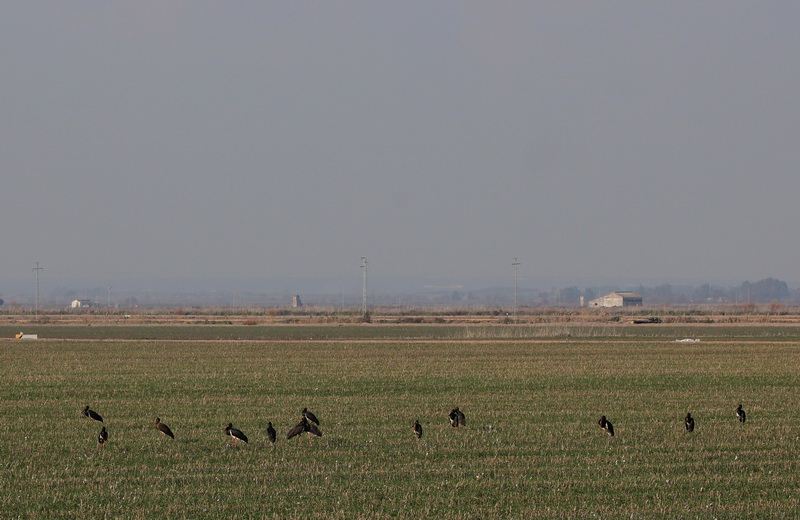 Amongst them also the banded one "7X". According to my first inquiry it seems to be a Stork banded in Protugal: 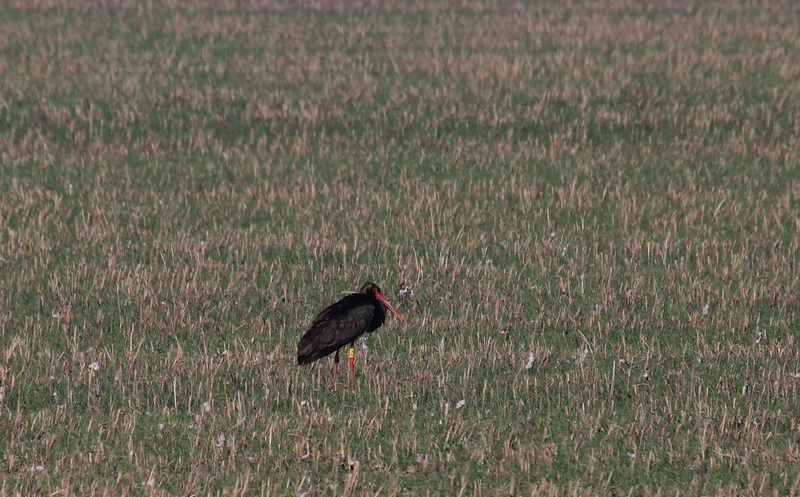 On the Waterhole at the visitors center José Antonio Valverde a huge group of White Spoonbills is staying: 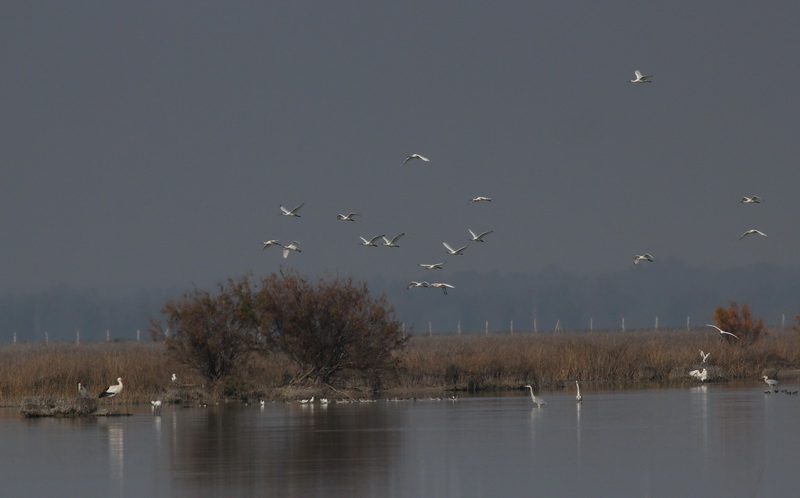 As the Titlark extensively taking care of its plumage 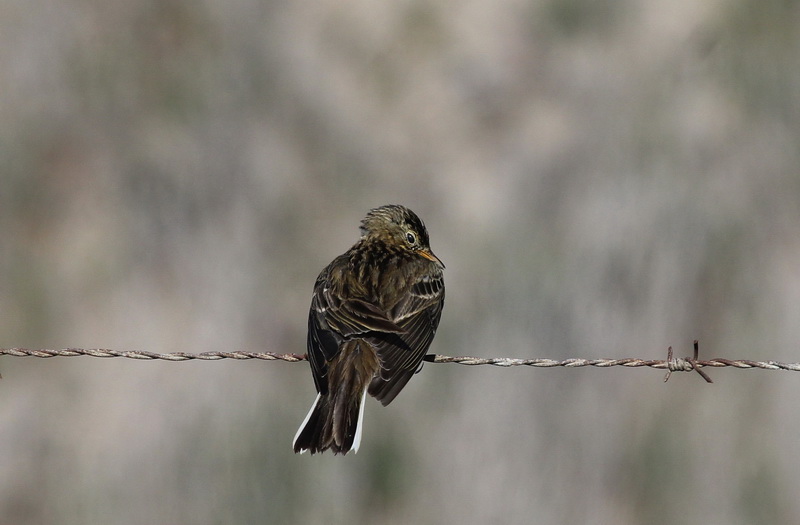 the kestrel is looking for a mouse: 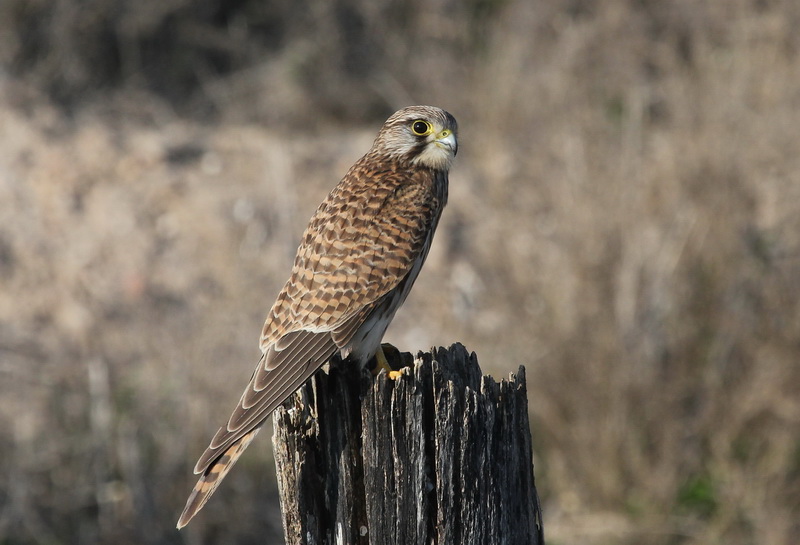 During almost all excursions I was lucky enough, that ONE bird came very close. Also this time, because a youngster of the colony of Night Herons 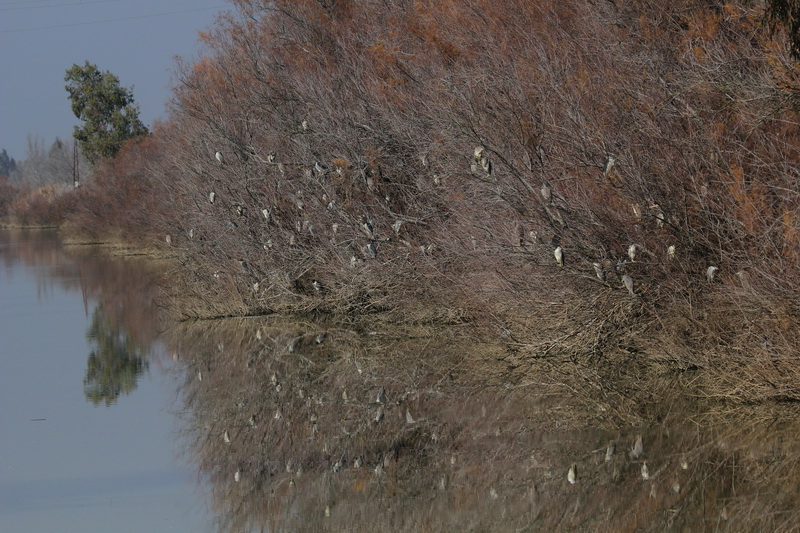 performed rigth infront of our eyes this one-man-show! 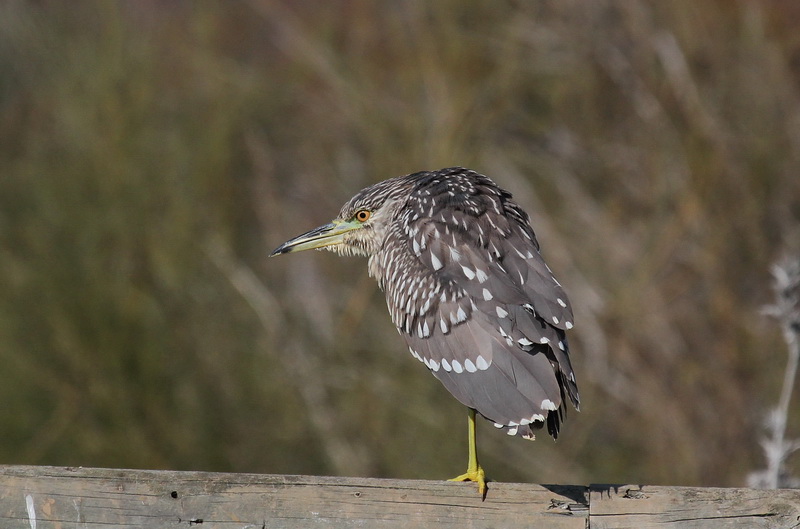 Still very tired from the nightly hunt, first it is yawned and 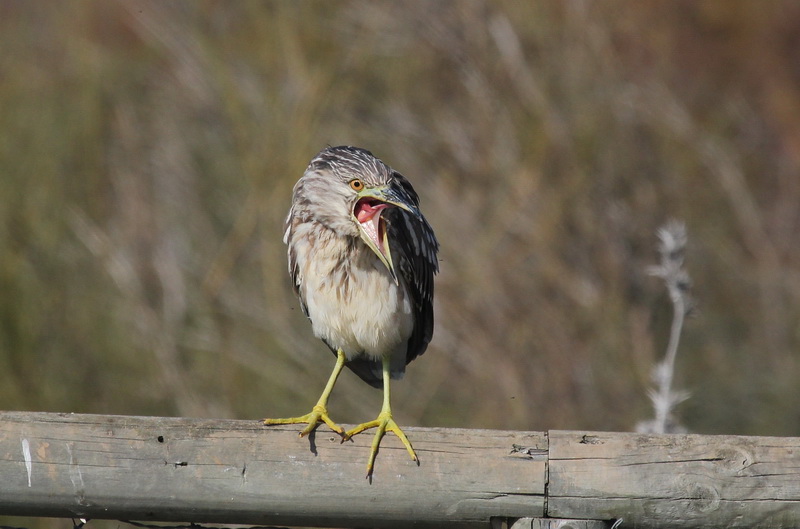 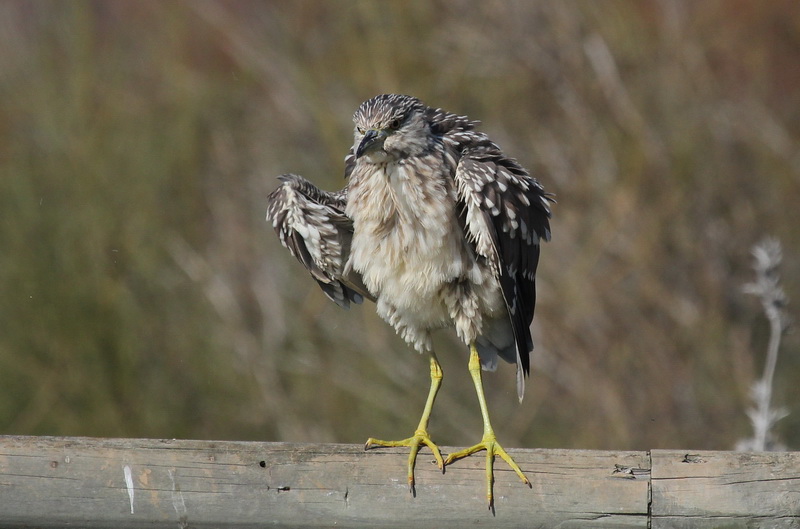 "Well, what should I do next?" 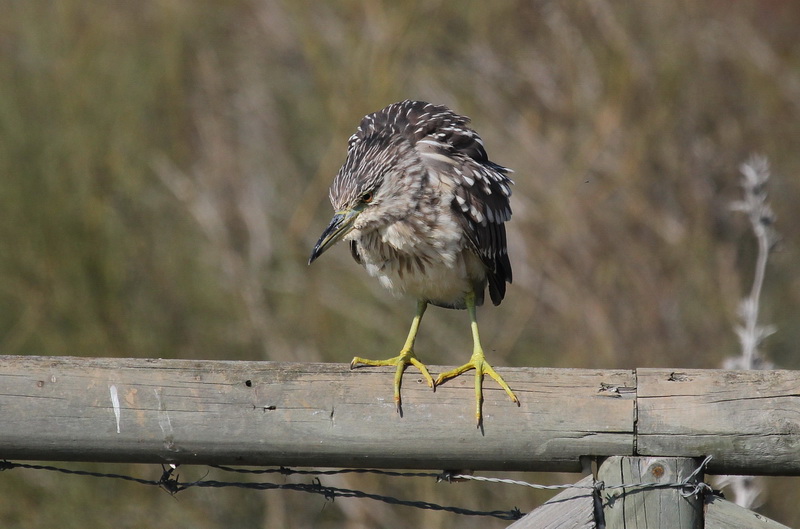 "Tee-hee, I just fly a little closer to the camera , that 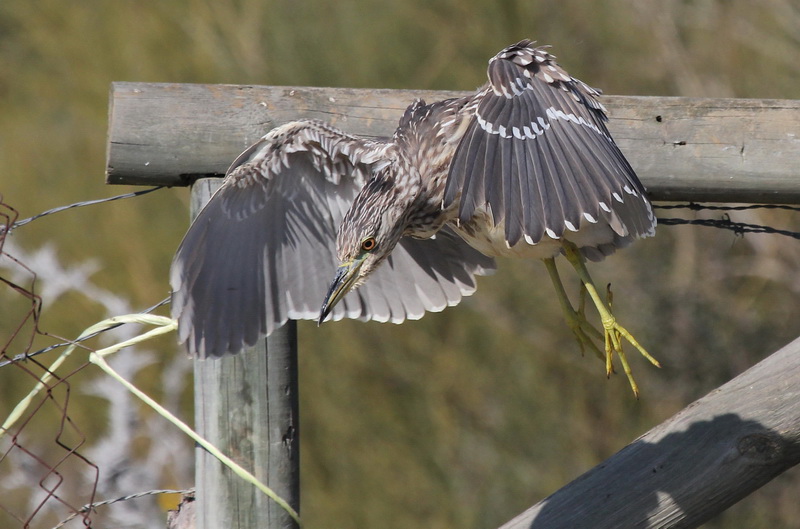 it is made sure I am on the photo!" 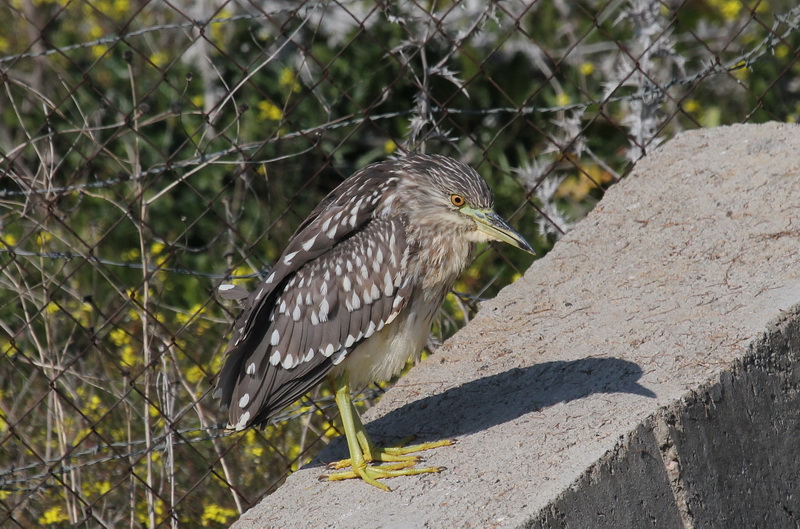 "And now please also from this side!": 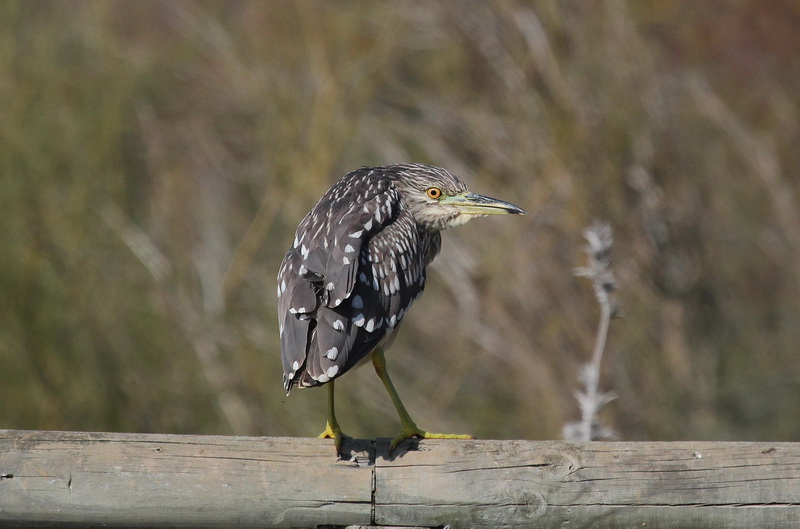 "This is my best profile!" this Nigth Heron is becoming quite cheeky for its age!

It was just a pleasure to watch him! 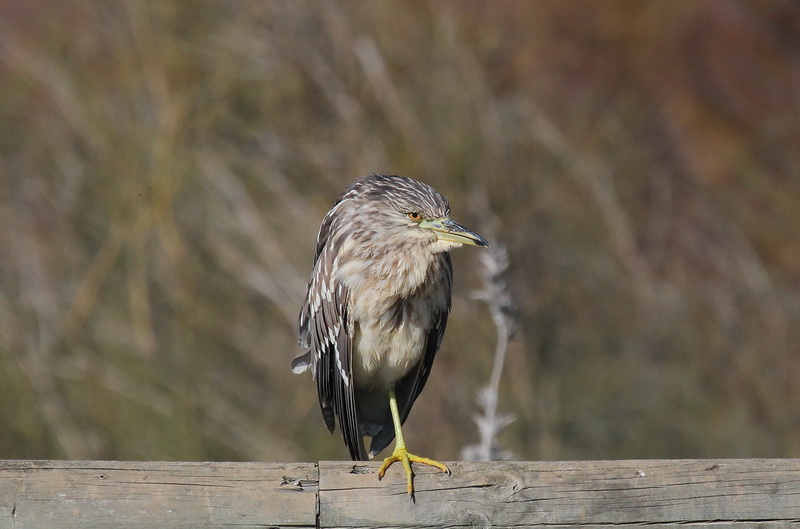