What a great morning I spent at the Rio Grande yesterday! After the first autumn rainfalls the river has water again and therefore is for many birds a good source of food and resting place. Dozens of mallards 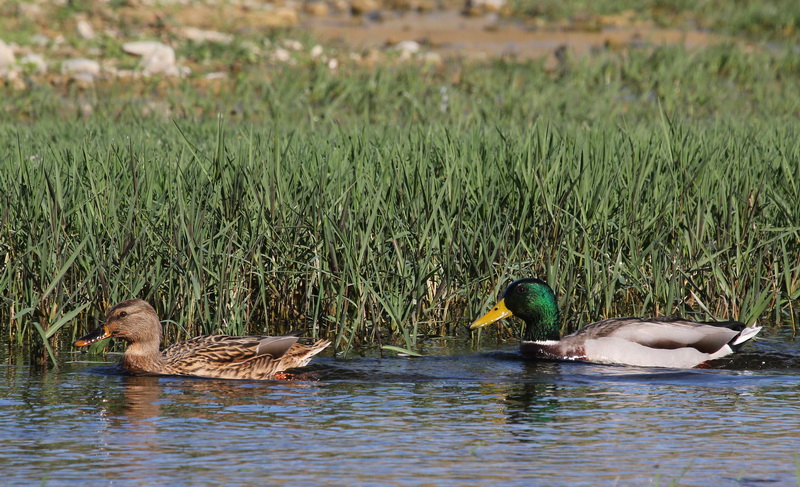 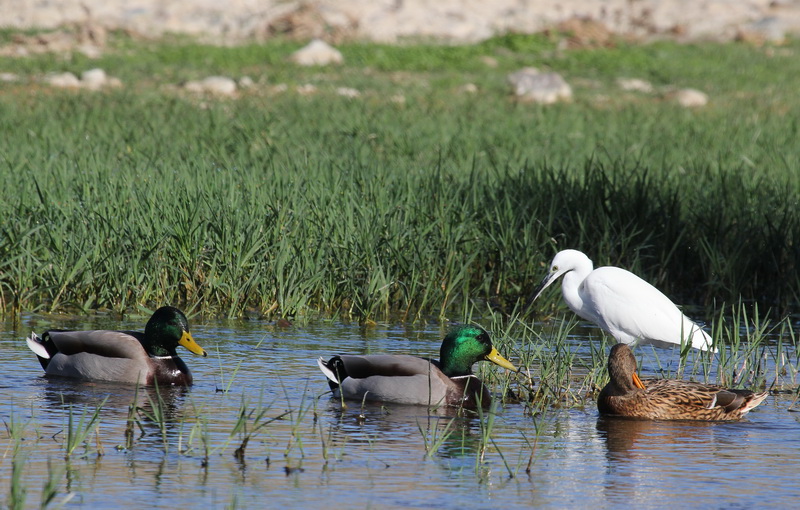 Also the first Lapwings had arrived: 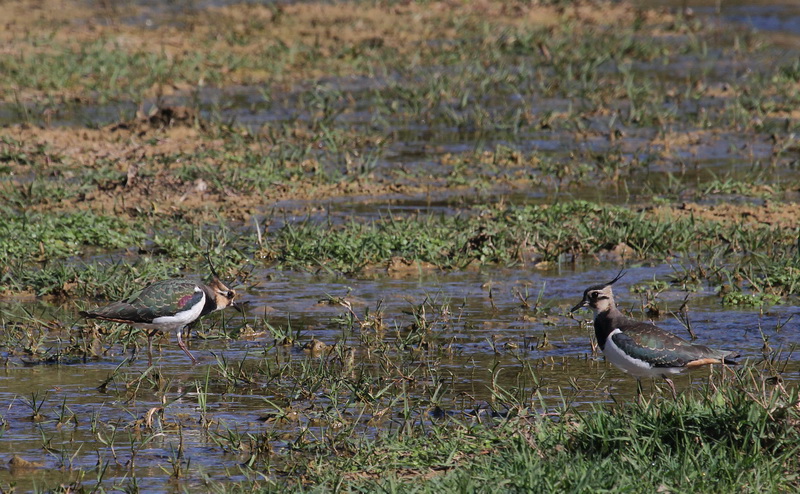 In place of the many small songbirds as Chaffinches, European Goldfinches and Wagtails, here this sweet Titlark, which felt caught off guard: 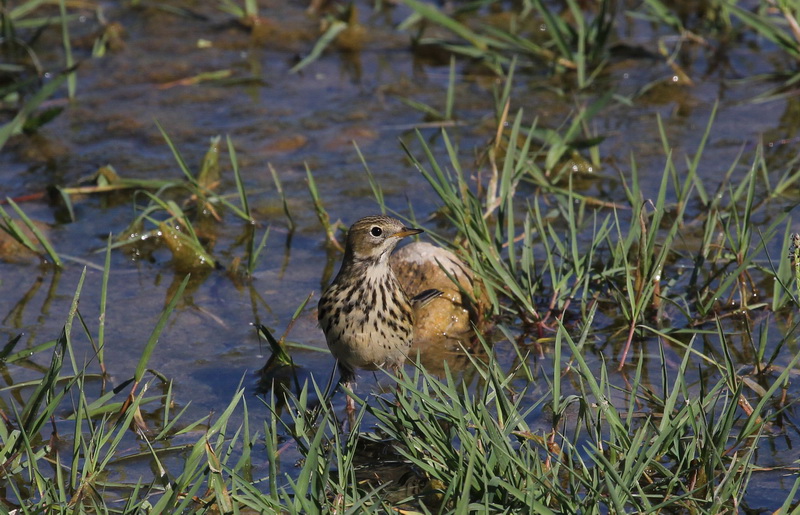 Also two Kingfishers dashed upon the river; but instead bravely sitting down on one of the raised hides, they disappeared in dense trees.

More patient with me in my 'camo tent' "car" was this Green Sandpiper, which 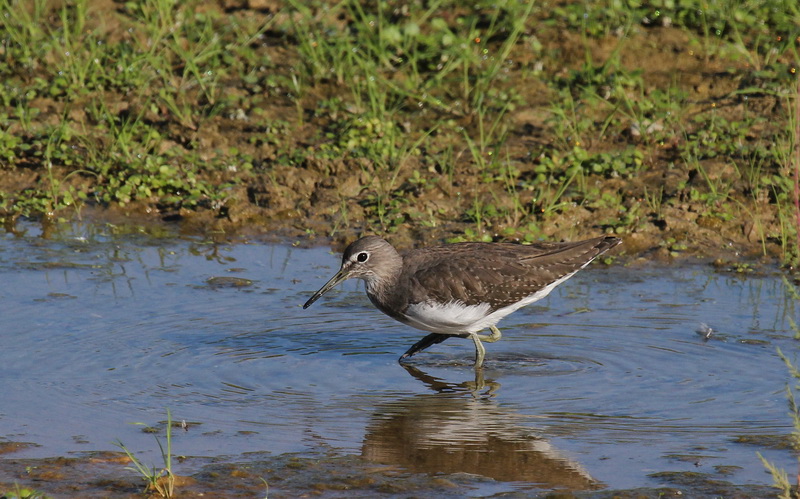 as cool as you please went foraging in front of my nose: 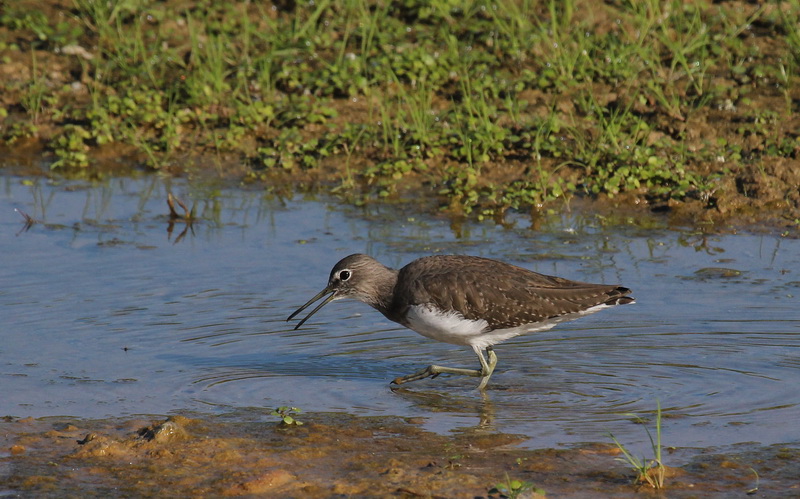 And also the Common Snipe, which I had discovered behind the stone at a time came out of its hide. These beautiful birds had no idea, how happy I had been to be able to observe them from that close! 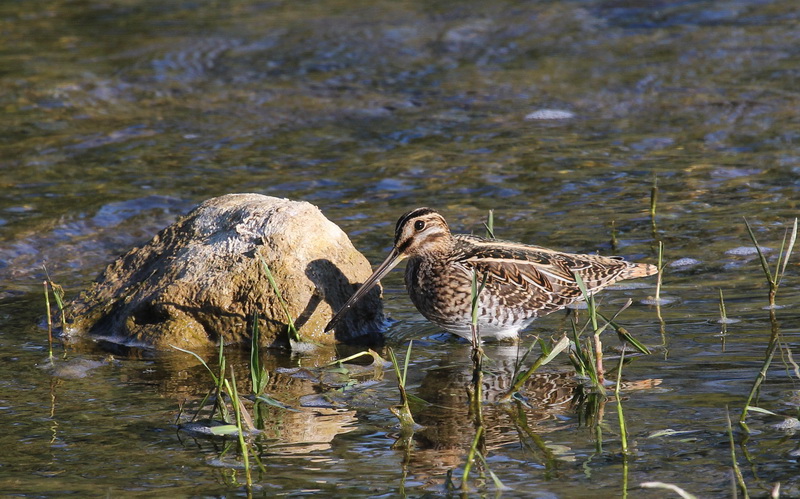 A little bit more upstream these Herons were busy with jealously chasing each other: 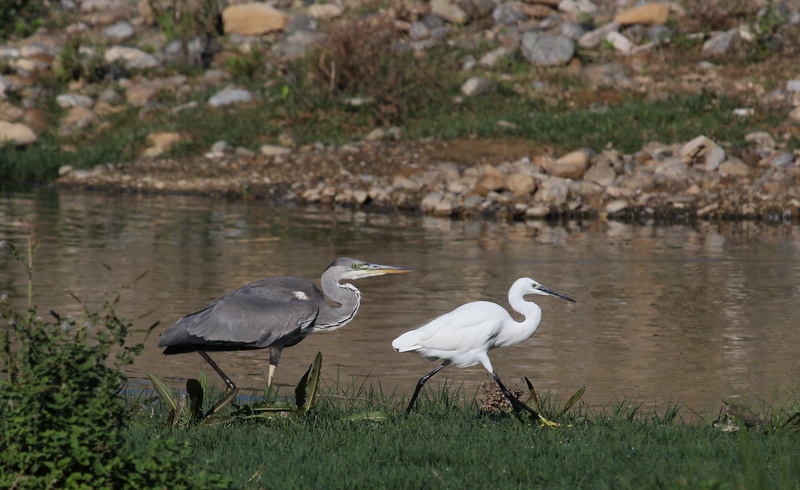 Two Grey Herons were totally besides themselves! The reason? Well, 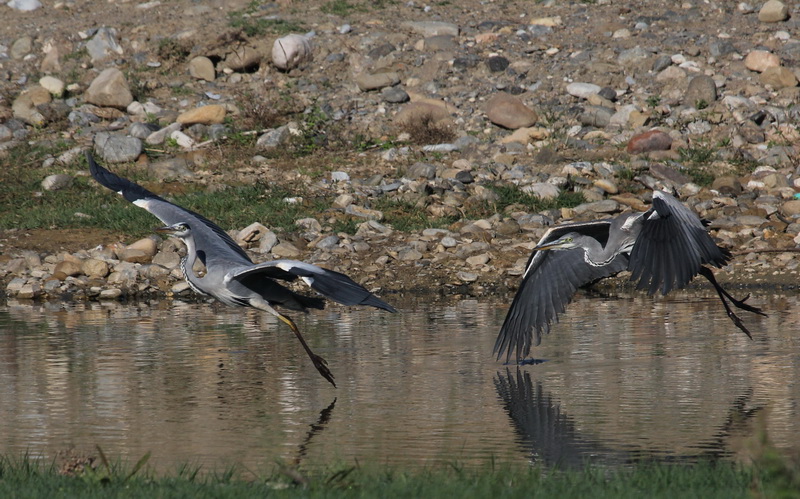 together they led off the fight against one of the three present Great White Egrets! 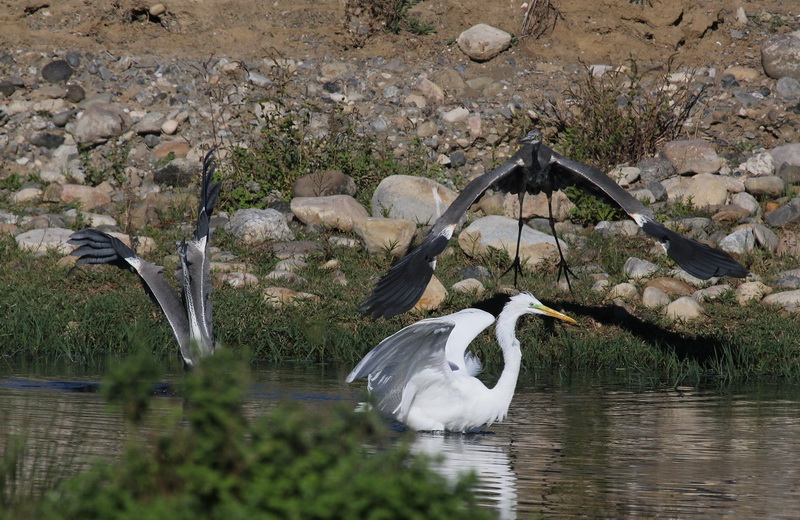 But this one unfortunately didn't let them disturb him: 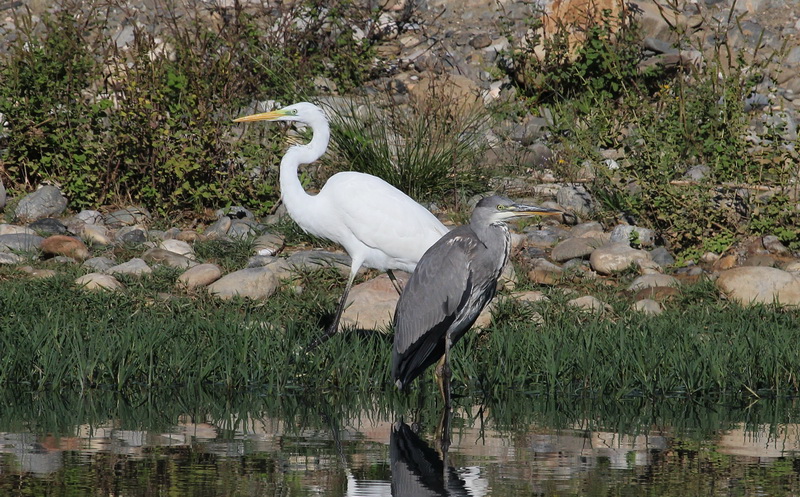 Not even the landings on water left any impression: 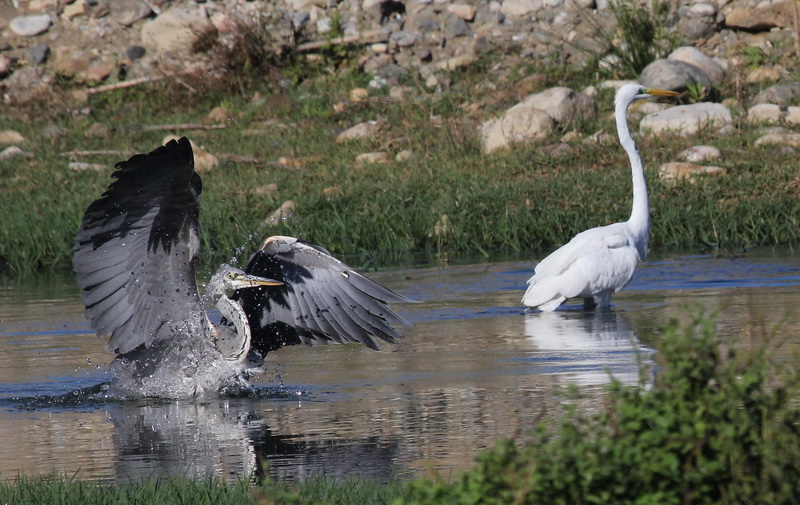 And also here the Great White Egret was not on the run, but 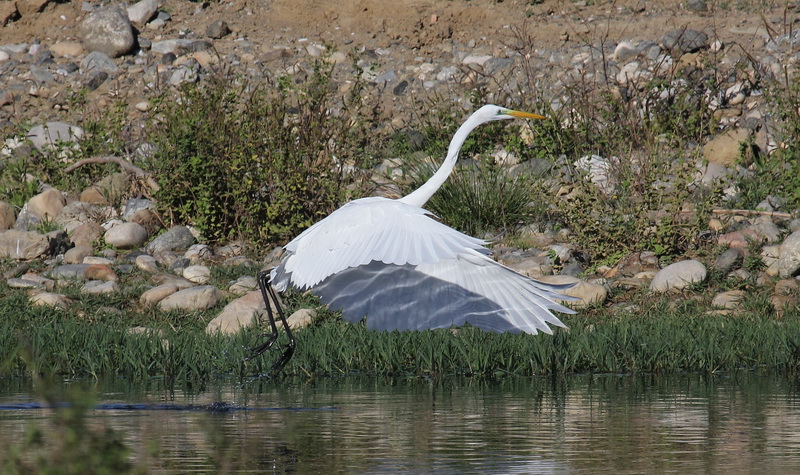 showed us its hunting skills in the water: 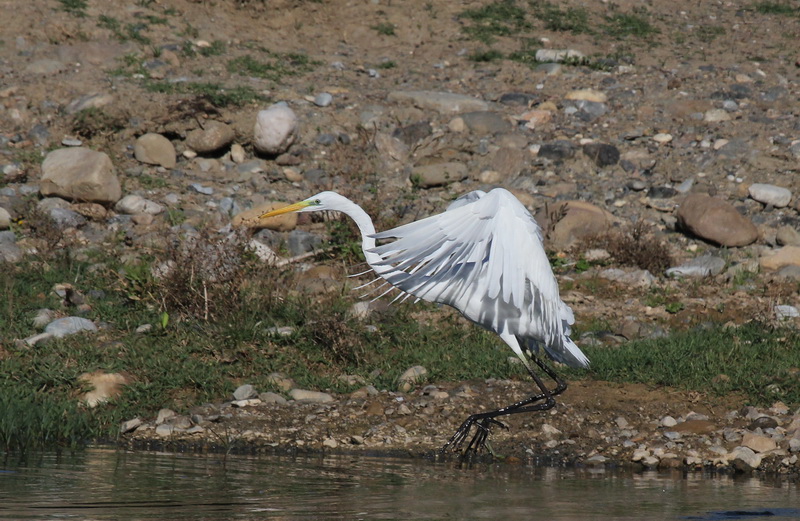 "Just get lost, you envader! This is OUR river!" The attacking flights of the Grey Herons got more and more perkily: 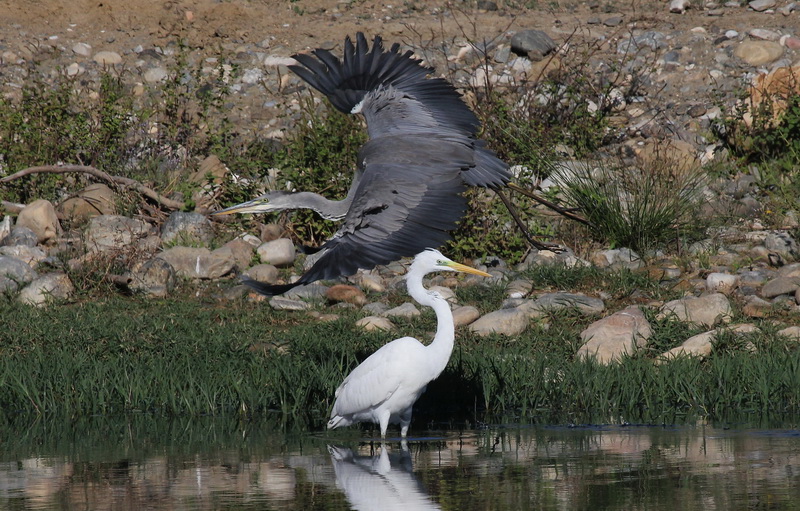 But for the Grey Heron the day should become even more annoying, but for me even nore beautiful, because a jeep further up braked and by that had flushed a flock of Black Storks, which I had not seen until the moment: 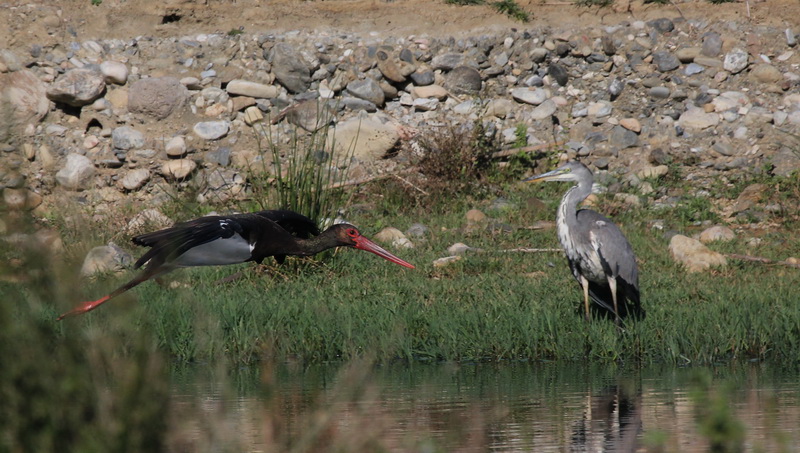 And they directly came flown into my direction! 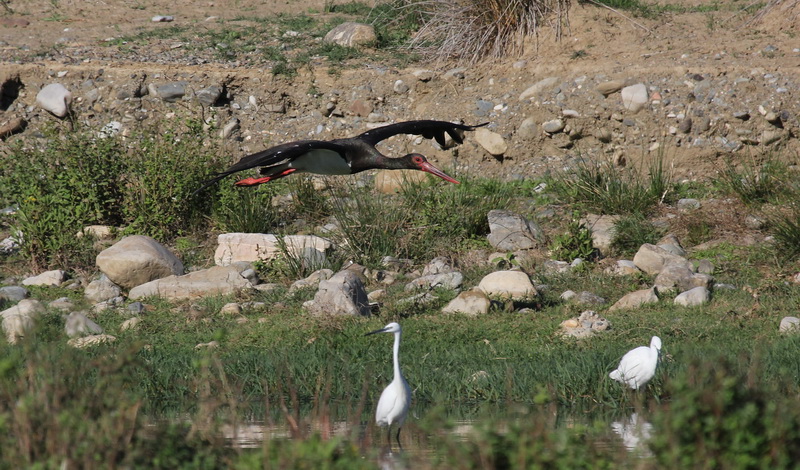 And as one of these shy guys landed in front of me, I was the happiest birder in the worldl! This dream lasted only a few moments, because the group of Black Storks decided to fly upstream. But dreams don't last forever! One can only be most happy when it at least happens! 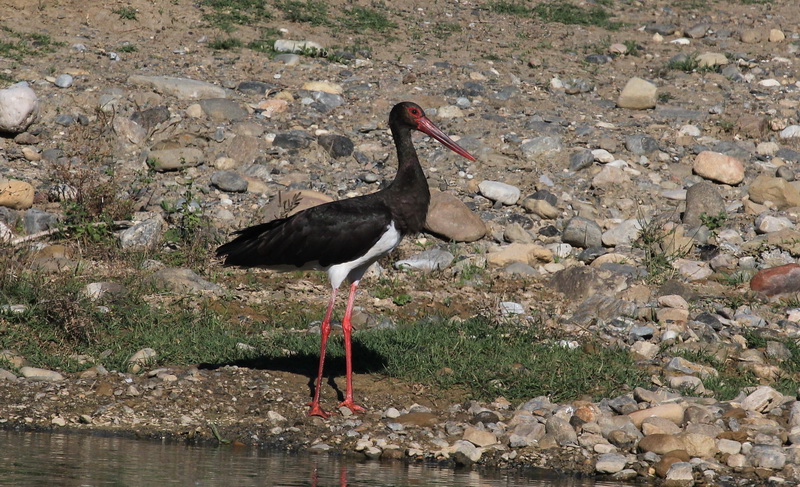